Some fun multimedia from NASA, including (free) Exoplanet Travel Bureau posters, cool 360-degree visualizations, and a journey into the life and death of planetary system. 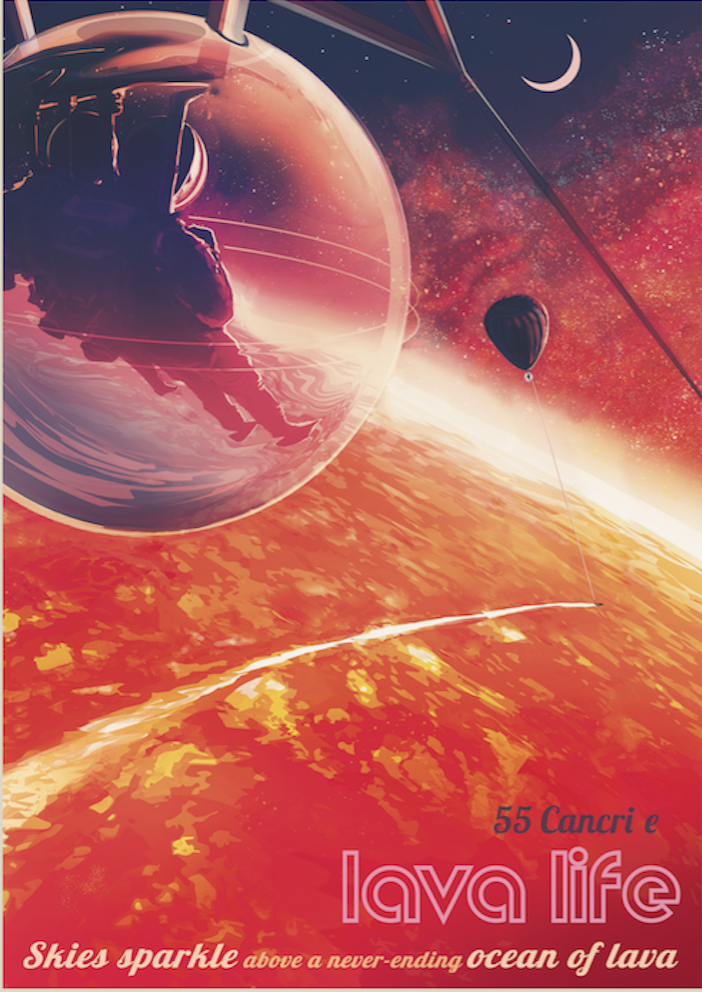 This Exoplanet Travel Bureau poster illustration shows futuristic explorers gliding in a protective bubble over the red-hot landscape of the exoplanet 55 Cancri e. Exoplanets are planets outside our solar system. Download this poster here. Image via NASA/JPL-Caltech.

Designed in the style of vintage travel posters, the Exoplanet Travel Bureau poster series imagines what it might be like to visit known planets outside our solar system, which are called exoplanets. The newest poster (above) shows futuristic explorers in a protective bubble, gliding over the red-hot landscape is 55 Cancri e, a planet that may be covered in a lava ocean.

It’s a fun collection of posters, and they are all free to download. See them all here.

55 Cancri e is also now part of the Exoplanet Travel Bureau’s 360-degree visualization tool, which lets you take a virtual tour of what the planet’s surface might look like, based on the limited data available (no photos of the planet exist). Seen as a massive fiery orb on the horizon, the planet’s star is 65 times closer to 55 Cancri e than the sun is to Earth. On the planet’s cooler nightside, silicate vapor in the atmosphere may condense into sparkling clouds that reflect the lava below.

All of the 360-degree visualizations are viewable on desktop computers, mobile devices and through virtual reality headsets that work with smartphones. 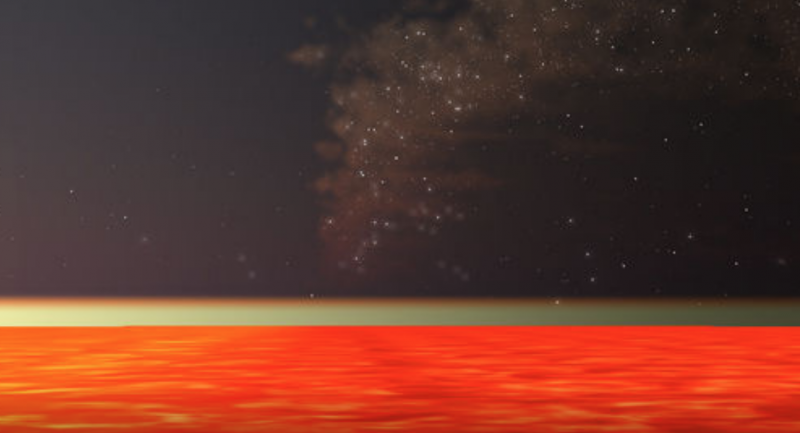 This artist’s illustration from the Exoplanet Travel Bureau’s 360-degree visualization tool reveals what the surface of exoplanet 55 Cancri e might look like, based on the limited data available. This exoplanet (a planet outside our solar system) is thought to be covered entirely in molten lava. Image via NASA/JPL-Caltech.

Life and death of a solar system

How do stars and planets come into being, and what fate awaits planets after their stars die? The interactive web feature Life and Death of a Planetary System takes you on an in-depth journey through the formation, evolution and eventual demise of a solar system. This story offers insight into how our planet Earth formed, and what will happen to it when the sun dies. 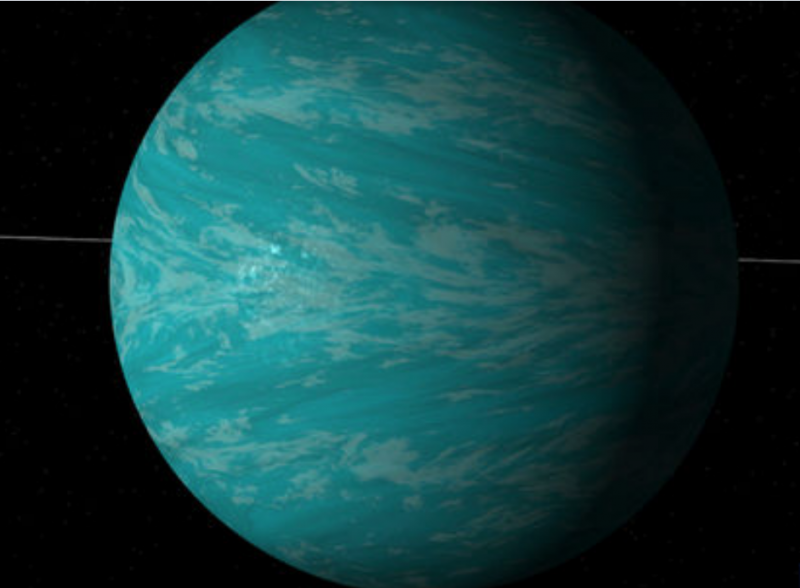 This artist’s illustration of a planet in the TRAPPIST-1 system can be found in NASA’s Eyes on Exoplanets 2.0. The web-based program lets users virtually fly through the galaxy and visit any of the nearly 4,000 known exoplanets, all visualized in 3-D. Image via NASA/JPL-Caltech.