On Monday, the sea-going research vessel EV Nautilus will search for fragments of a minivan-sized meteorite that fell into the ocean, after lighting up skies over Washington, Oregon and British Columbia. You’re invited!

On Monday – July 2, 2018 – the sea-going research vessel Exploration Vessel Nautilus will search for fragments of a minivan-sized meteorite that fell into the ocean, after lighting up skies over Washington, Oregon and British Columbia in March. You’re invited! The search will take place about 14 miles (22 km) off the coast of the U.S. state of Washington. It’ll focus on the area in and around NOAA’s Olympic Coast National Marine Sanctuary. Assuming the weather cooperates, a Remotely Operated Vehicle (ROV) dive is scheduled to begin at approximately 9:00 a.m. PDT (16:00 UTC; translate UTC to your time) and last about seven hours. The public is invited to watch this exploration live at www.nautiluslive.org.

You’ll see what we find as soon as we do. 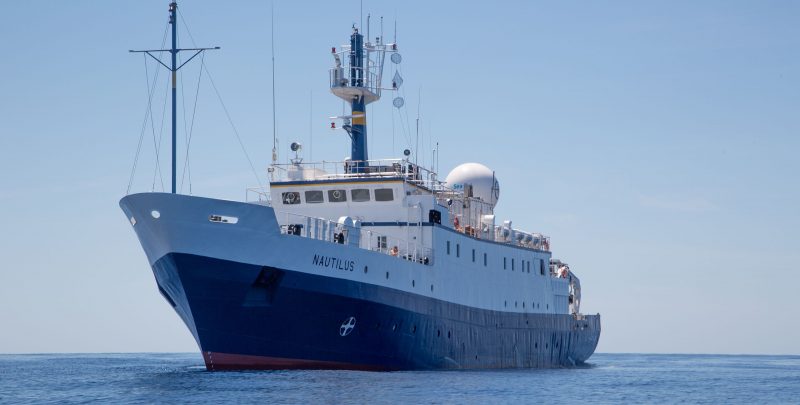 The EV Nautilus, via Wikimedia Commons.

Scientists used weather radar to help predict where the heaviest concentrations of the meteorite landed.

The American Meteor Society (AMS) also mapped the trajectory of the meteor that lit up skies and caused a loud boom on March 7, 2018. The AMS produced the map below, showing the possible trajectory of the object as it sped over skies in the Pacific Northwest, heading for the ocean. 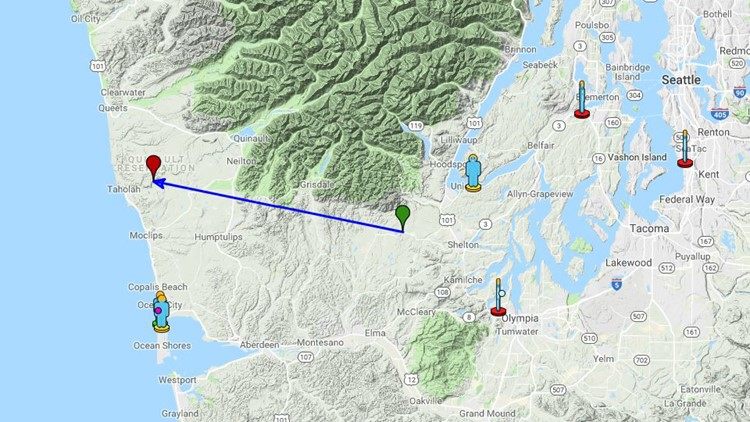 This American Meteor Society map is based on observations from the ground and shows a likely trajectory for the meteor. Map via AMS.

So … wow! And it’ll be very exciting if Nautilus finds something.

Special thanks to EarthSky reader JM – and to our friend Shireen Gonzaga – both of whom gave us a heads up on this story and sent helpful links.

Bottom line: Scientists are planning an underwater search with ROVs from the EV Nautilus, looking for fragments of a large meteorite thought to have plunged into the ocean in or around the Olympic Coast National Marine Sanctuary in March, 2018. Watch this exploration live at www.nautiluslive.org beginning at approximately 9:00 a.m. PDT (16:00 UTC; translate UTC to your time) and lasting about seven hours.