Follow Musk’s description of the successful launch of the Falcon Heavy lift vehicle, which will give the U.S. a capability in space not seen since the Saturn V rockets of the Apollo era. 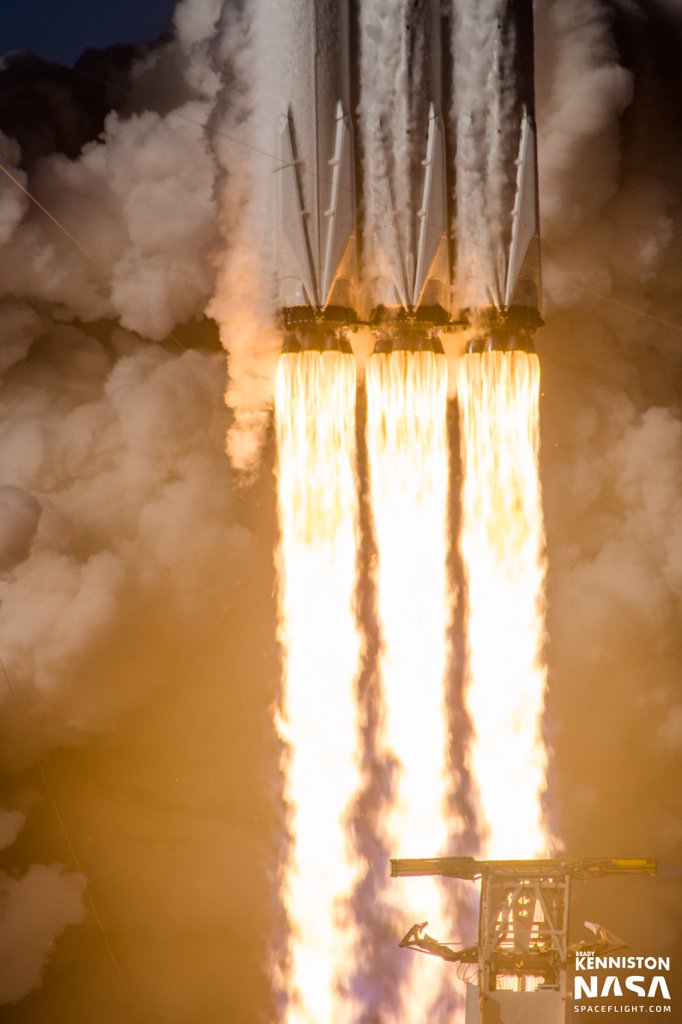 Elon Musk (@ElonMusk on Twitter) re-tweeted this image from Brady Kenniston (@TheFavoritist on Twitter), who wrote: “Oh my god … Remote number one from Falcon Heavy!”

Elon Musk is founder of the private aerospace company SpaceX, which – on Tuesday, February 6, 2018 – successfully launched the world’s most powerful new space rocket, the Falcon Heavy. He’s also an inveterate tweeter, and a pleasure to follow on Twitter. The tweets below, shared with his nearly 19 million Twitter followers, gave us space fans the kinds of insights we used to only dream about.

Yesterday’s exciting and admittedly risky launch, SpaceX says, could mean game over for its private space company rivals. The Falcon Heavy will provide the United States a heavy-lift capability in space not seen since the Saturn V rockets of the Apollo era.

About 2.5 hours to T-0 for Falcon Heavy. Watch sim for highlight reel of what we hope happens. Car actually takes 6 months to cover 200M+ miles to Mars https://t.co/tC3B26r651

Prior to the launch, Musk had told reporters that the challenges of developing the new rocket meant the chances of a successful first launch might be only 50-50. He said after the event:

I had this image of just a giant explosion on the pad, a wheel bouncing down the road. But fortunately that’s not what happened. 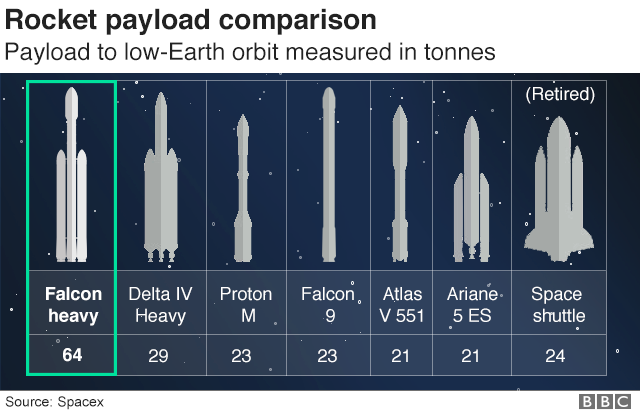 Then, on February 6, after all the planning and dreaming … it was time for the ambitious and risky test launch.

Launch auto-sequence initiated (aka the holy mouse-click) for 3:45 liftoff #FalconHeavy 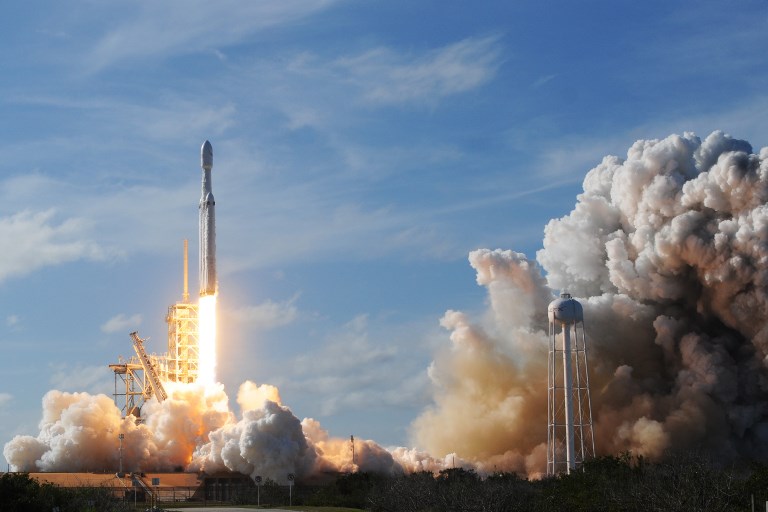 The SpaceX Falcon Heavy launched from Pad 39A at the Kennedy Space Center in Florida, on February 6, 2018, on its demonstration mission. It is now the world’s most powerful rocket.

Screams and cheers erupted at Cape Canaveral, Florida, as the massive rocket fired its engines and lifted into the sky. The Falcon Heavy is essentially three of SpaceX’s workhorse Falcon 9 vehicles strapped together. In a typically Musk-ian touch of whimsy, the Falcon’s upper stage and test payload is Musk’s own old $100,000 cherry red Tesla Roadster sports car, and a dummy in its driver’s seat called Starman rocking to David Bowie’s Life on Mars. 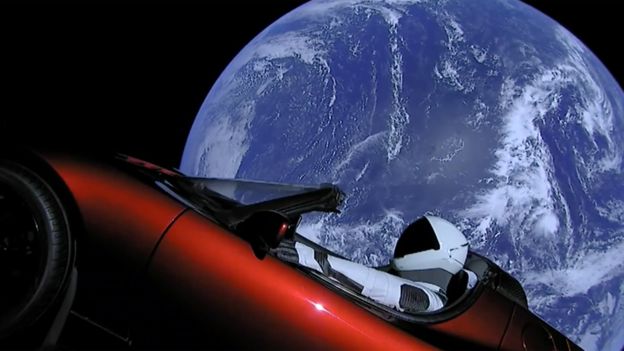 Car and Starman now their way towards Mars’ orbit.

SpaceX has been working hard to bring the boost stages – the lower segments of the rocket – back to Earth in controlled landings. Here are two of them setting down.

Then the focus shifted back to the upper stage and its attempted burn to carry it to Mars’ orbit and beyond.

View from SpaceX Launch Control. Apparently, there is a car in orbit around Earth. pic.twitter.com/QljN2VnL1O

Printed on the circuit board of a car in deep space

And finally … a successful burn, and Starman was outward bound!

Can’t get enough? Check out the 30-minute video, below, from SpaceX. It’s an updated version of Tuesday’s live webcast and includes both side booster cameras and additional Starman views.

Bottom line: Tweets and video from SpaceX and Elon Musk on Tuesday’s successful launch of the Falcon Heavy. Go SpaceX!