Eclipse season for the Solar Dynamics Observatory begins twice a year near each equinox.

An Earth eclipse of the sun was captured in this image by NASA’s Solar Dynamics Observatory (SDO). It marks the start of the eclipse season from the vantage point of space at the solar-observing telescope, which is locked in geosynchronous orbit about 22,000 miles above Earth. Eclipse season for SDO begins twice a year near each equinox, according to NASA. Expect more eclipse images in the coming weeks, as the season starts on September 11, 2011, and lasts until October 4. 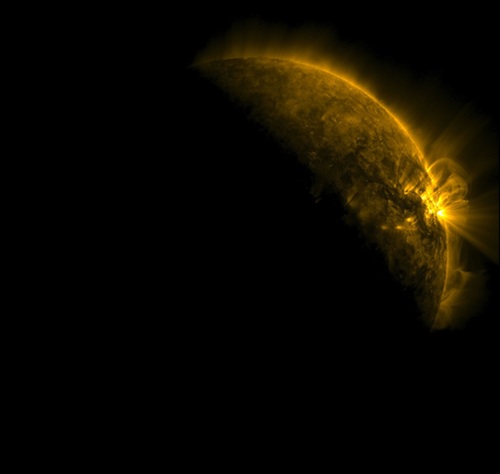 Our sun in 3D, for first time in human history