Spacecraft is headed to L-1 point in Earth-sun system, where it’ll provide advance warning of incoming solar storms that can disrupt power grids and satellite systems. 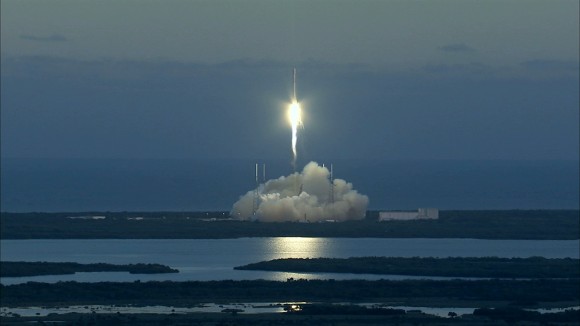 NOAA’s DSCOVR satellite atop a SpaceX Falcon 9 rocket lifted off at 6:03 pm ET on Wednesday, February 11, 2015, from NASA’s Kennedy Space Center. Previously scheduled launches on Sunday and Monday were canceled due to unfavorable weather conditions.

The launch was expected to be SpaceX’s second attempt to test reusable rockets, after the previous attempt, less than a month ago, crashed and burst into flame, but today poor weather conditions canceled the plan. The plan had been for the first stage of the Falcon 9 rocket to come back down to Earth and land on an ocean platform near the Florida coast, but the rocket instead attempted a “soft landing” into the water. SpaceX found Elon Musk later tweeted that the rocket landed near its target, suggesting the landing would have been successful had the weather cooperated.

Landing on a stormy sea pic.twitter.com/7EY25g3IU5 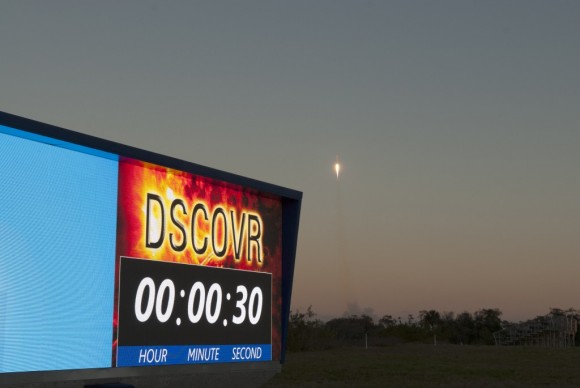 Did you miss the launch? You can watch it, below.

DSCOVR mission is a fascinating one. The spacecraft’s primary mission is to monitor space weather – effects from the material and energy from the sun that can impact our satellites and technological infrastructure on Earth. DSCOVR is also designed to provide full-disk imagery of Earth at multiple wavelengths. That imagery is expected to give scientists a better understanding of our planet and lead to improved climate prediction models.

DSCOVR’s destination is one of the sun-Earth Lagrangian points – Lagrange 1 – a point in the Earth-sun system some 932,000 miles (1.5 million km) from Earth, where the the gravitational forces between the sun and Earth create a relatively stable place for a space vehicle to orbit. A spacecraft can orbit the Lagrange 1 point just as it can orbit a planet. Lagrange 1 lies far beyond Earth’s magnetic environment, making it a perfect place to measure the constant stream of particles from the sun, known as the solar wind, as they pass by.

From its orbit around Lagrange 1, DSCOVR will provide critical data necessary for NOAA space weather forecasters to issue timely and accurate warnings of solar storms, which have the potential to disrupt major public infrastructure systems such as power grids, telecommunications, aviation and GPS.

DSCOVR is a planned two-year mission, but its fuel could last five years, say scientists. 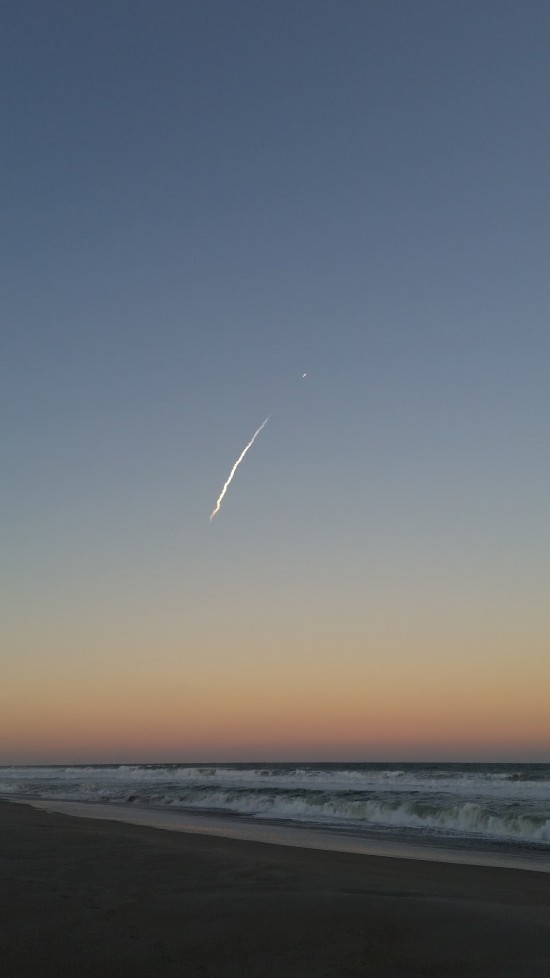