The National Academies of Sciences, Engineering and Medicine (NASEM) in Washington, D.C., just released a new congressionally mandated report that aims to guide scientists’ study of exoplanets in the years to come. Among other things, the report urges NASA to lead a comprehensive direct imaging mission – using a new advanced space telescope – to study Earth-like exoplanets orbiting stars similar to our sun. The report is called Exoplanet Science Strategy.

The past several years have seen an explosion in the number of known exoplanets, or planets orbiting distant suns. At the moment, there are 3,779 confirmed planets, plus an additional 2,737 candidates awaiting verification. How many have been directly imaged? Fewer than two dozen, according to Wikipedia’s list of directly imaged exoplanets.

Many of the discovered exoplanets orbit close to their stars, and thus images are exceedingly difficult to image. Many are gas giants like Jupiter and Saturn, but others are smaller and rocky, like Earth. These rocky worlds would be the most difficult to image, but they’re of particular interest to astronomers and scientists, since at least some of them have the potential to be habitable and maybe even host life of some sort.

When scientists speak of Earth-like exoplanets, they’re basically referring to rocky planets of a similar size to Earth. With the limited information we currently have about these worlds, it’s still unknown how many of them have actual similarities to Earth, in terms of water, atmosphere, composition, habitability and so on. Obtaining that information is the next step in exoplanet research. From the report:

The past decade has delivered remarkable discoveries in the study of exoplanets. Hand-in-hand with these advances, a theoretical understanding of the myriad of processes that dictate the formation and evolution of planets has matured, spurred on by the avalanche of unexpected discoveries. Appreciation of the factors that make a planet hospitable to life has grown in sophistication, as has understanding of the context for biosignatures, the remotely detectable aspects of a planet’s atmosphere or surface that reveal the presence of life. 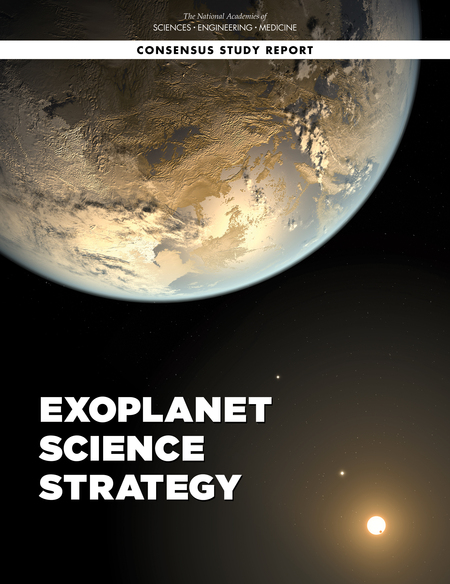 The cover of the new report, Exoplanet Science Strategy 2018, by the National Academies of Sciences, Engineering and Medicine.

There are two main goals as outlined in the report:

To understand the formation and evolution of planetary systems as products of star formation and characterize the diversity of their architectures, composition, and environments.

To learn enough about exoplanets to identify potentially habitable environments and search for scientific evidence of life on worlds orbiting other stars.

The overall objective is to use both theory and observations to search for evidence of past and present life elsewhere in the universe. Rocky planets like Earth are the primary focus, given what we know about how life evolved here. A growing number of such worlds have been discovered by various missions and telescopes such as the Kepler Space Telescope, including ones in their stars’ habitable zones, although most are quite distant. The new TESS mission, which just launched a few months ago, is currently looking for similar planets closer to our own solar system.

A key aspect of that objective is to directly image these planets, which will require funding and long-term monitoring to see results. The report recommends using instruments that can directly image an exoplanet by blocking the light emitted by the parent stars – such as with a coronagraph or starshade.

Being able to determine what conditions are actually like on some of these rocky worlds – or even detect possible biosignatures – would open an exciting new chapter in exoplanet research. Other recent studies have shown that even planets covered completely in water – as some water worlds are thought to be – could potentially support life (both water and geologically active land masses are thought to have been necessary for life on Earth). Such discoveries increase the possibility of many worlds being able to support life, not just ones that are more “Earth-like.” 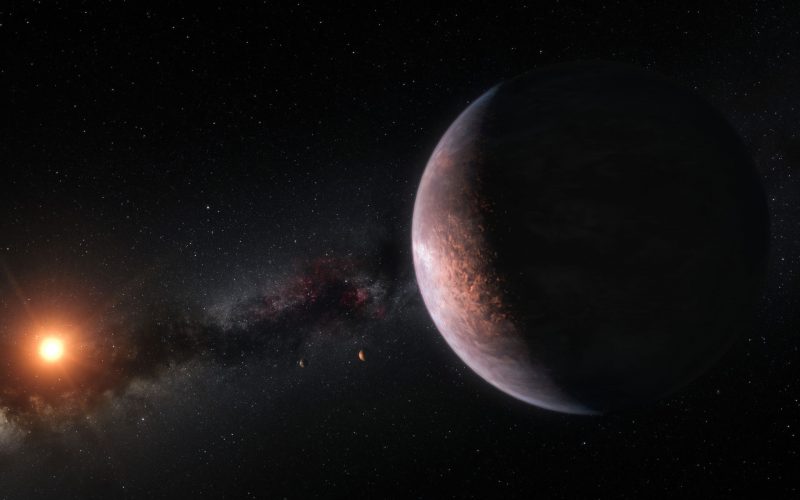 Artist’s concept of one of the Earth-sized exoplanets orbiting the star TRAPPIST-1. A growing number of such worlds are now being discovered. How many of them could support life? Image via ESO/M. Kornmesser.

In addition to the new direct imaging capabilities, the report also notes that other ground-based observations will be essential. This would include the future Giant Magellan Telescope and the proposed Thirty Meter Telescope. These telescopes could not only provide advanced imaging and spectroscopic abilities of entire planetary systems, they could also detect molecular oxygen – a potential biomarker – in the atmospheres of rocky planets. The report further recommends that the National Science Foundation should invest in both telescopes to provide all-sky access.

The Kepler Space Telescope, now nearing its end of its mission, looked at stars relatively close by, while TESS will focus on stars even closer, in our sun’s immediate neighborhood. Another space telescope, however, the Wide Field Infrared Survey Telescope (WFIRST), would look at stars much further out, for which we still have little information as to planets, and enable a large direct imaging mission. WFIRST received the Academies’ highest priority in the 2010 Astronomy and Astrophysics Decadal Survey.

In addition, the report recommends that the James Webb Space Telescope should be used to systematically collect data on exoplanet atmospheres early in its mission.

The model of NASA’s interdisciplinary collaboration initiative – the Nexus for Exoplanet System Science – should also be expanded by supporting a cross-divisional research effort inviting proposals for interdisciplinary research. The report also calls on NASA to support a robust individual investigator program – including grants for theoretical, laboratory, and ground-based telescopic investigations to fully realize the scientific payoff of exoplanet missions. 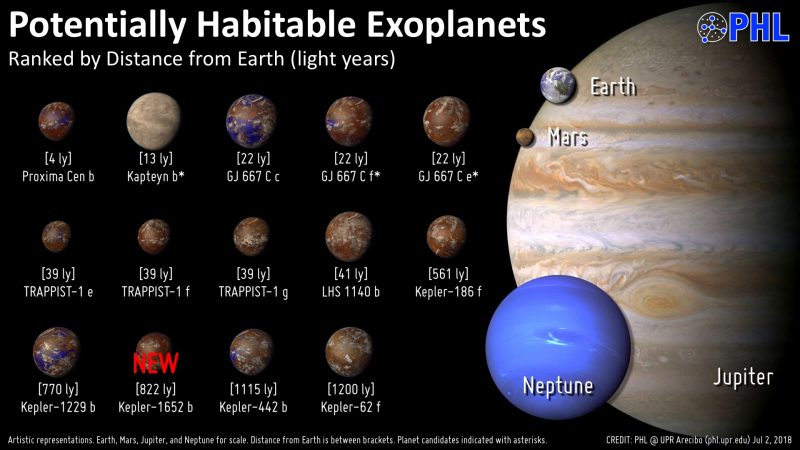 The report goes even further however, and is not limited to just scientific interest. It also acknowledges another very important issue – the discrimination and harassment that exist in the scientific workforce and how that can affect the exoplanet research community by posing barriers to the participation of people from certain demographic groups:

To maximize scientific potential and opportunities for excellence, institutions and organizations should take concrete steps to eliminate discrimination and harassment and to proactively recruit and retain scientists from underrepresented groups.

Bottom line: The discovery of a growing number of Earth-sized exoplanets, some potentially habitable, is one of the most exciting developments in space science. The new report from NASEM urges NASA to make more detailed observations of these worlds a priority, which is great news. Such near-future studies may well lead to one of the most important discoveries in history – another inhabited world.

Via The National Academies of Sciences, Engineering and Medicine