Astrophysicists at Georgia Institute of Technology announced on June 6, 2011 that their recent work has provided an important test of a long-standing theory describing the extreme physics that takes place when matter spirals into massive black holes. Their work involves a detailed analysis of X-rays which are emitted when superheated gases in an accretion disk fall into the black hole abyss.

Since nearly every galaxy, including our Milky Way, is thought to have a massive black hole at its heart, the complex processes that occur when matter flows from an accretion disk into a black hole reveal what takes place in the cores of galaxies. In turn, that information is vital to theories describing the formation of galaxies. Thus the physics of matter falling into black holes is the subject of intense research.

David Ballantyne is an assistant professor in Georgia Tech’s School of Physics and a scientist at the school’s Center for Relativistic Astrophysics. He led a team including Jon McDuffie and student John Rusin. They were particularly concerned with black holes in the nuclei or centers of active galaxies. An active galactic nucleus (AGN) is a compact region at the center of a galaxy that has a higher-than-normal luminosity over some or all of the electromagnetic spectrum. Active galaxies often can be found at great distances from us, indicating that we see them at an earlier time in the universe, closer to the time when they and their central black holes formed.

Ballantyne, McDuffie and Rusin wanted to study the ionization state of the matter falling into black holes. This state – which occurs when atoms or molecules are subjected to extreme conditions, like those in the vicinity of black holes – is related to the radiation from black hole accretion disks. The team scrutinized the unique “fingerprints” obtained via X-ray observations from the centers of eight different distant galaxies, all, presumably, with black holes and surrounding accretion disks at their hearts. Ballantyne said:

We reviewed data collected from space telescopes over the past few years and found that the more rapidly a black hole was gobbling up material, the more highly ionized the accretion disk was. The simple theory of accretion disks predicts this, but the relationship we saw between the ionization and rate of accretion was different from what the theory predicted.

The large difference between the observed and theoretical relationships – what these scientists described as “a linear dependence on the rate of accretion as opposed to a cubic dependence” – is not surprising for a phenomenon that can’t exactly be tested under controlled laboratory conditions. In a paper published online June 3, 2011 in The Astrophysical Journal, Ballantyne describes the research and speculates about possible reasons for the difference between observations and theory.

Ballantyne added that this type of study needs more data.

As in many areas of science, especially astronomy, we end up needing more data – many more high-quality observations to better define this relationship. 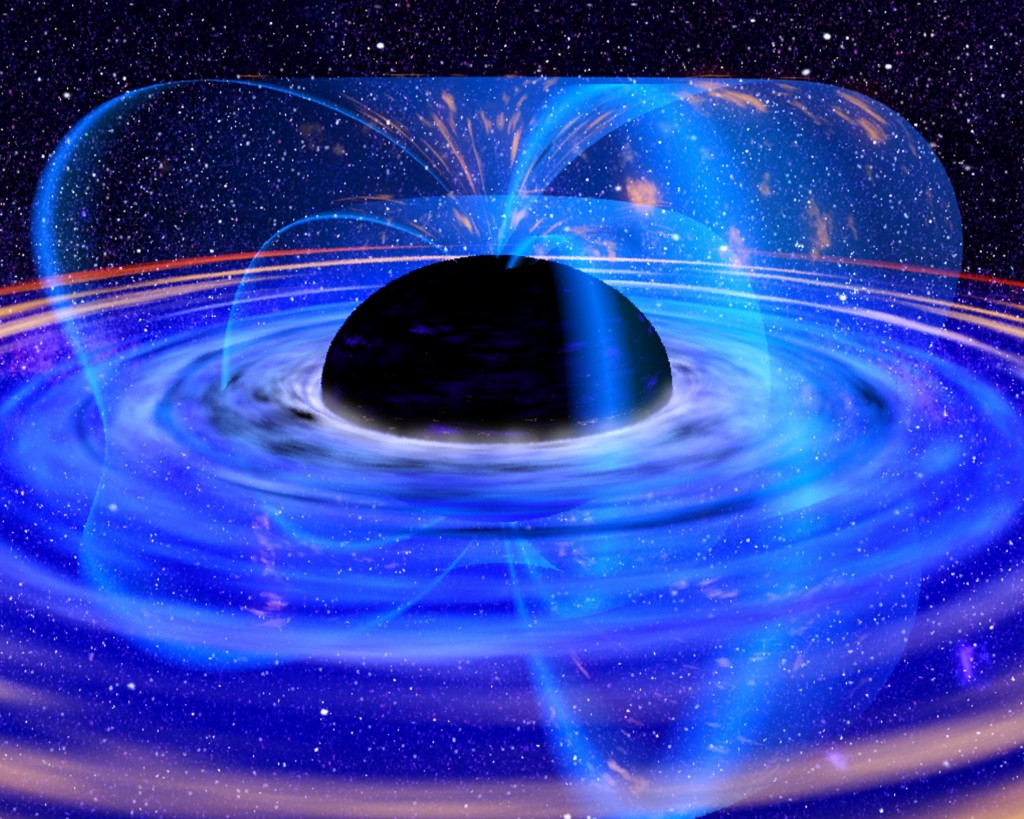 Astrophysicists don’t have a detailed understanding of how the accretion process works, why black holes grow at different rates or what makes them stop growing. These questions are important because the growth of active galactic nuclei has broader effects on the galaxies of which they are the center. Ballantyne said:

The rapid accretion phase releases a lot of energy, not only in radiation but also in outflows that drive gas out of a galaxy, which can shut off star formation and hold back the growth of the galaxy. We could potentially learn something fundamental about the flow of energy through the accretion disk very close to the black hole. We could learn about the viscosity of this matter and how efficiently radiation transport takes place. These are very important questions in astrophysics.

Black holes themselves are very simple, but what goes on around them can be very complex. There is still a lot to be learned about how black holes get fueled and how some accrete slowly while others grow rapidly. The astrophysics of black holes is actually very important in determining what our universe looks like.

Bottom line: David Ballantyne, Jon McDuffie and John Rusin of the Georgia Institute of Technology’s Center for Relativistic Astrophysics have scrutinized the X-ray “fingerprints” of black holes in eight distant active galaxies, thereby testing a long-standing theory describing what happens when matter spirals into a massive black hole. By looking at X-rays, they were able to study processes in the accretion disk. Their study appeared online in the June 3, 2011 issue of The Astrophysical Journal.