Since December 2010, over 35,000 volunteers have used the crowdsourcing power of Zooniverse to uncover thousands of giant gas bubbles in our Milky Way galaxy.

An army of citizen scientists has uncovered thousands of giant gas bubbles spread throughout our corner of the Milky Way galaxy. These bubbles, actually gargantuan curved sheets of glowing hydrogen gas and interstellar dust grains, are thought to pinpoint sites of massive star formation. As of 2012, the amateur scientists have helped create a catalog of over 5,000 interstellar gas bubbles via the online Milky Way Project. This new bubble catalog – which might help shed new light on the mysteries of how the largest stars in the Milky Way form – was described in a paper at arXiv.org in January, 2012.

Stars form when massive clouds of predominately hydrogen gas collapse under their own gravity. As pockets of stars begin to light up within this cloud, the most massive and brightest stars can actually sculpt out a void in the gas driven by the intense radiation they emit: a bubble in the space of our Milky Way galaxy. 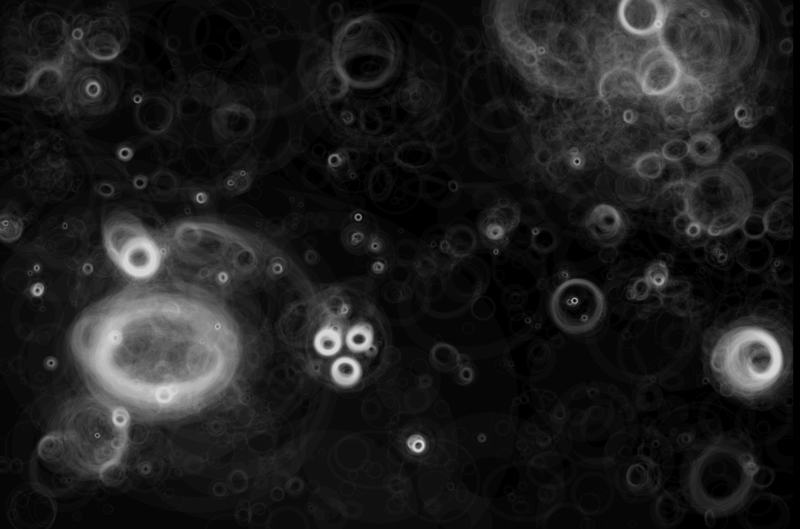 This is what the Milky Way Project calls a heat map. It’s basically a map of the raw clicks and drawings that users have made on the images, highlighting where giant bubbles are located in our Milky Way.

The ultraviolet light from these stars causes the gas in the inner walls of these space bubbles to fluoresce. Additionally, dust grains in the bubble get heated to over 17,500 degrees Fahrenheit, which causes them to emit infrared light. The glowing dust and gas is what allows astronomers to see and study giant bubbles throughout our Milky Way galaxy.

But many questions remain: what starts the collapse of these massive star forming regions? How do the interstellar dust grains survive the intense heat and radation of these stars? 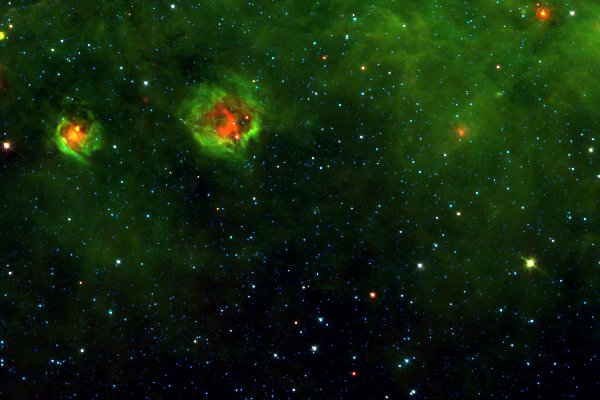 To help answer these and other questions, astronomers have turned to the crowdsourcing power of the Zooniverse, a collection of websites that recruit volunteers to participate in ongoing astronomy research. The Milky Way Project invites armchair astronomers to pore through infrared images from the Spitzer Space Telescope. Armed with knowledge gained from a brief online training tutorial, these volunteers are unleashed upon the data and encouraged to identify as many bubbles as they can. Sophisticated computer algorithms then collect and translate these hand drawn bubbles into measurable quantities like size, thickness, and distance.

The Milky Way Project is a joint effort sponsored by Chicago’s Adler Planetarium, the Citizen Science Alliance, and the Spitzer Space Telescope. 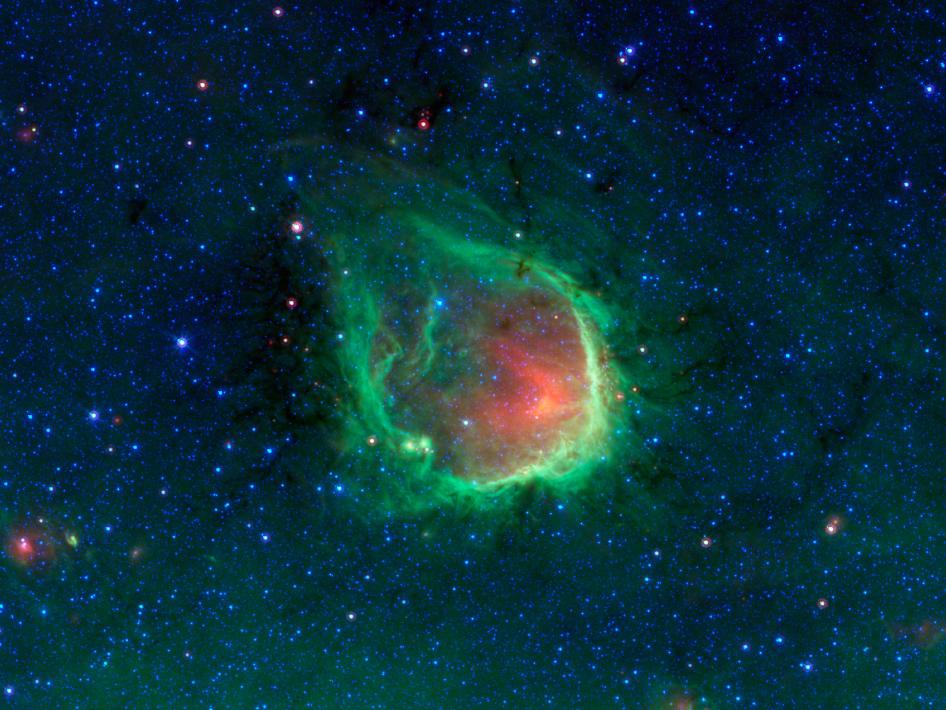 Another Spitzer image of a Milky Way bubble. More about this image.

Over 35,000 volunteers have drawn approximately 500,000 individual bubbles since December 2010. The current version of the catalog assembled from these individual entries contains 5,106 infrared bubbles. These bubbles are truly immense. While most are about 10 light-years in diameter, the largest are roughly 150 light-years across. They sit at distances ranging from 6000 to 45,000 light-years from the Earth. To put that in to perspective: when the light from the closest of these bubbles started on its interstellar journey, our Bronze Age ancestors were inventing the potter’s wheel in ancient Mesopotamia.

The existence of smaller bubbles residing on the rims of larger bubbles might indicate what astronomers call triggered star formation. That is, the expanding shell of one massive star forming region might shock another nearby gas cloud into collapsing. Thus the formation of one cluster of stars might directly lead to the creation of hosts of other nearby clusters. Teasing out such hierarchical bubble structures is one of the primary goals of this project.

Bottom Line: Online volunteers have led to the creation of a catalog of over 5,000 interstellar gas bubbles which will allow astronomers to explore the mechanisms underlying the formation of massive stars. It’s called the Milky Way Project, and it’s from Zooniverse – sponsored by Chicago’s Adler Planetarium, the Citizen Science Alliance, and the Spitzer Space Telescope.

What are whales talking about? Help find out