The New Horizons spacecraft will have enough fuel for a side trip to a frozen object near Pluto, and IceHunters wants your help in picking it out.

After NASA’s New Horizons spacecraft reaches Pluto in 2015, it should have just enough fuel to change course toward one or more Kuiper Belt objects — frozen remnants of the solar system’s formation. Astronomers have identified an area where the spacecraft should encounter these objects and have taken images of the region. To make the millions of images available for public view, a team at Southern Illinois University Edwardsville (SIUE) has created the website IceHunters. They hope to enlist the public’s help in discovering a Kuiper Belt object with just the right orbit to carry it into the path of the New Horizons spacecraft. 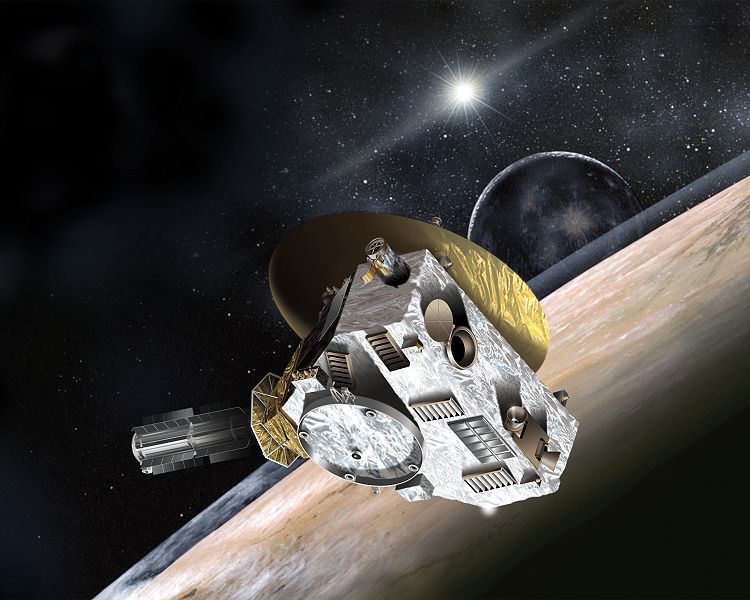 Artist’s concept of New Horizons encountering Pluto and its moon Charon. New Horizons launched in 2006 on a journey that would carry it past Jupiter in 2007 and on to Pluto in 2015. Image Credit: NASA

The Kuiper Belt is a region of space that stretches from within the orbit of Neptune (from 30 AU) out to nearly twice Neptune’s orbit (to roughly 55 AU). It contains a population of icy objects that vary in size from just over half a mile (1 km) across to roughly moon-sized objects like Pluto, Makemake, and Haumea. Today, the Kuiper Belt remains one of the least well-mapped regions of the solar system, but the IceHunters project will map one small slice of this region. Along the way, participants will discover large numbers of variable stars, asteroids, and other Kuiper Belt objects (KBOs).

Known objects in the Kuiper belt. Via Wikimedia

Projects like this make the public part of modern space exploration. The New Horizons mission was launched knowing we’d have to discover the object it would visit after Pluto. Now is the time to make that discovery, and thanks to IceHunters, anyone can be that discoverer.

Example of a difference image. The smudged line in the upper center indicates movement and is probably an asteroid. Via IceHunters

The millions of images available on IceHunters are not beautiful like most astronomical images. Instead, they are difference images: the result of taking pairs of images a few hours or days apart and then subtracting the non-moving elements like stars and galaxies and then noting the things that have moved — such as Kuiper Belt objects and asteroids — and the things that vary in brightness (for example, variable stars). The resulting images are too messy for computers to find the moving and varying objects effectively. But where computers fail, people can step in. The IceHunters website allows people from around the world to easily search through the images for moving objects.

Using just about any modern Web browser, users can circle potential KBOs and mark with a star the locations of asteroids. The website is filled with examples to help get people started. Anyone should be able to take part — no Flash required. 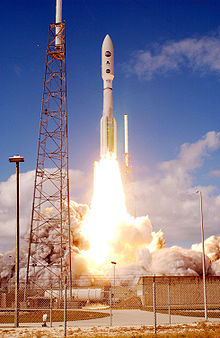 This work is part of SIUE’s ongoing collaboration with the Zooniverse collection of citizen science projects. Over 400,000 Zooniverse volunteers are already making important contributions to such diverse topics as the classification of galaxies in Hubble images, reconstruction of historical records of Earth’s weather, and analysis of close-up pictures of the moon’s surface. The public is invited to become a part of this and all other Zooniverse projects at Zooniverse.org.

Summary: Pamela Gay and Cory Lehan, Southern Illinois University Edwardsville (SIUE), have created the website IceHunters to enlist the public’s help in identifying objects in the Kuiper belt that might be suitable for an encounter with the spacecraft New Horizons when it encounters Pluto.