The new chip will let astronomers peer through the dust cloud in which new planets are forming, in much the same way that firefighters use infrared to see through smoke. 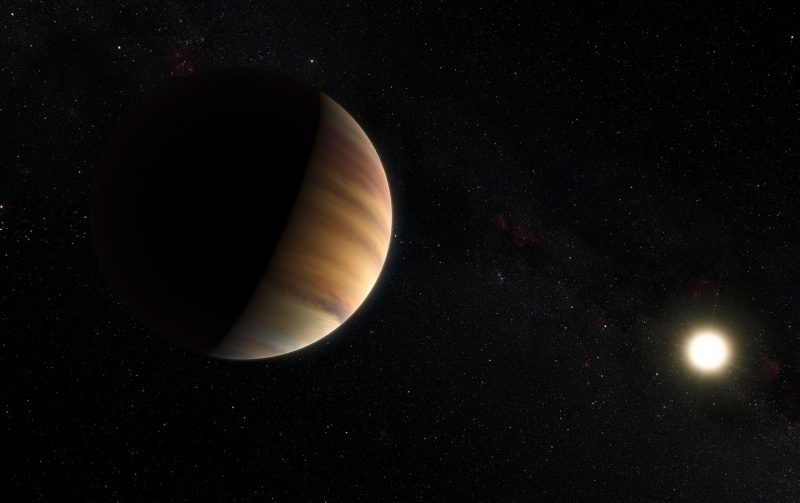 We can’t see distant exoplanets nearly this clearly. An artist created this concept of exoplanet 51 Pegasi b, aka Bellerophon. A new optical chip for telescopes should give astronomers a better view of distant planets and is a step in the direction of knowing whether they are habitable. Image via ESO/ M. Kornmesser/ Nick Risinger.

Within the past couple of decades, astronomers have begun to find planets outside our solar system. With a few exceptions, though, we don’t see these distant planets, or exoplanets, directly. Astronomers mainly infer their presence when, for example, the planet passes in front of its star, causing a minuscule dip in the star’s light. On December 6, 2016, scientists in Australia announced a step in the direction of being able to see more distant planets directly. They’ve developed a new optical chip, or integrated circuit – designed to be used with large telescopes – that they said will give astronomers a clearer view of faraway worlds. Associate professor Steve Madden from The Australian National University (ANU) said the new chip:

… removes light from the host sun, allowing astronomers for the first time to take a clear image of the planet.

PhD student Harry-Dean Kenchington Goldsmith built the chip, which is being presented this week at the Australian Institute of Physics Congress in Brisbane. 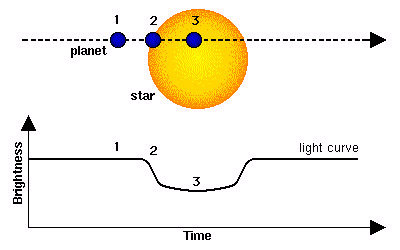 The vast majority of known exoplanets – or planets orbiting distant suns – have been discovered via the transit method, which is illustrated in this graphic. Image via ESA. 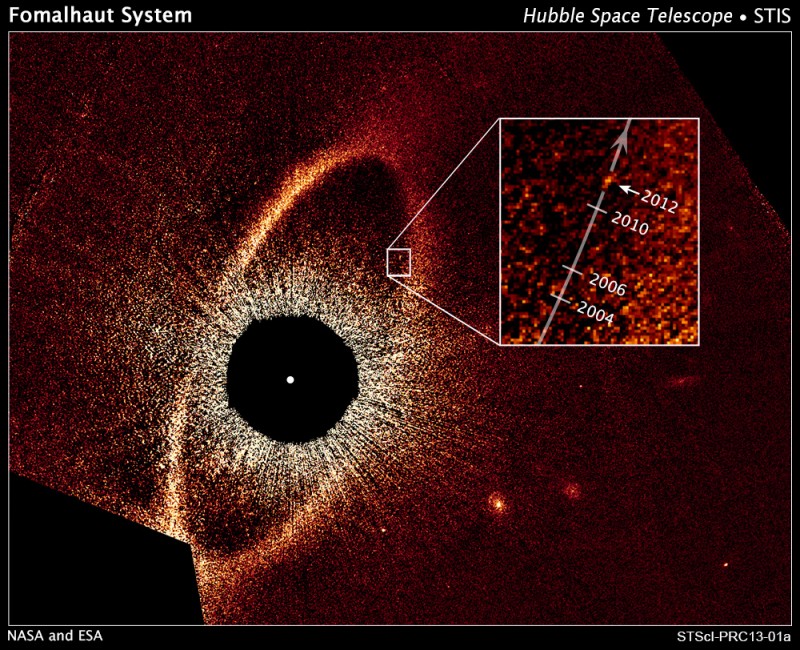 Here’s one exoplanet we do see directly, Fomalhaut b. It’s the tiny dot of light inside the small square. The Hubble Space Telescope acquired images to make this false-color composite in 2013. Read more about this image. Credit: NASA, ESA, and P. Kalas (University of California, Berkeley and SETI Institute.

When he uses the words “clear image,” he doesn’t mean the result will be an image similar to the artist’s impression of 51 Pegasi b, at the very top of this page. He’s talking more along the times of the image of Fomalhaut b, above. That is, we’ll see the exoplanets, at best, as tiny dots of light. Madden told EarthSky:

The view of the planet will at least until the Giant Magellan Telescope is built, only be as a relatively unresolved dot, but what matters is that we will be able to see these quite close in to the host star and ultimately be able to analyze their atmospheres.

He said the first-generation new chip – which is sensitive to infrared light – will be used to see new planets forming inside the vast clouds of dust known to serve as stellar incubators in our galaxy. Steve Madden told EarthSky in an email:

[The chip] enables vision through the dust cloud that typically holds forming exoplanets … It’s like firefighters using infrared to see through smoke.

Madden said the chip can be used in the 10-micron range of the infrared, which is useful because:

At 10 microns in the infrared, there is a characteristic absorption feature for ozone that is unique. Ozone is a biomarker for earthlike life.

And that, these scientists say, is their ultimate goal. They want to help astronomers in their search for habitable worlds outside our solar system. Madden explained:

The ultimate aim of our work with astronomers is to be able to find a planet like Earth that could support life. To do this we need to understand how and where planets form inside dust clouds, and then use this experience to search for planets with an atmosphere containing ozone, which is a strong indicator of life. 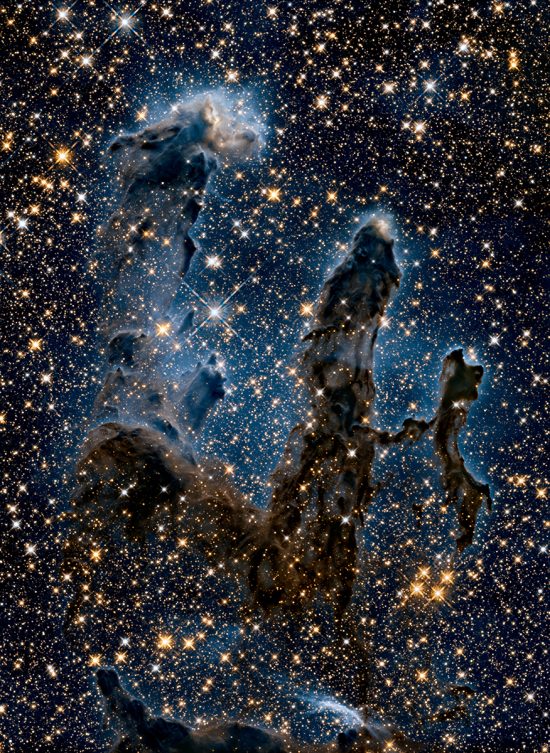 Here are the famous Pillars of Creation, viewed in the infrared. These “pillars” are really vast clouds of dust, in which new stars are forming. The new chip from Australian scientists will be used to peer into star-forming clouds like this one. It should reveal more clearly the stars that are forming there. Hubble Space Telescope image via NASA, ESA, and the Hubble Heritage Team (STScI/AURA).

Madden explained that the optical chip works in a similar way to noise-cancelling headphones:

This chip is an interferometer that adds equal but opposite light waves from a host sun which cancels out the light from the sun, allowing the much weaker planet light to be seen.

We asked about the chip’s limitations. For example, how massive do the planets have to be, and how far away from their stars, in order to seen? Madden told us:

Bigger is always easier (more light). Closer can help too by reflecting more of the sun’s light off the planet.

He said he doesn’t have an exact number yet for how massive and how close.

And, by the way, this chip isn’t useful for just any telescope. Madden said you need a big telescope – at least the size of Japan’s 8.2-meter Subaru telescope, located on the summit of Mauna Kea in Hawaii – to get measurable signal.

Bottom line: Scientists in Australia have developed a new optical ship – integrated circuit – that will let astronomers peer into vast dust clouds and get a clearer view of the planets forming there.