Discern a supermoon’s large size with the eye? An observer says yes

There’s a supermoon this weekend, and many will tell you that you can’t discern its extra large size with just your eye. Daniel Fischer in Königswinter, Germany says that’s not true. 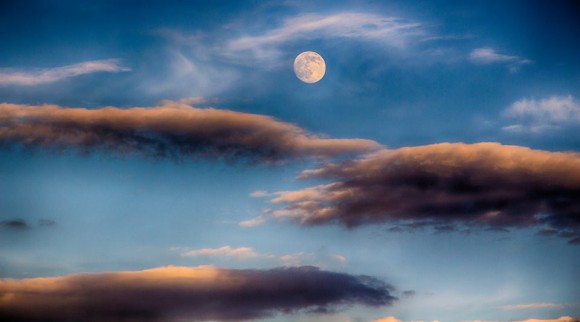 Editor’s Note: As @cosmos4u on Twitter, Daniel Fischer in Königswinter, Germany keeps thousands of people informed each day about what’s going on in astronomy, the night sky and the space program. He begs to differ with the conventional wisdom about supermoons, that you cannot discern the extra large size of a supermoon using your eye alone. In fact, he says, if you watch over a year, you can. Daniel’s report follows …

A perigee moon is commonly nowadays called a “supermoon.” Many will repeat the claim that the eye can’t discern a supermoon’s extra large size without a ruler. But this is simply not true! Obviously these people have never tried for themselves – but I did, inadvertently, beginning around 2011. Without knowing anything about its distance, I watched the February 17, 2011 full moon high in the sky and noted its unusual angular size, that is, its size as it appears on the dome of Earth’s sky. Then checking the ephemeris, the reason was obvious: perigee was close and the moon’s distance only 359,000 kilometers (223,000 miles)! That’s compared to the moon’s average distance of 384,000 kilometers (239,000 miles).

And so I had found out by chance that the ellipticity, or oblong-ness, of the lunar orbit is actually pretty obvious to the unaided eye, with perigee full moons easily recognized as such without being told about their closeness beforehand.

In the following year, I even made a little sport out of guessing the distance of full moons without knowing the numbers, and it worked quite well. To do this properly the moon has to be reasonably high in the sky and away from distracting foreground objects: the moon illusion – the illusion by which a moon near the horizon looks extra large in size – must not be allowed to play a role. Just take in the unobstructed sight (and look how much surface detail of the maria one can actually see with the unaided eye, while you’re at it). 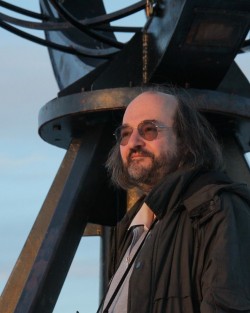 Since then I have repeated the ‘blind’ test a couple of times, by deliberately not caring for the distance of the moon and only looking it up when an accidental sighting of the (nearly or totally) full moon made it appear particularly large: was in the closest 1/3 of its orbit every
time.

The fact that the ellipticity of the lunar orbit can be detected with the unaided eye and without any technical means also raises the question whether that may have happened already in antiquity (which could have led thinkers to question that everything in the cosmos was going around in perfect circles). I have tried to find literature on that topic but couldn’t find conclusive answers.

Bottom line: Many will tell you that you can’t discern the supermoon’s extra large size with just your eye. Daniel Fischer in Königswinter, Germany says that’s not true.