The cloud bands on brown dwarf Luhman 16A were found via instruments known as polarimeters. An astronomer said they’re like “… an astronomer’s polarized sunglasses. But instead of trying to block out that glare, we’re trying to measure it.”

Scientists studying the closest-known brown dwarf – an object much heavier than a planet but lighter than a star – have found that it has bands of clouds reminiscent of those on our solar system’s largest planet, Jupiter. As reported by Caltech, while evidence for cloud bands on brown dwarfs has been seen before, this discovery represents the first time that these features have been inferred using an observing technique known as polarimetry. The researchers used the NaCo instrument on the Very Large Telescope (VLT) in Chile to make the discovery.

The peer-reviewed findings were published in The Astrophysical Journal on May 5, 2020.

Polarimetry works in a way related to the way polarized sunglasses block out bright sunlight. Maxwell Millar-Blanchaer, a scientist at Caltech and lead author of the new study, said in a statement:

I often think of polarimetric instruments as an astronomer’s polarized sunglasses. But instead of trying to block out that glare we’re trying to measure it. 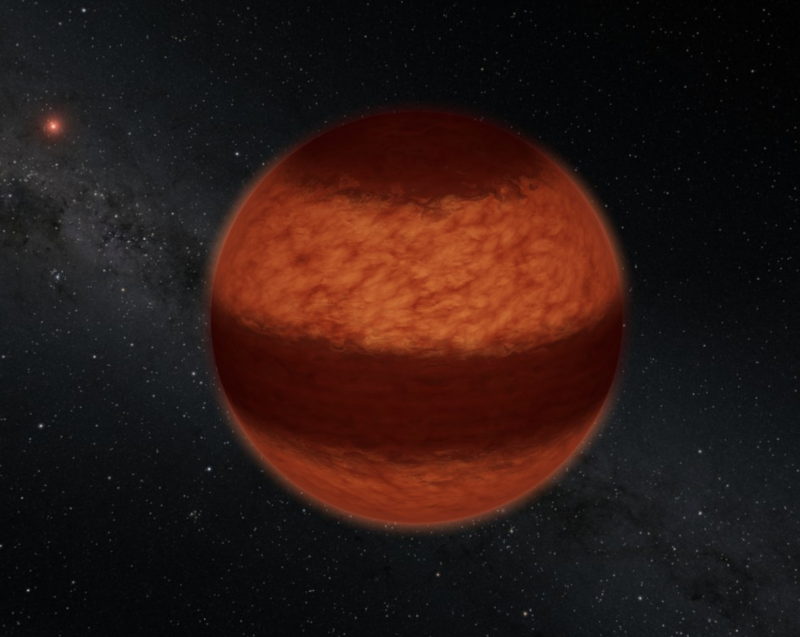 Astronomer Dimitri Mawet, also of Caltech, described the use of polarimetry this way:

Polarimetry is receiving renewed attention in astronomy. Polarimetry is a very difficult art, but new techniques and data analysis methods make it more precise and sensitive than ever before, enabling groundbreaking studies on everything from distant supermassive black holes, newborn and dying stars, brown dwarfs, and exoplanets, all the way down to objects in our own solar system.

The brown dwarf Luhman 16A is actually one of a pair of brown dwarfs in a binary system, similar to a system of binary stars. It is the closest such system known, only 6.5 light-years away from Earth. Each brown dwarf in this system is similar in size to Jupiter, but 30 times more massive. Both have similar temperatures of about 1,900 degrees Fahrenheit (1,000 degrees Celsius).

Scientists had previously found evidence for patchy clouds on the other brown dwarf of the pair, Luhman 16B, but not bands. How and why the other brown dwarf may be different is as yet unknown. Study co-author Julien Girard of the Space Telescope Science Institute (STScI) in Baltimore, Maryland, said:

Like Earth and Venus, these objects are twins with very different weather.

The researchers ruled out other possibilities before determining that Luhman 16A really did have a banded atmosphere. Theodora Karalidi of the University of Central Florida in Orlando, Florida, said:

NASA’s Spitzer Space Telescope previously found banding on three other brown dwarfs. The difference between all the previous observations and the new one is that the old measured changing brightness but not polarized light.

This time, though, NaCo observed polarized light from both of the Luhman brown dwarfs. Millar-Blanchaer said:

Polarimetry is the only technique that is currently able to detect bands that don’t fluctuate in brightness over time. This was key to finding the bands of clouds on Luhman 16A, on which the bands do not appear to be varying. 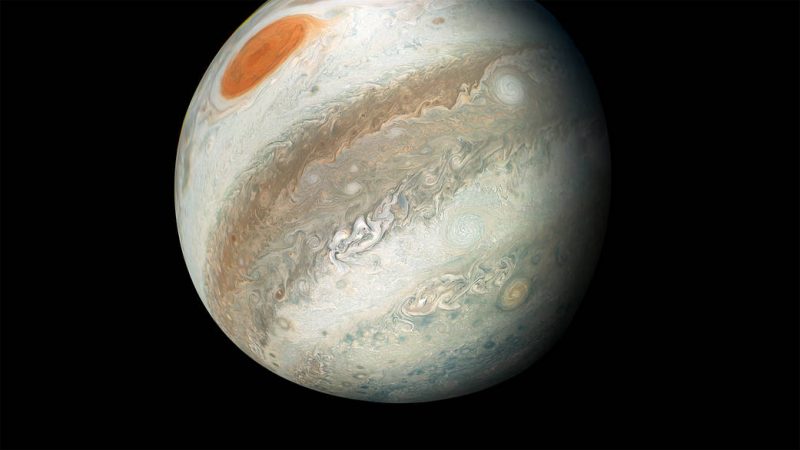 Jupiter as seen by NASA’s Juno spacecraft on April 1, 2018. How much more detail would we see in Luhman 16A, if we could see it up close like this? Image via NASA/ JPL-Caltech/ SwRI/ MSSS/ Gerald Eichstäd/ Seán Doran © CC NC SA.

Polarimetry doesn’t image the brown dwarfs per se, but rather simply measures the amount of polarized light they emit. Scientists then use atmospheric modeling to infer the presence of the cloud bands.

Right now, scientists don’t know how many bands there are on Luhman 16A, but the data suggest at least two.

On Luhman 16A’s brother brown dwarf – Luhman 16B – the study shows that the cloud patches are probably very active and stormy, similar to storms on Jupiter. According to Girard:

We think these storms can rain things like silicates or ammonia. It’s pretty awful weather, actually.

Brown dwarfs are enigmatic objects; they are often referred to as failed stars, since they don’t have enough mass to ignite and shine as full-fledged stars. But they are also more massive than any known planets. They’re sometimes referred to as hybrid objects, between large planets and small stars.

Brown dwarfs are not the only objects that can be studied with polarimetry. The technique is also useful for observing exoplanets – planets orbiting other stars – especially giant, hot planets like hot Jupiters. It’s not easy, though, since hot Jupiters orbit very close to their stars, and so are relatively faint. Other planets are even fainter. 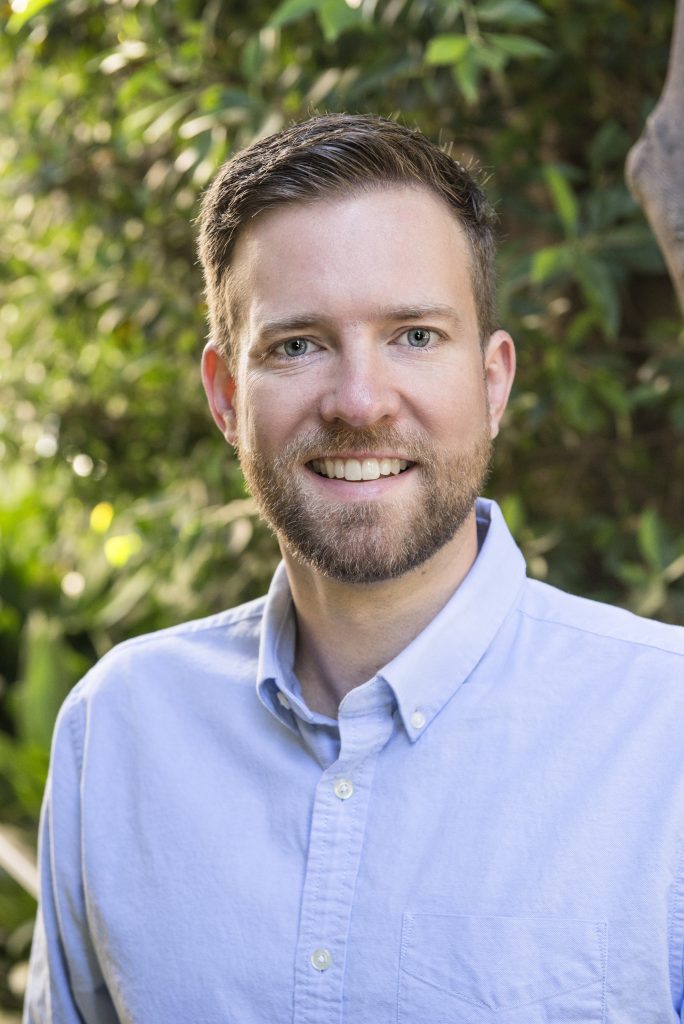 Maxwell Millar-Blanchaer at Caltech, lead author of the new study. Image via Caltech.

Polarimetry is very sensitive to cloud properties, both in brown dwarfs and exoplanets. This is the first time that it’s really been exploited to understand cloud properties outside of the solar system.

According to Millar-Blanchaer, polarimetry is sensitive enough that it might even be able to detect surface liquid water on exoplanets. Now that would be exciting!

NASA’s upcoming James Webb Space Telescope (JWST) and Wide Field Infrared Survey Telescope (WFIRST) will also be able to observe brown dwarfs like Luhman 16A and look for signs of clouds. WFIRST will be equipped with a coronagraph instrument to conduct polarimetry, and may even be able to detect giant exoplanets in reflected light, as well as evidence of clouds in their atmospheres. With missions like these in the near future, scientists will be able to learn much more about brown dwarfs and their variously decorated atmospheres.

Bottom line: Scientists have found evidence of banded clouds on one of the two closest brown dwarfs.

Source: Detection of Polarization due to Cloud Bands in the Nearby Luhman 16 Brown Dwarf Binary