Breakthrough Listen not all about aliens

New SETI project will scan the skies for signs of alien communications, but might also unveil other secrets about the universe. 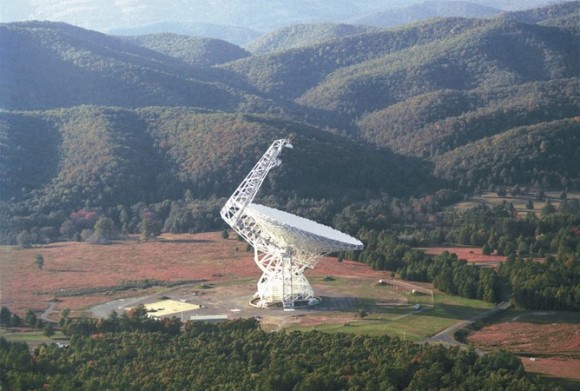 Green Bank telescope is one of the observatories that will eavesdrop on aliens. Photo credit: NRAO/AUI

By Carole Mundell, University of Bath

The Search for Extraterrestrial Intelligence (SETI) project got a $100 million boost last month from Russian billionaire Yuri Milner. While this may seem like a lot of money to spend on a nearly impossible task, many astronomers welcome the investment. The cash will go some way to help save some observatories from closure and allow astronomers to continue to use the facilities for astrophysics research alongside SETI.

The “Breakthrough Listen” initiative, announced on July 20 at the Royal Society in London, will pay for giant radio telescopes at Green Bank in West Virginia, USA and the Parkes Observatory in Australia to scan the skies for signs of alien communications. The Lick Observatory’s optical telescope in San Jose, California will also join the search with the goal of scanning one million stars in our Milky Way galaxy along with a hundred other nearby galaxies. In the UK, the giant Lovell telescope at Jodrell Bank is also involved in SETI programmes.

The funding, to be allocated over a decade, will pay for thousands of hours per year on these facilities compared to the tens of hours usually available to SETI scientists competing with other astronomical programmes. Frank Drake, one of the pioneers of modern SETI and a member of the Breakthrough Listen team, has described previous support for SETI research as patchy. The total worldwide support in recent years has been only about $500,000 from private gifts.

The telescopes will look for signals that cannot easily be explained by natural phenomena. A repeating signal could be be promising, although caution is needed; in 1967, Northern Irish astrophysicist Jocelyn Bell Burnell discovered mysterious regular and repeating pulses of radio emission. However the source of this emission, which she nicknamed Little Green Man 1 (LGM-1), turned out to be the first discovery of a pulsar – highly magnetised dense rotating neutron stars. These are recognised today as nature’s most accurate clocks and their discovery has certainly not been a waste of time. 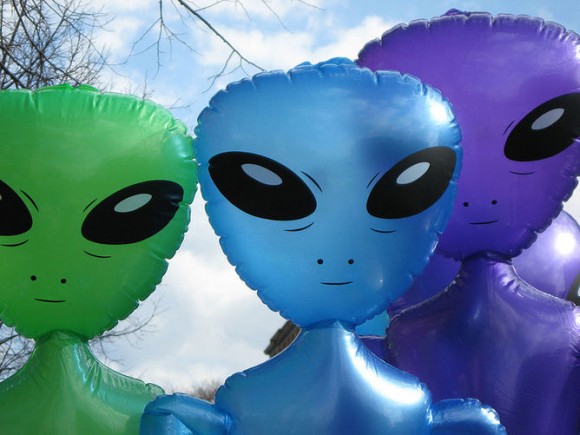 The Breakthrough Listen project will scan stars for signals in the frequency range of 1 to 10 gigahertz (GHz), a band identified as a good choice for communication. That is because radio signals at these frequencies can travel through the universe and the Earth’s atmosphere relatively unimpeded. Light at lower frequencies is difficult to distinguish from the astrophysical background and higher frequencies are more easily absorbed by intervening gas in the cosmos and the Earth’s atmosphere.

The injection of cash is a lifeline for struggling observatories. The Parkes radio telescope, famous for beaming images of Armstrong’s moon walk, was threatened with closure by 2016, as the Australian government redirected funding into development of the upcoming Square Kilometer Array.

The Greenbank telescope – the world’s largest steerable radio telescope – was under similar threat, with closure projected for 2017 unless new funding partners could be found.

These telescopes will now be trained on the sky and will gather vast amounts of data that will be made available through the SETI@home downloadable screen saver. This will allow the general public to help crunch the data in order to search for tell-tale signatures of intelligent extraterrestrial communications.

In 1959, two scientists – Philip Morrison and Guiseppe Cocconi – were the first to suggest technologically advanced alien civilisations might use electromagnetic radiation to communicate. Shortly after that, Frank Drake made the first search for alien radio signals using a previous generation of giant radio telescope in Greenbank and formulated an equation that suggested there could be ten civilisations in the Milky Way that we should be able to communicate with.

The new funding will allow SETI scientists to thoroughly scan a wider range of frequencies for the next ten years, where previous efforts involved intermittent and irregular eavesdropping sessions. While scientists are hopeful that they will make a positive detection, a negative result from such a comprehensive search will be equally important. To date we have only searched a minute portion of the universe, so it is definitely worth continuing to do so. However, if we fail to find anything after the more detailed search, we may want to think about other ways of looking for alien life.

But to find a needle in a haystack, one has to look further than the first stalk of hay. The data will also be useful for astrophysicists interested in naturally occurring cosmic radio emission. Many new pulsars may be found along with enigmatic fast radio bursts – brief flashes of very intense radio emission that lasts for only a fraction of a second. Such bursts were discovered in 1997 with the Parkes telescope and their origin is still a mystery. Data from the listening project could help solve this mystery.

This is an exciting time to systematically survey a large number of stars. We know that planets are common around a range of different types of stars thanks to recent ground and space-based missions such as NASA’s Kepler satellite, which have revolutionised our ability to find other worlds. At the same time, solar system missions have found evidence of life-enabling water on planets other than Earth.

While it may seem a big jump to finding intelligent and communicative extraterrestrials, this new investment may prove to be the turning point for SETI. In turn, plans are already in place to figure out how to respond if we are not alone – Milner plans to run a competition with a prize of $1m to find the best digital message to transmit back.

Carole Mundell is Head of Astrophysics at University of Bath.