The Crew Capsule reached an apogee – greatest distance from Earth – of 351,000 feet (66 miles, 107 km) – the altitude we’ve been targeting for operations.

We look forward to sharing upcoming test flights as we continue our progress toward human spaceflight.

Blue Origin was started in 2000 by Amazon’s founder, billionaire Jeff Bezos (@JeffBezos on Twitter). Space tourism is one of Blue Origin’s business goals. Like Elon Musk and SpaceX, Bezos wants to change commercial spaceflight by developing reusable rockets to bring costs down. The company’s motto is Gradatim Ferociter! That’s Latin for:

A replay of the livestream from Sunday’s test flight is below: 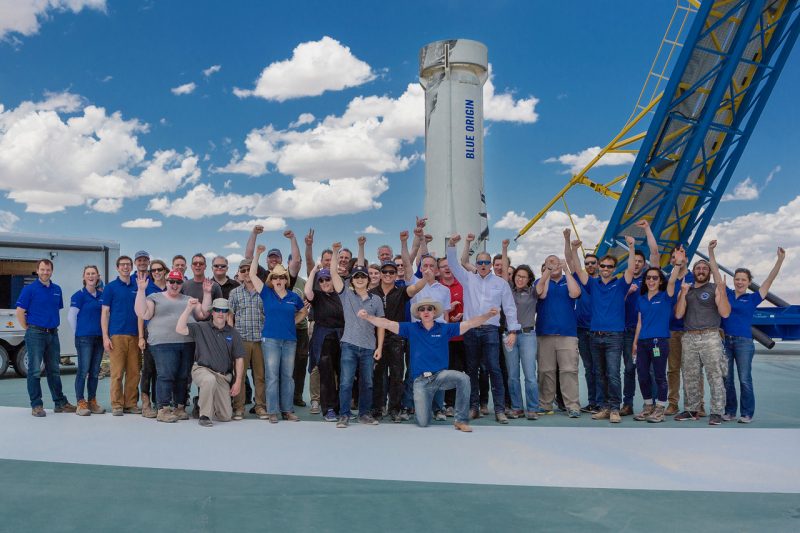 Before the test flight, the Blue Origin team gathered in West Texas. Image via Blue Origin. 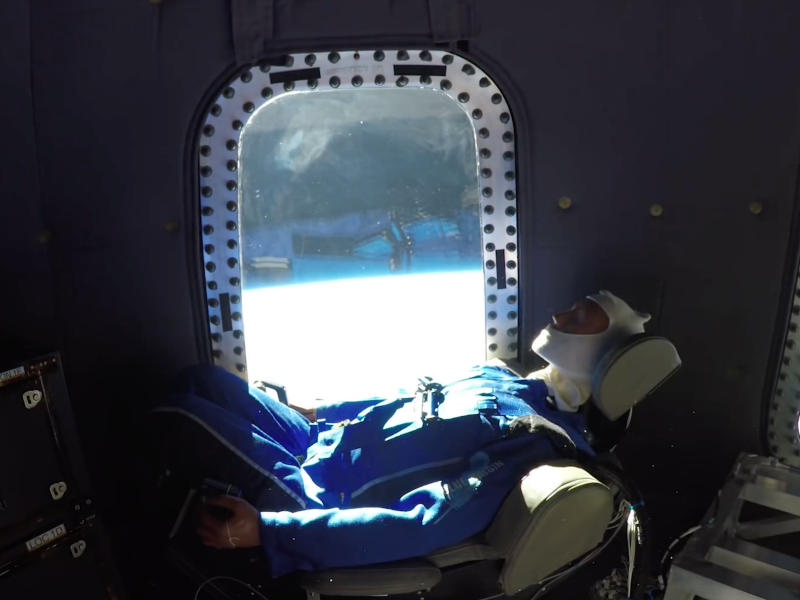