“Binary black holes are basically like giant targets hanging out in a globular star cluster, and as you throw other black holes or stars at them, they undergo these crazy chaotic encounters.”

The study was published on April 10, 2018, in the peer-reviewed journal Physical Review Letters (view online). A statement from MIT explained:

In their new paper, Rodriguez and his colleagues report using a supercomputer called Quest, located at Northwestern University, to simulate the complex, dynamical interactions within 24 stellar clusters, ranging in size from 200,000 to 2 million stars, and covering a range of different densities and metallic compositions. The simulations model the evolution of individual stars within these clusters over 12 billion years, following their interactions with other stars and, ultimately, the formation and evolution of the black holes. The simulations also model the trajectories of black holes once they form.

The neat thing is, because black holes are the most massive objects in these clusters, they sink to the center, where you get a high enough density of black holes to form binaries. Binary black holes are basically like giant targets hanging out in the cluster, and as you throw other black holes or stars at them, they undergo these crazy chaotic encounters. 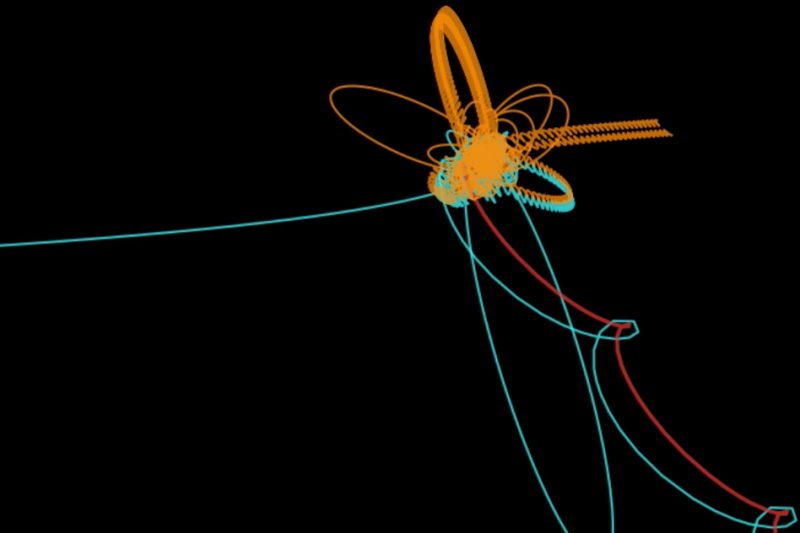 A simulation showing an encounter between a binary black hole (in orange) and a single black hole (in blue) with relativistic effects. Eventually two black holes emit a burst of gravitational waves and merge, creating a new black hole (in red). Image via Northwestern Visualization/Carl Rodriguez/MITNews. 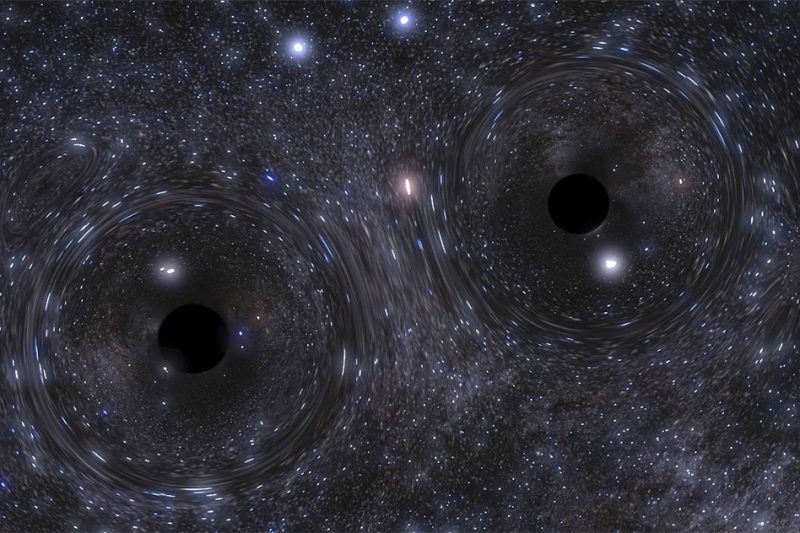 A snapshot of a simulation showing a binary black hole formed in the center of a dense star cluster. Image via Northwestern Visualization/Carl Rodriguez/MITNews.

Globular clusters are symmetrical star clusters – hundreds of thousands to millions of stars – orbiting in the halos of galaxies including our Milky Way. These clusters are thought to contain a galaxy’s oldest stars. Rodriguez said:

We think these clusters formed with hundreds to thousands of black holes that rapidly sank down in the center. These kinds of clusters are essentially factories for black hole binaries, where you’ve got so many black holes hanging out in a small region of space that two black holes could merge and produce a more massive black hole. Then that new black hole can find another companion and merge again.

These scientists referred to the process of black holes merging within globular star clusters as second-generation mergers. 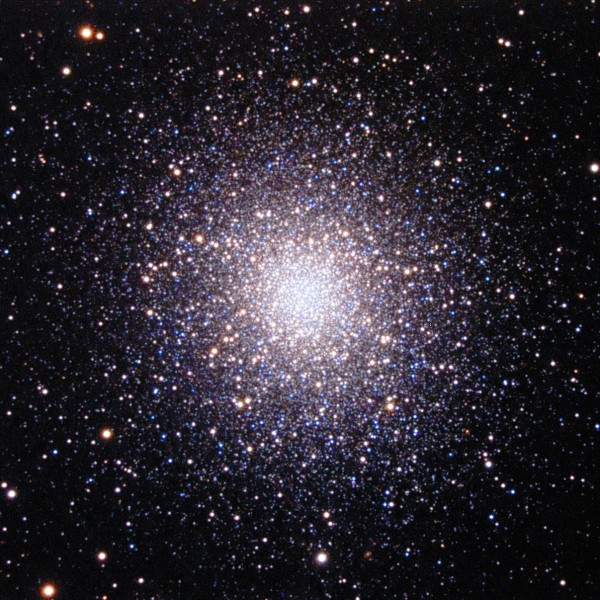 The subject of binary black holes has been of interest to astronomers since scientists with the LIGO twin detectors announced the first direct detection of gravitational waves in early 2016. The waves are thought to come from binary black holes. A statement from MIT said:

If LIGO detects a binary with a black hole component whose mass is greater than around 50 solar masses, then according to the group’s results, there’s a good chance that object arose not from individual stars, but from a dense stellar cluster.

If we wait long enough, then eventually LIGO will see something that could only have come from these star clusters, because it would be bigger than anything you could get from a single star.

Here are 119 of the approximately 200 known globular clusters orbiting the center of our Milky Way galaxy. The closest globular cluster to us lies about 7,000 light-years from Earth. Image via RASC.

Bottom line: An international team of astrophysicists used a supercomputer to model the behavior of black holes in globular star clusters. They found that the black holes could be expected to partner up and merge multiple times and to produce black holes more massive than those that form from single stars.