Astronomers have spotted a star – S5-HVs1 – speeding out of the Milky Way at around 4 million miles (more than 6 million km) per hour. They believe it’s being ejected from our galaxy after venturing too near the giant black hole at the Milky Way’s heart about 5 million years ago. 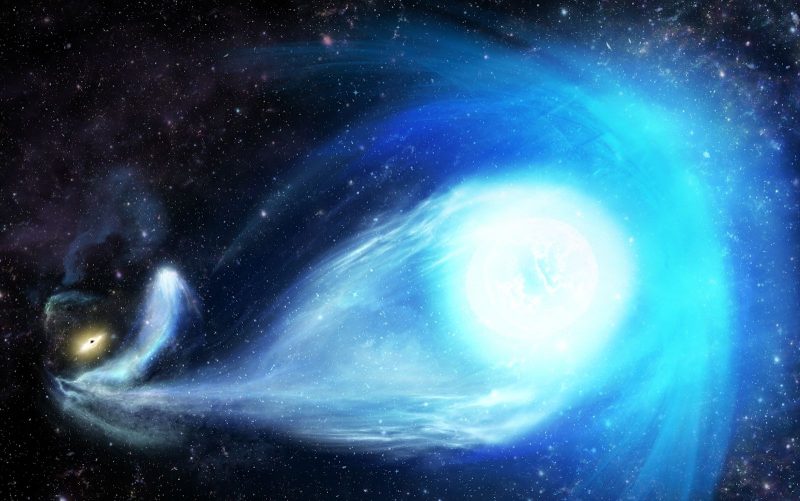 A new study by an international team of astronomers has discovered a star traveling at about 4 million miles (more than 6 million km) per hour through the Milky Way. The scientists say the star – named S5-HVs1 – was flung from the center of our galaxy by a supermassive black hole about 5 million years ago, around the time our ancestors here on Earth were just learning to walk upright.

The star, about 29,000 light-years away, is moving so fast that it will leave the Milky Way in about 100 million years, never to return, said Gary Da Costa, an astronomer at Australian National University (ANU). He is lead author of the study, published November 4, 2019, in the peer-reviewed Monthly Notices of the Royal Astronomical Society, and said in a statement:

This star is traveling at record-breaking speed – 10 times faster than most stars in the Milky Way, including our sun.

In astronomical terms, the star will be leaving our galaxy fairly soon, and it’ll likely travel through the emptiness of intergalactic space for eternity. It’s great to be able to confirm a 30-year-old prediction that stars can be flung out of a galaxy by the supermassive black hole at its center. 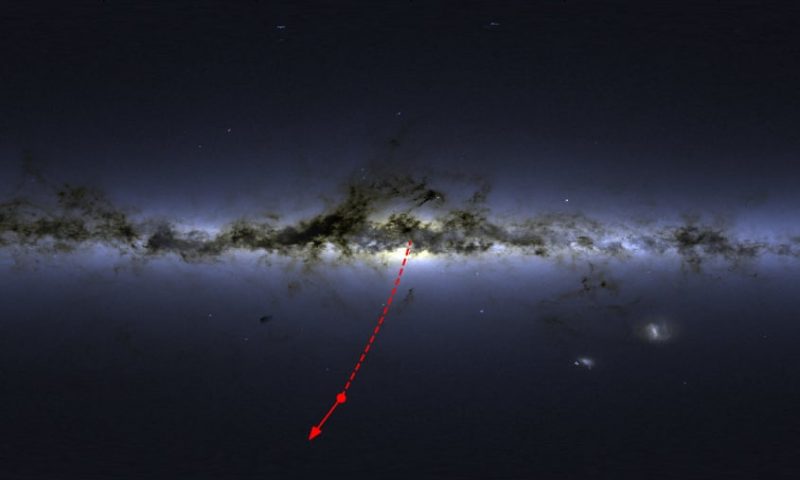 An illustration by the Royal Astronomical Society of the location of the hyper-fast star and the direction of its motion. Image via Sergey Koposov/PA/The Guardian.

The giant black hole at the center of the Milky Way, Sagittarius A*, has a mass equivalent to more than four million suns. Study co-author Thomas Nordlander, of Australian National University, said supermassive black holes can slingshot stars by interacting with a binary stellar system, where two stars orbit around each other. He said:

If such a binary system approaches a black hole too closely, the black hole can capture one of the stars into a close orbit and kick out the other at very high speed.

The team spotted the fast-moving star serendipitously while using the Anglo-Australian Telescope at the ANU Siding Spring Observatory to search for the shredded remains of small galaxies orbiting the Milky Way.

Bottom line: Astronomers have spotted a star – S5-HVs1 – speeding out of the Milky Way at around 4 million miles (more than 6 million km) per hour. They believe it’s being ejected from our galaxy after venturing too near the giant black hole at the Milky Way’s heart about 5 million years ago.

Source: Discovery of a nearby 1700 km/s star ejected from the Milky Way by Sgr A*