The quasar ULAS J1120+0641 is the brightest object yet discovered in the early universe, powered by a black hole with a mass two billion times that of the sun.

A team of European astronomers has discovered the most distant quasar ever seen. This brilliant beacon, named ULAS J1120+0641, is powered by a black hole with a mass two billion times that of the sun. The quasar is by far the brightest object yet discovered in the early universe. Results of the discovery appear in the June 30, 2011 issue of Nature. 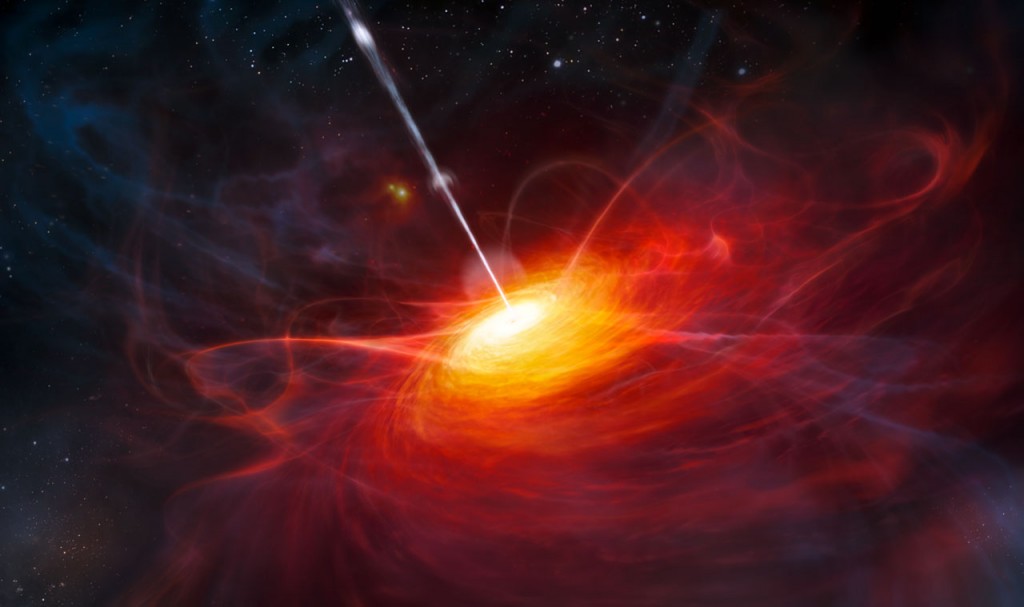 An artist’s rendering of the most distant quasar. Image Credit: ESO/M. Kornmesser

Light from the quasar started its journey toward Earth when the universe was only six percent of its present age, a mere 770 million years after the Big Bang. Due to its extreme brightness, the quasar is of particular interest because – for the first time – it can tell us what conditions were like in the early universe.

The discovery was made with the United Kingdom Infrared Telescope (UKIRT) in Hawaii as part of an infrared sky survey – a search that lasted five years as astronomers hunted through millions of objects in the survey database – and was confirmed by observations made with a number of other telescopes, including the Gemini North telescope in Hawaii and the European Southern Observatory’s Very Large Telescope in Chile. 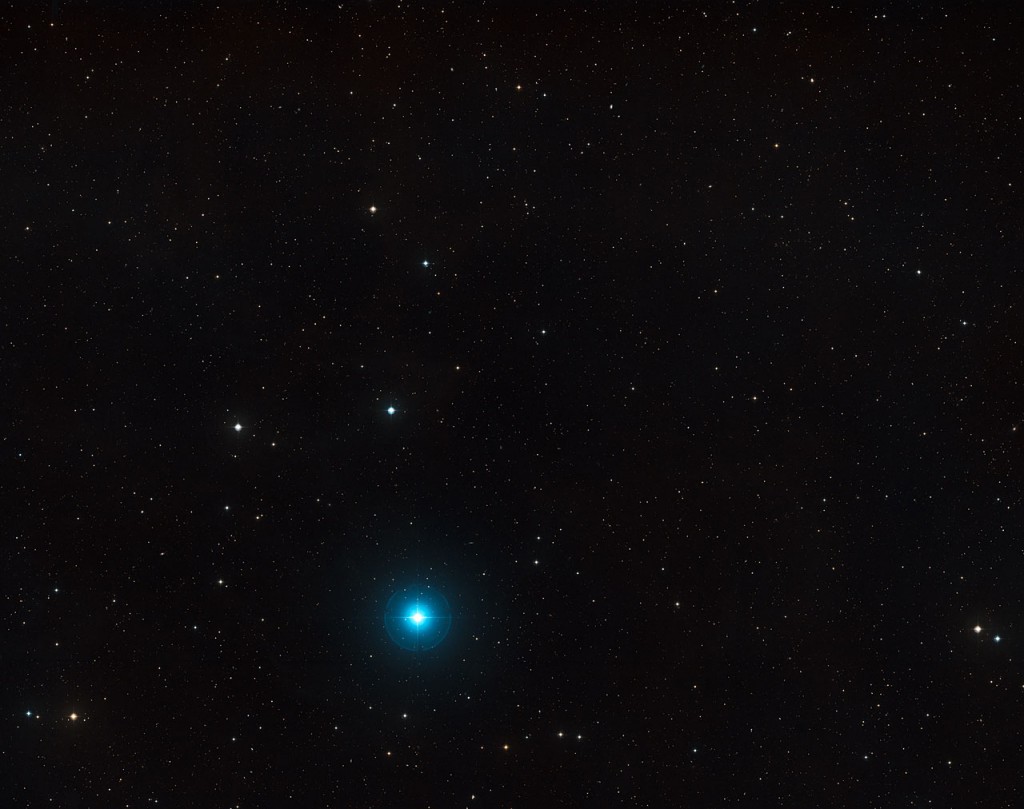 The newly discovered quasar lies very close to the center of this wide-field view, though it is not visible in this picture. Image Credit: ESO and Digitized Sky Survey 2, Davide De Martin

The newly discovered quasar will enable scientists to measure conditions in the gas that the quasar’s light passes through on its way to us. Lead author Daniel Mortlock said:

What is particularly important about this source is how bright it is. It’s hundreds of times brighter than anything else yet discovered at such a great distance. This means that we can use it to tell us for the first time what conditions were like in the early universe.

Summary: The European UKIRT Infrared Deep Sky Survey (UKIDSS) located the most distant quasar ever seen, ULAS J1120+0641 – also the brightest object yet discovered in the early universe. At its center is a black hole with a mass two billion times that of the sun. Lead author Daniel Mortlock and his team published results of the discovery in the June 30, 2011 issue of Nature.

Via Science and Technology Facilities Council

14,000 quasars shine a light on the distant universe

Patrick Osmer: “How did quasars and galaxies form?”

Xinyu Dai tells of first glimpse inside a quasar