On Sunday, NASA astronauts completed their third spacewalk in eight days. Cool video and gorgeous pics from the trio of spacewalks.

On Sunday (March 1, 2015) two NASA astronauts aboard the International Space Station (ISS) performed the last of Expedition 42’s scheduled spacewalks. NASA astronauts Terry Virts and Barry Wilmore completed installing 400 feet of cable and several antennas and communication gear associated with the Common Communications for Visiting Vehicles system known as C2V2. Boeing’s Crew Transportation System (CST)-100 and the SpaceX Crew Dragon will use the system in the coming years to rendezvous and deliver crews to the space station.

Sunday’s spacewalk was the third spacewalk in eight days. NASA astronauts Barry Wilmore and Terry Virts completed the first spacewalk on February 21 and the second on Wednesday (February 25.) 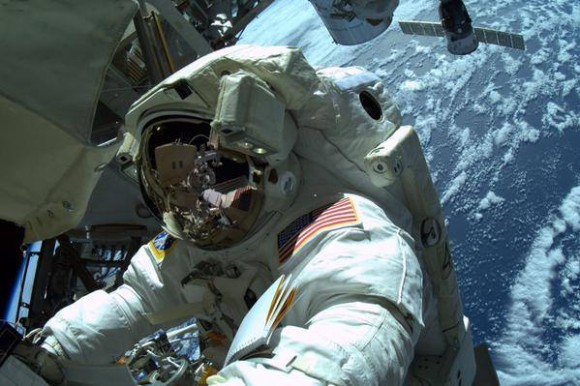 Sunday’s five-hour, 38-minute spacewalk was the third for Virts and the fourth for Wilmore. Virts has now spent 19 hours and 2 minutes outside during his three spacewalks. Wilmore now has spent 25 hours and 36 minutes in the void of space during his four excursions.

Crews have now spent a total of 1,171 hours and 29 minutes conducting space station assembly and maintenance during 187 spacewalks. 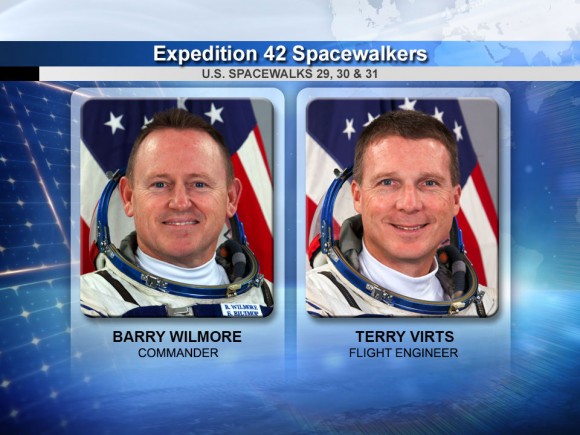 The spacewalks were needed to prepare the orbiting laboratory for future arrivals by U.S. commercial crew spacecraft. The astronauts laid cables along the forward end of the U.S. segment to bring power and communication to two International Docking Adapters slated to arrive later this year. The new docking ports will welcome U.S. commercial spacecraft launching from Florida beginning in 2017, permitting the standard station crew size to grow from six to seven and potentially double the amount of crew time devoted to research. 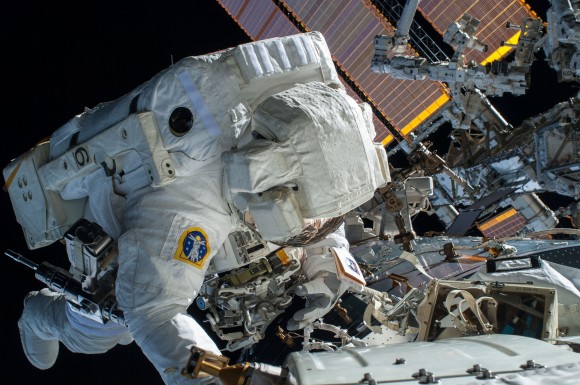 NASA astronaut Terry, Virts Flight Engineer of Expedition 42 is seen working to complete a cable routing task while near the forward facing port of the Harmony module on the International Space Station. February 21, 2015. Image credit: NASA 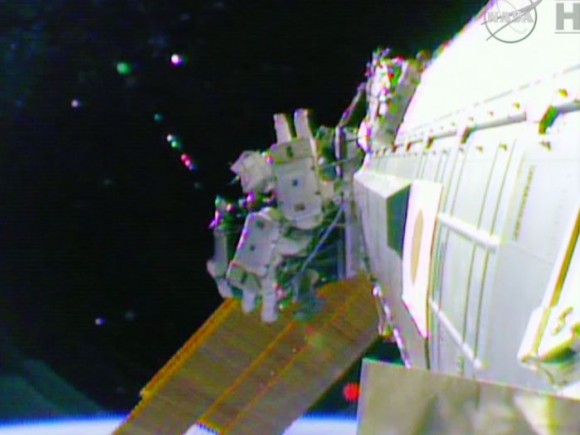 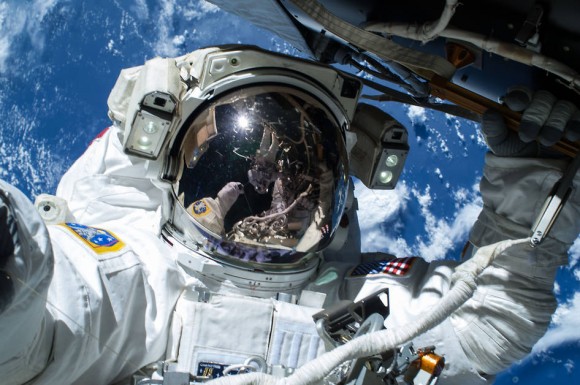 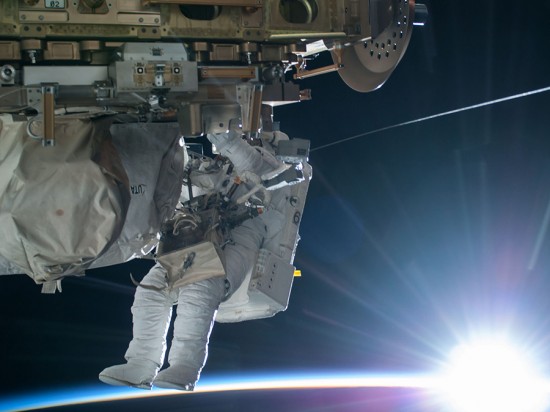 NASA astronaut Terry Virts Flight Engineer of Expedition 42 on the International Space Station is seen working to complete a cable routing task while the sun begins to peak over the Earth’s horizon on February 21 2015. Image credit: NASA

All three spacewalks are in support of the long-planned ISS reconfiguration from its current configuration, which was designed to support visiting Space Shuttles, to its new configuration optimived for future visiting commercial crew and cargo vehicles.

While cargo vehicles attach to the ISS using the process of berthing, whereby they are captured with the station’s robotic arm and positioned below a berthing port prior to being bolted into place, commercial crew vehicles will not use this method.

This means that berthing ports cannot support a rapid evacuation of crew from the ISS should it ever be necessary, which will be one of the primary roles of the commercial crew vehicles as they serve as “lifeboats” during their crew’s stay at the ISS.

Instead, crewed vehicles will attach to the ISS via a process of docking, whereby the visiting spacecraft flies itself all the way into its docking port and attaches via a capture ring striking a corresponding attachment mechanism. 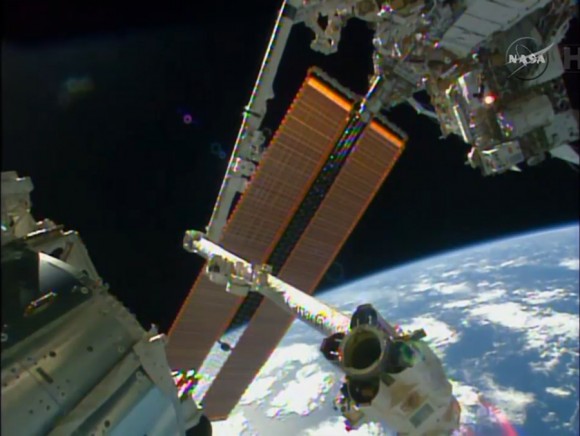 Bottom line: NASA astronauts Barry Wilmore and Terry Virts aboard the International Space Station (ISS) completed the last of Expedition 42’s scheduled spacewalks on March 1, 2105. Sunday’s spacewalk was the third spacewalk in eight days. The astronauts completed the first spacewalk on February 21 and the second on Wednesday (February 25.) The astronauts secured cables and antennae to prepare the orbiting laboratory for future arrivals by U.S. commercial crew.