Asteroid that flew past Earth on Monday has a moon!

Wow! Scientists working with NASA’s Deep Space Network antenna at Goldstone, California have released the first radar images of asteroid 2004 BL86, which flew closer to Earth on Monday than any asteroid this large will again until the year 2027. Closest approach was 1619 UTC (11:19 a.m. EST) on January 26, 2015. Nearest distance was about 745,000 miles (1.2 million kilometers, or 3.1 times the distance from Earth to the moon). The radar images confirm what other astronomers first discovered this past weekend, that asteroid 2004 BL86 has its own small moon!

The 20 individual images used in the movie above were generated from data collected at Goldstone on January 26. They show the primary body is approximately 1,100 feet (325 meters) across and has a small moon approximately 230 feet (70 meters) across.

In the near-Earth population, about 16 percent of asteroids that are about 655 feet (200 meters) or larger are a binary (the primary asteroid with a smaller asteroid moon orbiting it) or even triple systems (two moons).

The resolution on the radar images is 13 feet (4 meters) per pixel.

The trajectory of asteroid 2004 BL86 is well understood. Monday’s flyby was the closest approach the asteroid will make to Earth for at least the next two centuries. It is also the closest a known asteroid this size will come to Earth until asteroid 1999 AN10 flies past our planet in 2027. 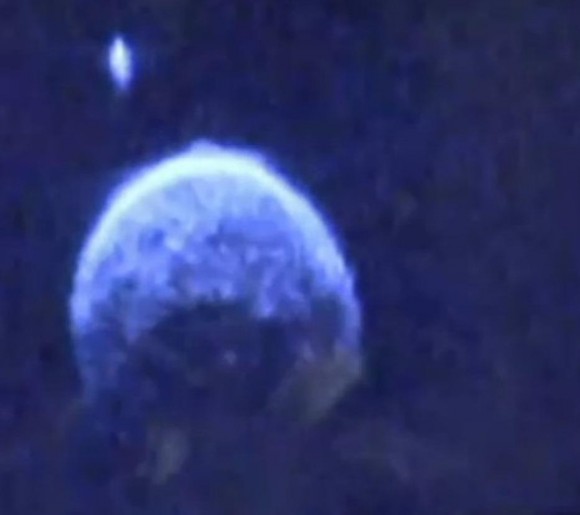 A video still of asteroid 2004 BL86 and its newly discovered moon from Goldstone Solar System Radar. Image via Slooh.com.

Bottom line: The close pass of asteroid 2004 BL86 on Monday, January 26, 2015 has revealed to astronomers that this little rock in space has its own moon! Radar images from NASA’s Deep Space Network antenna at Goldstone, California show the primary asteroid is approximately 1,100 feet (325 meters) across and has a small moon approximately 230 feet (70 meters) across.