Evidence of life processes found in fossils in 3.5-billion-year-old rocks. Scientists say this work suggests life in our universe is widespread. 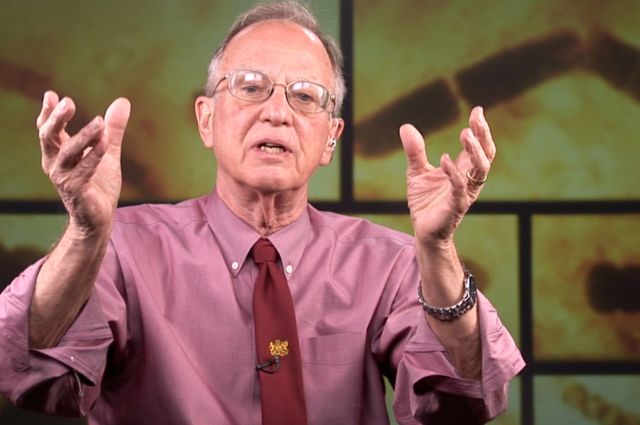 J. William Schopf and colleagues from UCLA and the University of Wisconsin analyzed the microfossils with a cutting-edge technique called secondary ion mass spectroscopy. Image via UCLA.

This month, scientists from UCLA and the University of Wisconsin–Madison announced the results of their analysis of rock samples found decades ago in Western Australia. They say the rocks contain fossils of 3.465-billion-year-old microorganisms, the oldest ones known. The study’s lead author – paleontologist J. William Schopf of UCLA – collected the fossils in 1982 and interpreted them then as early life. Critics had argued they were just odd minerals that only looked like biological specimens. The new study shows that two of the species appear to have performed a primitive form of photosynthesis, another apparently produced methane gas, and two others appear to have consumed methane and used it to build their cell walls. Thus, according to these scientists, the new findings show the microfossils are indeed biological. Plus, they said, the fossils provide:

… strong evidence to support an increasingly widespread understanding that life in the universe is common.

Their work was published December 18, 2017 in the peer-reviewed journal Proceedings of the National Academy of Sciences.

These scientists say their work strengthens the case for life existing elsewhere in the universe because, they say, it shows a diverse group of organisms had already evolved extremely early in the Earth’s history. That early earthly life — combined with our knowledge of the vast number of stars in the universe and the growing understanding that planets orbit so many of them — suggests life is common in the universe. Schopf commented in a statement:

… it would be extremely unlikely that life formed quickly on Earth, but did not arise anywhere else. 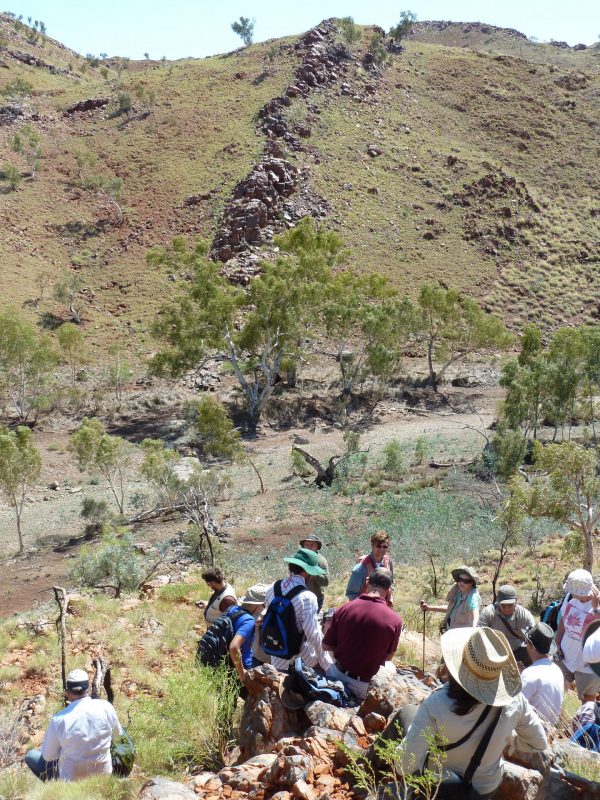 The microfossils came from the Apex Chert, a rock formation in Western Australia. This area is among the oldest and best-preserved rock deposits in the world. Image via John Valley/ UW-Madison. 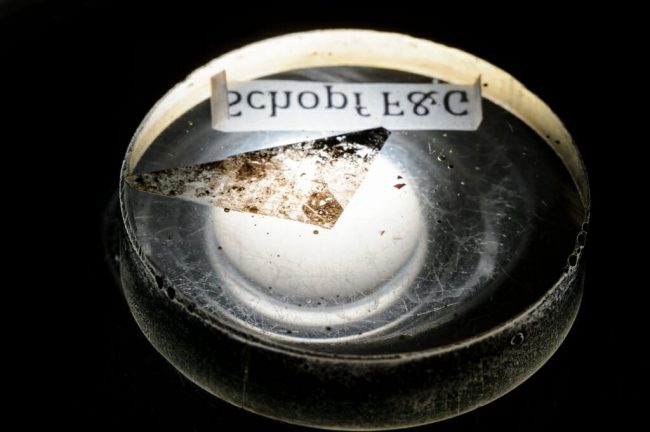 The scientists say their study is the most detailed ever conducted on microorganisms preserved in such ancient fossils. They said their study is:

… the first to establish what kind of biological microbial organisms they are, and how advanced or primitive they are.

The study describes 11 microbial specimens from five separate taxa. According to these scientists, some represent now-extinct bacteria and microbes from a domain of life called Archaea, while others are similar to microbial species still found today.

The scientists analyzed the microorganisms at the Wisconsin Secondary Ion Mass Spectrometer Lab (WiscSIMS) in Madison. It is one of just a few places in the world where this type of work can be done. Secondary ion mass spectroscopy revealed the ratio of carbon-12 to carbon-13 isotopes in the fossils.

The scientists then were able to use this information to determine how the microorganisms lived. The study’s co-author, geoscientist John Valley of the University of Wisconsin-Madison, said:

The differences in carbon isotope ratios correlate with their shapes. Their C-13-to-C-12 ratios are characteristic of biology and metabolic function.

When these fossils were formed, these scientists said, there was very little oxygen in Earth’s atmosphere. In fact, oxygen would have been poisonous to these microorganisms, and would have killed them, they said. Oxygen first appeared on Earth approximately half a billion years later, before its concentration in our atmosphere increased rapidly starting about 2 billion years ago. Thus, at the time these ancient microorganisms were alive, advanced photosynthesis didn’t exist yet.

The scientists also said the very existence of the rocks they analyzed is remarkable. That’s because the average lifetime of a rock exposed on Earth’s surface is about 200 million years. William Schopf commented that, when he began his career, there was no fossil evidence of life dating back farther than 500 million years ago. He added:

The rocks we studied are about as far back as rocks go. 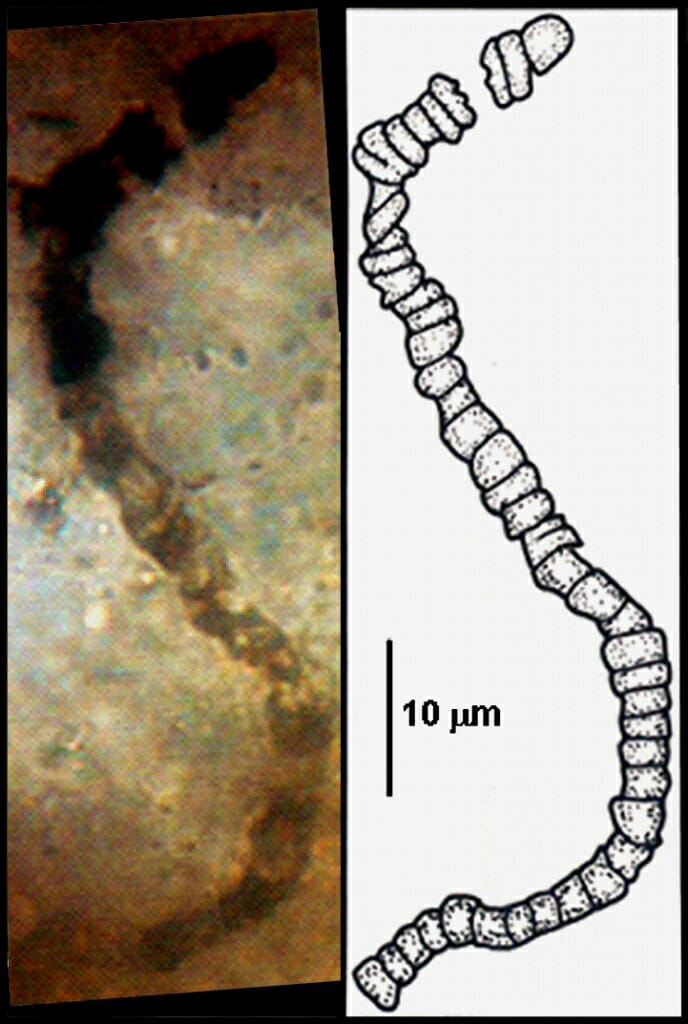 An example of one of the microfossils discovered in a sample of rock recovered from the Apex Chert. A new study used sophisticated chemical analysis to confirm the microscopic structures found in the rock are biological. Image via J. William Schopf via UW-Madison.

By 3.465 billion years ago, life was already diverse on Earth; that’s clear — primitive photosynthesizers, methane producers, methane users. These are the first data that show the very diverse organisms at that time in Earth’s history, and our previous research has shown that there were sulfur users 3.4 billion years ago as well.

This tells us life had to have begun substantially earlier and it confirms that it was not difficult for primitive life to form and to evolve into more advanced microorganisms.

Schopf said scientists still don’t know how much earlier life might have begun. But, he said:

… if the conditions are right, it looks like life in the universe should be widespread. 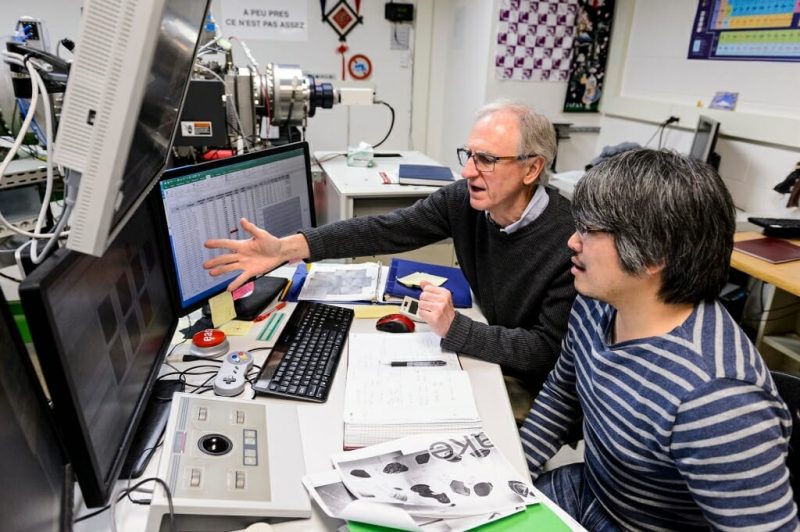 Via UCLA and UW-Madison