Finding 4 giant planets orbiting another star isn’t too unusual these days. But these massive planets are the largest known to orbit such a young star – CI Tau – only 2 million years old. 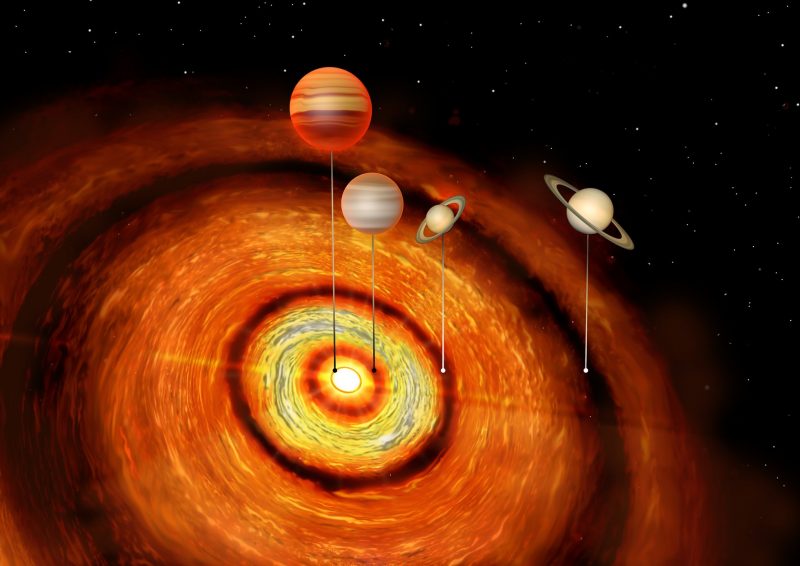 Artist’s concept of the 4 giant planets orbiting the star CI Tau. Astronomers are puzzled about they formed around such a young star. Image via Amanda Smith/Institute of Astronomy.

Gas giant planets – like Jupiter and Saturn in our own solar system – are apparently common in our galaxy. We know that thanks to telescopes on the ground and in space, which have been busy over the past couple of decades finding exoplanets orbiting distant stars. Many such worlds have now been discovered, including giant planets larger than Jupiter, orbiting very close to their stars. Most of those giant planets have been found orbiting more evolved or mature stars, not unlike our sun, which is considered middle-aged.

But now, astronomers have come across a planetary system, including giant planets, that is much younger. The very young star CI Tau has four massive planets, two about the mass of our solar system’s planet Saturn, one about the mass of Jupiter (biggest planet in our solar system) and the fourth about 10 times Jupiter’s mass. The new findings were published in a paper in the peer-reviewed journal The Astrophysical Letters on October 4, 2018.

This is the first time that so many massive planets like these have been discovered orbiting such a young star. As stars go, CI Tau is still essentially a baby, only about 2 million years old. In contrast, our own star, the sun, is around 4.6 billion years old. CI Tau is located about 500 light-years from Earth, in a region of the galaxy that’s an active nursery of newborn stars. CI Tau is still surrounded by a disk of gas and dust. These giant disks – called protoplanetary disks – are the formation materials for planets, moons and other bodies.

But now we know that there are already massive planets in this system as well.

According to Christopher Johns-Krull at Rice University, the lead author of a previous study about the Jupiter-mass planet CI Tau b:

For decades, conventional wisdom held that large Jupiter-mass planets take a minimum of 10 million years to form. That’s been called into question over the past decade, and many new ideas have been offered, but the bottom line is that we need to identify a number of newly formed planets around young stars if we hope to fully understand planet formation. 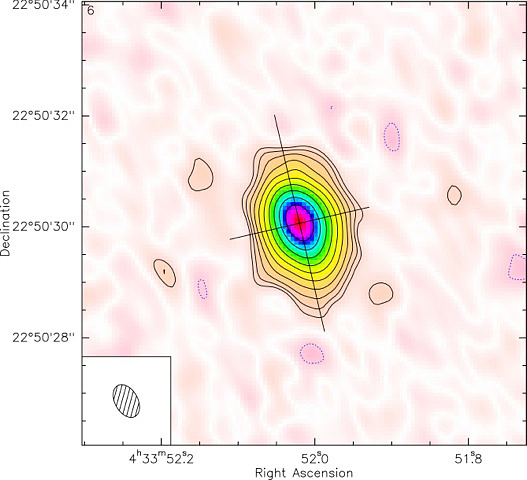 False-color image from a submillimeter interferometric telescope showing the circumstellar disk of gas and dust surrounding the star CI Tau. Image via Stephane Guilloteau/University of Bordeaux.

The Jupiter-mass planet CI Tau b was already known to astronomers. It’s the closest planet to its star, orbiting closer than Mercury does to our sun. It’s also known as a hot Jupiter – a searingly hot gas giant world orbiting very close to its star.

The CI Tau system is unusual in having these four giant planets only because it is so young. It’s now estimated that 1 percent of all stars have hot Jupiters, but most of those stars are hundreds of times older than CI Tau. As Cathie Clarke at Cambridge’s Institute of Astronomy, and the study’s first author, explained:

It is currently impossible to say whether the extreme planetary architecture seen in CI Tau is common in hot Jupiter systems because the way that these sibling planets were detected – through their effect on the protoplanetary disc – would not work in older systems which no longer have a protoplanetary disc. 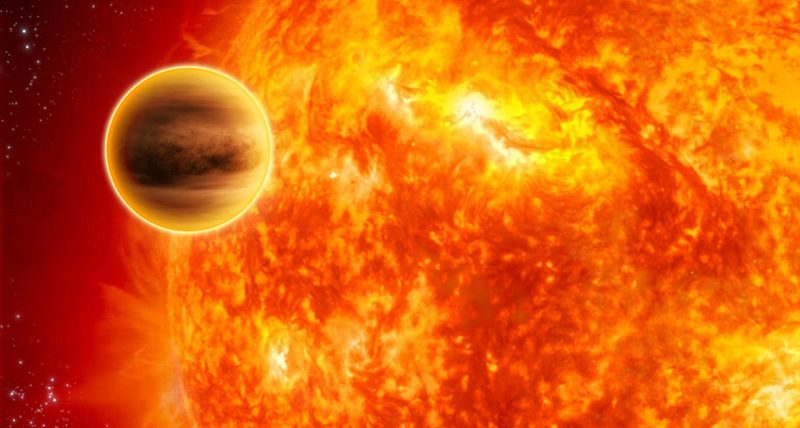 Artist’s concept of the innermost of the 4 planets, the “hot Jupiter” that’s 10 times more massive than Jupiter. Image via C. Carreau/ESA.

These astronomers expressed puzzlement that the two outer planets in the CI Tau system were able to form at all. According to Clarke:

Planet formation models tend to focus on being able to make the types of planets that have been observed already, so new discoveries don’t necessarily fit the models. Saturn-mass planets are supposed to form by first accumulating a solid core and then pulling in a layer of gas on top, but these processes are supposed to be very slow at large distances from the star. Most models will struggle to make planets of this mass at this distance.

The researchers, led by the University of Cambridge, used the Atacama Large Millimeter/submillimeter Array (ALMA) to search for additional planetary siblings to the one known infant hot Jupiter. The search paid off decisively. The images obtained revealed three distinct gaps in the protoplanetary disc, which, according to computer modeling, were most likely caused by three other gas giant planets. 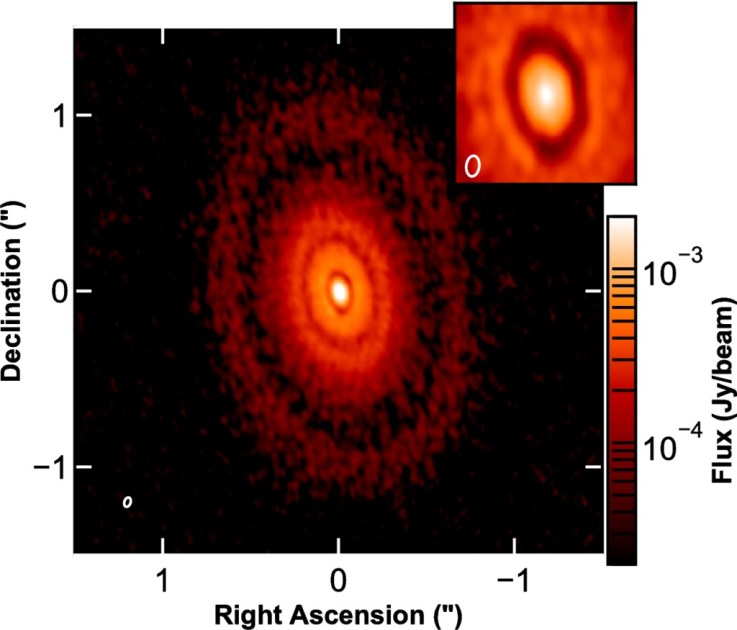 With four giant planets now known to be orbiting CI Tau, astronomers are wondering … could the system also contain smaller rocky planets such as Earth? As explained by Lisa Prato of Lowell Observatory, a co-author on the previous paper about CI Tau b:

This result is unique because it demonstrates that a giant planet can form so rapidly that the remnant gas and dust from which the young star formed, surrounding the system in a Frisbee-like disk, is still present. Giant planet formation in the inner part of this disk, where CI Tau b is located, will have a profound impact on the region where smaller terrestrial planets are also potentially forming.

Next, astronomers plan to study this planetary system in multiple wavelengths to learn more about how these very young – but giant – planets formed.

Source: High-resolution Millimeter Imaging of the CI Tau Protoplanetary Disk: A Massive Ensemble of Protoplanets from 0.1 to 100 au