It’s amazing we can detect comets in distant solar systems at all! These are the first 3 exocomets found in data gathered by TESS, NASA’s newest planet-hunter. The comets orbit the famous star Beta Pictoris.

View larger. | Parts of the TESS light curve of Beta Pictoris showing the 3 dimming events caused by the exocomets. Image via Sebastian Zieba/Konstanze Zwintz/University of Innsbruck.

You’ve heard of exoplanets, or planets orbiting distant stars. Astronomers have also detected some exocomets, or comets orbiting faraway stars, too. When you think of it, exocomet detections are an amazing accomplishment! In contrast to planets, which are relatively solid and thousands of miles wide, the nuclei, or cores, of comets are only a few miles wide. However, when they come near their stars, comets develop long (if tenuous) tails that can stretch millions of miles. The first exocomets were detected in 1987 around the famous star Beta Pictoris, 63 light-years away, a very young A-type main-sequence star. Now three more exocomets have been discovered for Beta Pictoris by European and U.K. astronomers. They used data from TESS – NASA’s newest space-based planet-hunter, launched in April 2018 – to make the find, making these the first exocomets for TESS.

Sebastian Zieba (@CyberZieba on Twitter) and Konstanze Zwintz, both at University of Innsbruck in Austria – together with Matthew Kenworthy from Leiden University in the Netherlands and Grant Kennedy from the University of Warwick in the U.K. – made the discovery. Their work has been accepted for publication in the peer-reviewed journal Astronomy and Astrophysics. Find it online here.

TESS stands for Transiting Exoplanet Survey Satellite. As the name suggests, it searches for exoplanets (and exocomets) that transit, or cross in front of, their stars as viewed from Earth. When an object transits in front of its star, there is a tiny dip in the light received from the star. These dips reveal exoplanets, or, in this case, exocomets. As these astronomers pointed out in a statement:

The recognition of signals from much smaller exocomets compared to planets requires the analysis of a precise light curve, which can now be obtained using the technical sophistication of the new space telescope.

TESS finds planets and comets via precise measurements of the brightnesses of stars. When a planet or comet crosses in front of its star, it causes a tiny dip in the star’s light, which can be observed. Animation via NASA: How TESS Looks for Exoplanets.

Sebastian Zieba is a Master’s student in the team of Konstanze Zwintz at the at the University of Innsbruck. Zieba discovered the signal of the exocomets when he investigated the TESS light curve of Beta Pictoris in March this year. Zieba and Zwintz explained:

The data showed a significant decrease in the intensity of the light of the observed star. These variations due to darkening by an object in the star’s orbit can clearly be related to a comet.

Three similar exocomet systems have recently been found around three other stars during data analysis by NASA’s Kepler mission. The researchers suggest that exocomets are more likely to be found around young stars. Zwintz said:

The space telescope Kepler concentrated on older stars similar to the sun in a relatively small area in the sky. TESS, on the other hand, observes stars all over the sky, including young stars. We therefore expect further discoveries of this kind in the future.

Grant Kennedy assisted with the modeling and interpretation of the data. He said:

This discovery is really important for the science of extrasolar comets for several reasons. Beta Pictoris had been thought to host exocomets for three decades from a different technique, and the TESS data provide long overdue and independent evidence for their existence. Our next aim is to find similar signatures around other stars, and this discovery shows that TESS is up to the task. 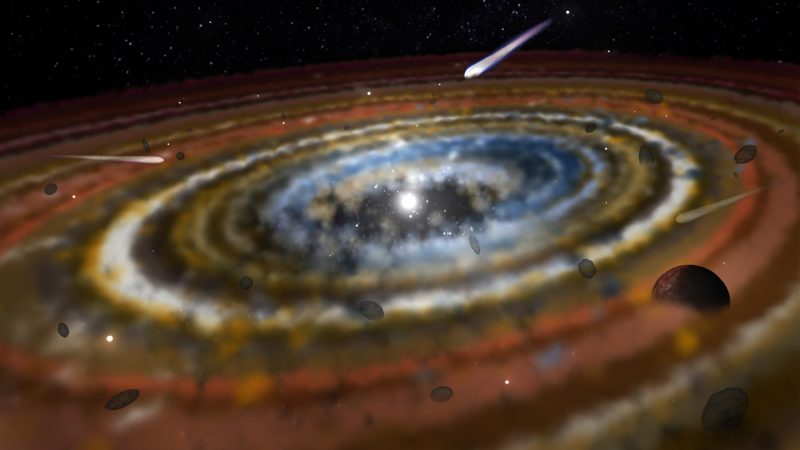 View larger. | Artist’s concept of 3 exocomets in the very young planetary system around the star Beta Pictoris. Image via Michaela Pink/University of Innsbruck.

The young and very bright star Beta Pictoris is a famous star for many reasons, these astronomers said. Zwintz explained:

Already in the 1980s, investigations of Beta Pictoris provided convincing evidence for planetary systems around stars other than our sun – a decade before exoplanets were even discovered for the first time. In addition, there was already indirect evidence for comets at that time based on the characteristic signature of evaporating gas coming off them.

At about 23 million years old, Beta Pictoris is a relatively young star.

Together with our colleagues from Leiden and Warwick, we are pleased to have finally confirmed this theory.

They said they expect to discover many more comets and asteroids in distant solar systems, and they said they want to investigate the composition of exocomets, for example regarding their water content. Zwintz pointed out:

What we are seeing is not the comet nucleus itself, but the material blown off the comet and trailing behind it. So the TESS data do not tell us how big the comets were, since the extent of the dust tail could be very big and not very dense, or less big and more dense. Both situations would give the same light curve. 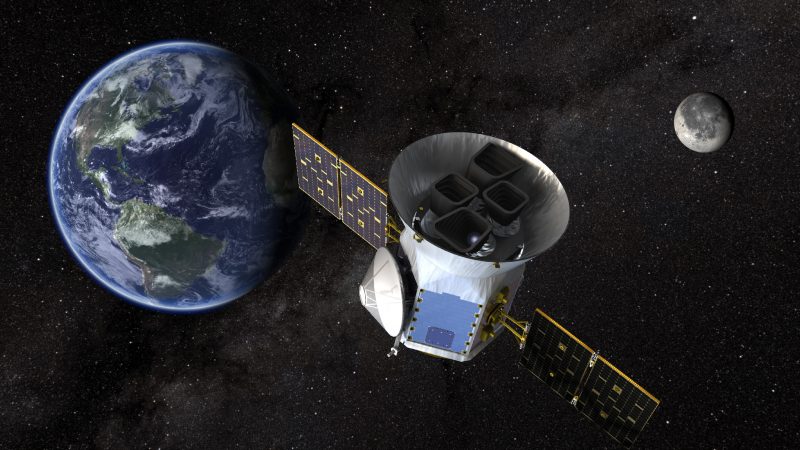 Source: A transiting exocomet detected in broadband light by TESS in the Beta Pictoris system

Via University of Innsbruck