The fascinating object 2I/Borisov has been steadily brightening as it nears its encounter with our sun. It’ll pass closest to the sun on December 8, 2019, then flee again toward interstellar space. 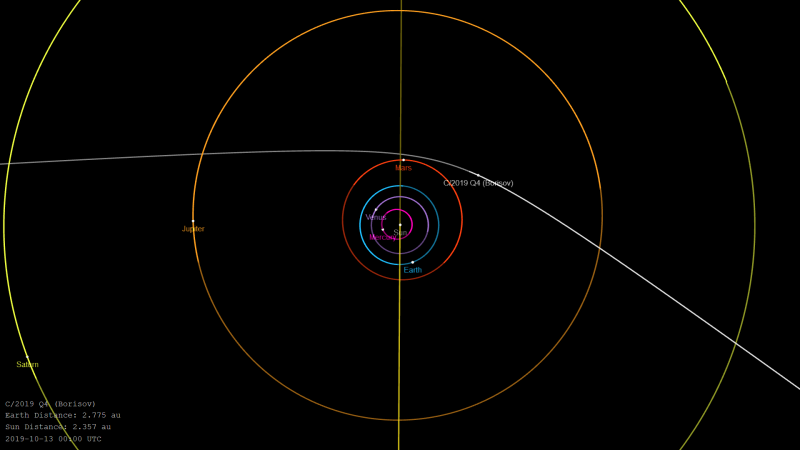 2I/Borisov’s orbit. The “2I” stands for “2nd interstellar.” In other words, this is only the 2nd object from a distant solar system known to have swept past our sun. Its perihelion – or closest point to the sun – is just outside the orbit of Mars. Image via Wikimedia Commons user Drbogdan/NASA.

The second-known interstellar object – identified as a comet and labeled 2I/Borisov – reaches its perihelion, or closest point to the sun, on December 8, 2019. At this distance, it’s about twice as far as from the sun, just outside Mars’ orbit. Comets are most active when they’re nearest the sun. Although this isn’t a particularly close approach for a comet, it’s the closest this interstellar comet will come to our sun.

And so the eyes of the world are upon it. Astronomers are hoping to see an outburst or other unexpected behavior. 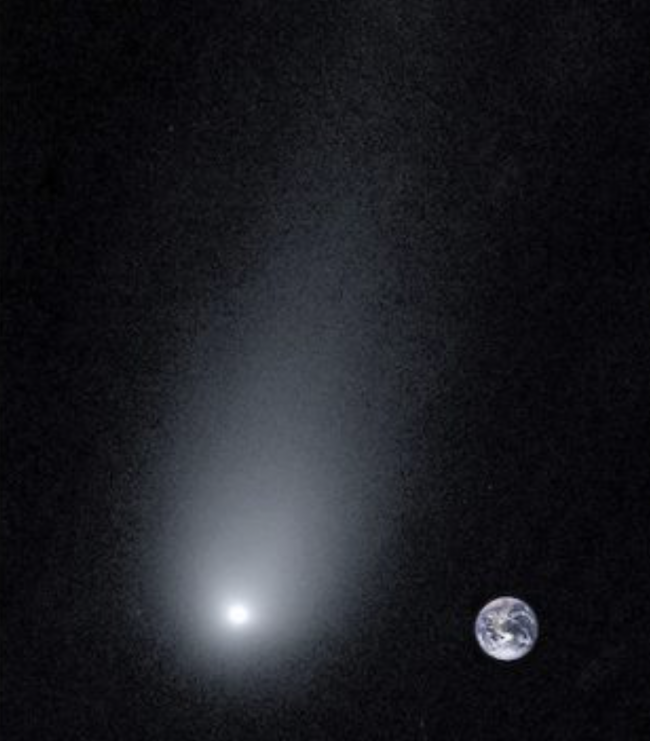 Four Yale astronomers – Pieter van Dokkum, Cheng-Han Hsieh, Shany Danieli, and Gregory Laughlin – captured this image of 2I/Borisov on November 24, 2019, at the W.M. Keck Observatory in Hawaii. Earth is shown in this composite image for scale. The comet’s icy core or nucleus is only about a mile (1.6 km) wide, in contrast to Earth’s 8,000-mile (12,900 km) diameter. But – as is usual for comets – 2I/Borisov is surrounded by a cloud of gas and dust many times larger than Earth. Image via Geek.com.

As it has swept in closer to the sun, this object has gotten brighter than it was when Gennady Borisov, a comet hunter in Crimea, first spotted it on August 30, 2019. Only experienced amateur astronomers with their telescopes – and professional astronomers using even-more-powerful telescopes – are likely to see it in the sky.

If you want to try spotting this object, here’s a page from TheSkyLive.com that might help.

Or try this page from the the astronomy app Star Walk 2.

‘Oumuamua had already passed its perihelion – closest point to the sun – when astronomers first spotted it. It was already heading outward, back out of our solar system again. 2I/Borisov was caught prior to perihelion, and so astronomers are excited about this opportunity to observe it as it comes nearest the sun. Will it “do something” special? We’ll see.

Here’s what we do know, for now. As it sweeps near the sun, 2I/Borisov’s orbit will be bent by the sun’s gravity, but the sun won’t capture it. It’ll continue to brighten – making its closest approach to Earth on December 28 – as it flees outward.

Ultimately, 2I/Borisov will return to the space between the stars once more. 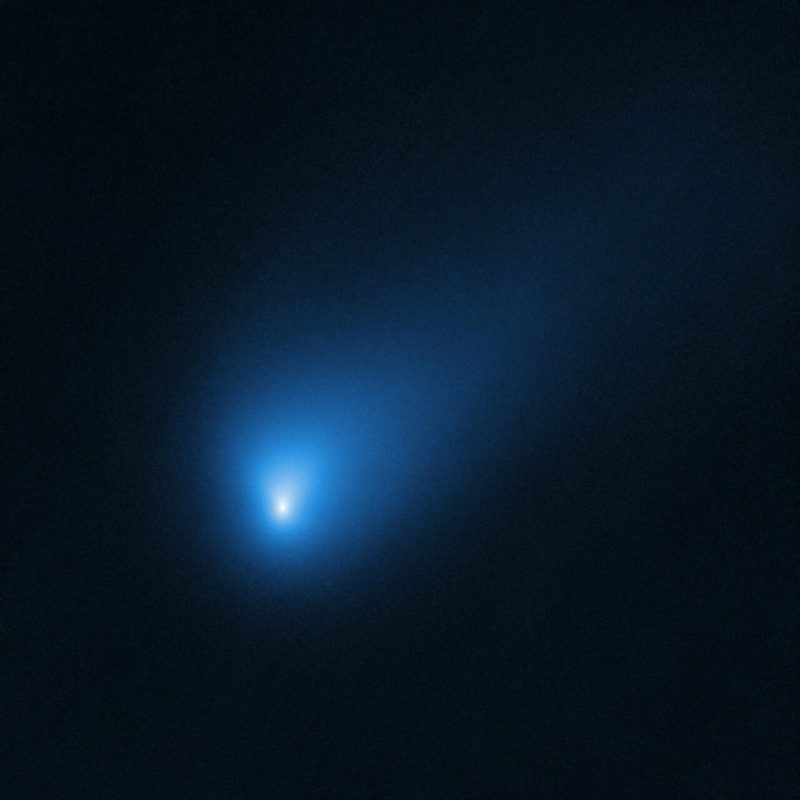 The Hubble Space Telescope captured this image of the 2nd known interstellar object – called comet 2I/Borisov by earthly astronomers – on October 12, 2019, when the object was about 260 million miles (420 million km) from Earth. This object is believed to have arrived here from another planetary system elsewhere in our galaxy. Image via NASA/ESA/D. Jewitt/SpaceTelescope.org.