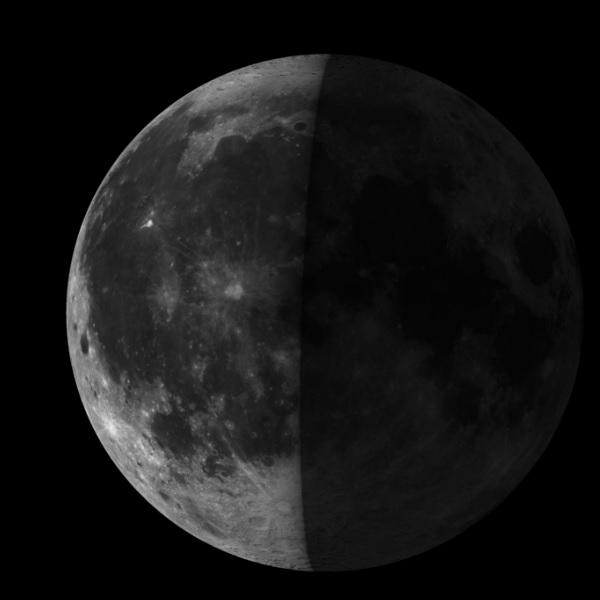 Like everything else in nature, the moon’s orbit is always in flux. Its shape, and its orientation relative to the Earth and sun, change all the time. The complexities of the lunar orbit all combine to bring about today’s most distant lunar perigee of the year at 16:04 UTC (11:04 a.m. CDT; translate to your time zone).

The moon’s orbit around Earth, like the Earth’s orbit around the sun, is not a perfect circle. It’s a slightly oblong ellipse. That’s why, every month, the moon reaches a nearest point to Earth at perigee and a farthest point at apogee.

However, the moon’s orbit is not highly eccentric (oblong), but nearly circular, as shown on the illustration below.

The illustrations above and below label perigee (moon’s closest point to Earth) and apogee (moon’s farthest point from Earth). A line drawn from perigee to apogee defines the major axis, or the longest diameter, of the moon’s elliptical orbit. In the parlance of astronomers, the perigee-to-apogee line is called the line of apsides. The center of the line of apsides to either the perigee point or apogee point is called the semi-major axis.

Some 103 days after the minor axis points sunward (B in above diagram), it’s then the moon’s major axis that points in the sun’s direction (C in above diagram). When the major axis, or line of apsides, aligns with the sun-Earth line, the eccentricity of the moon’s orbit increases to a maximum, and its orbit becomes maximally oblong. That causes the moon to swing extra-far from Earth at lunar apogee – yet extra-close to Earth at lunar perigee.

Also, some 103 days before the minor axis points sunward (B in above diagram), the moon’s major axis also points in the sun’s direction (A in above diagram). Again, this causes the eccentricity of the moon’s orbit to increase, to bring about a closer perigee yet farther apogee.

Thank you! Your submission has been received!
Oops! Something went wrong while submitting the form.
END_OF_DOCUMENT_TOKEN_TO_BE_REPLACED