According to modern folklore, the second of 2 full moons in a month is called a Blue Moon. In 2018, we have 2 of those! How often it happens, here. 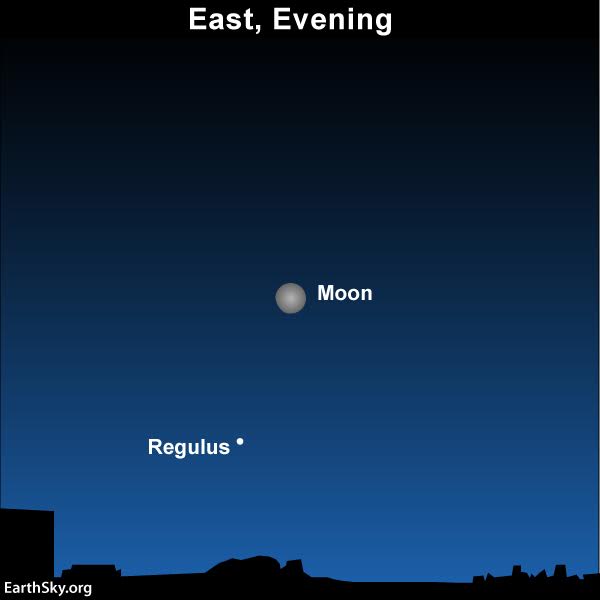 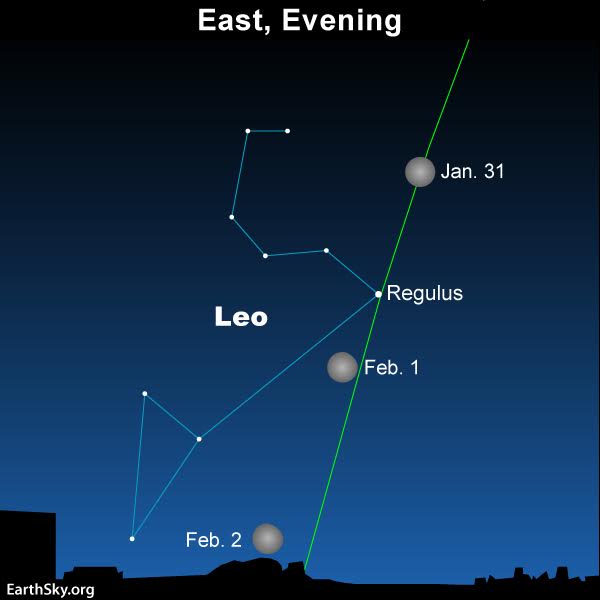 The moon constantly moves eastward in front of the backdrop stars. It’ll sweep past the star Regulus – brightest star in Leo the Lion – for the next several evenings. The green line depicts the ecliptic – Earth’s orbital plane projected onto the constellations of the zodiac.