Enjoy the April full moon, as it shines in front of Virgo from dusk till dawn.

On both April 18 and April 19, 2019, you’ll see a round full-looking moon in your sky. The moon turns full in front of the constellation Virgo the Maiden at 11:12 UTC on April 19. That means that, from some places worldwide, the moon turns full before dawn on April 19. More about the precise time of the full moon shortly.

As darkness falls around the world on April 18, it’ll be an almost-full waxing gibbous moon in the neighborhood of Spica, the constellation Virgo’s one and only 1st-magnitude star. 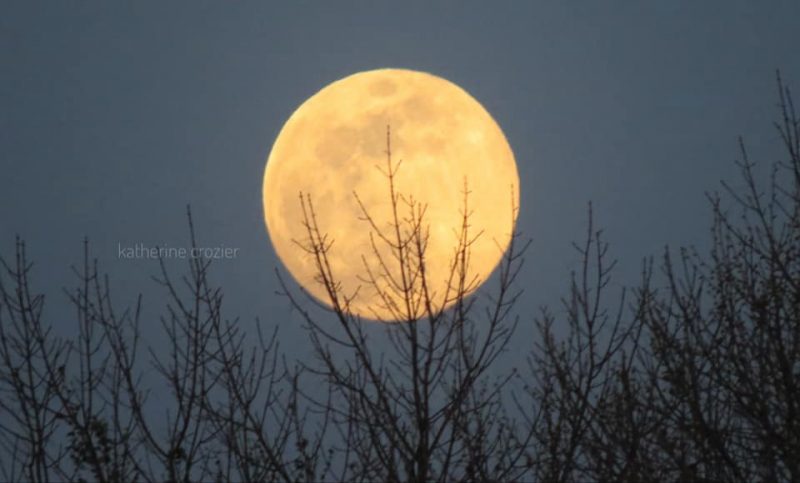 Technicalities aside, however, the moon appears full to the eye for a few days. That’s because at the vicinity of full moon, the moon remains more or less opposite the sun for a day or two. From around the world, expect to see a full-looking moon lighting up the nighttime from dusk until dawn tonight (April 19).

Want to know when the moon turns precisely full at your time zone? Click here and remember to check the moon phases box. 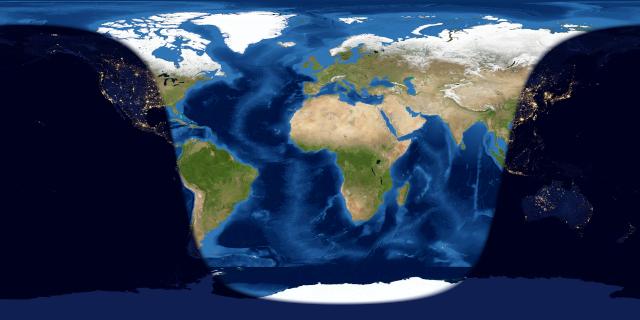 The day and night sides of Earth at the instant of full moon (April 19, 2019 at 11:12 UTC). The shadow line at left (running through North America) depicts sunrise April 19, and the shadow line at right (running through eastern Asia) represents sunset April 19. For the eastern parts of North America, the sun is above the horizon and the moon is below the horizon at the instant of full moon. Image via EarthView.

Click here to know which constellation presently backdrops the moon.

From the perspective of the Northern Hemisphere, Virgo is absent from the early evening sky starting in autumn and throughout the winter. But Virgo’s return to the sky at nightfall coincides with the verdant season of spring.

The sun spends far more time in front of Virgo than any other constellation. This year, in 2019, the sun enters Virgo on September 17 and leaves Virgo on October 31. Sky chart of the constellation Virgo via the IAU (International Astronomical Union).

Bottom line: Enjoy the April 2019 full moon on April 19. At the crest of full phase, it shines in front of the constellation Virgo the Maiden.