NASA has begun its latest hurricane science field campaign by flying an unmanned Global Hawk aircraft over Hurricane Leslie in the Atlantic Ocean during a day-long flight from California to Virginia. 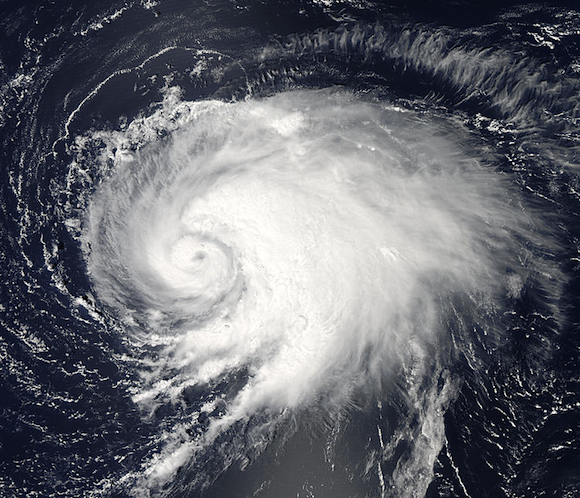 This visible image of Hurricane Leslie was captured by the MODIS instrument aboard NASA’s Aqua satellite on Sept. 5 at 1:15 p.m. EDT as the storm was approaching Bermuda. Leslie was just becoming a hurricane and its eye became visible. Image Credit: NASA Goddard/MODIS Rapid Response Team. View Larger.

With the Hurricane and Severe Storm Sentinel (HS3) mission, NASA for the first time will be flying Global Hawks from the U.S. East Coast.

The Global Hawk took off from NASA’s Dryden Flight Research Center at Edwards Air Force Base, Calif., Thursday and landed at the agency’s Wallops Flight Facility on Wallops Island, Va., today at 11:37 a.m. EDT after spending 10 hours collecting data on Hurricane Leslie. The month-long HS3 mission will help researchers and forecasters uncover information about how hurricanes and tropical storms form and intensify.

NASA will fly two Global Hawks from Wallops during the HS3 mission. The planes, which can stay in the air for as long as 28 hours and fly over hurricanes at altitudes greater than 60,000 feet, will be operated by pilots in ground control stations at Wallops and Dryden Flight Research Center at Edwards Air Force Base, Calif.

The mission targets the processes that underlie hurricane formation and intensity change. The aircraft help scientists decipher the relative roles of the large-scale environment and internal storm processes that shape these systems. Studying hurricanes is a challenge for a field campaign like HS3 because of the small sample of storms available for study and the great variety of scenarios under which they form and evolve. HS3 flights will continue into early October of this year and be repeated from Wallops during the 2013 and 2014 hurricane seasons.

The first Global Hawk arrived Sept. 7 at Wallops carrying a payload of three instruments that will sample the environment around hurricanes. A second Global Hawk, scheduled to arrive in two weeks, will look inside hurricanes and developing storms with a different set of instruments. The pair will measure winds, temperature, water vapor, precipitation and aerosols from the surface to the lower stratosphere. 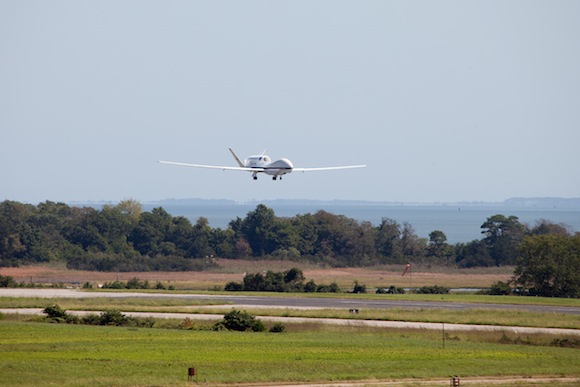 “The primary objective of the environmental Global Hawk is to describe the interaction of tropical disturbances and cyclones with the hot, dry and dusty air that moves westward off the Saharan desert and appears to affect the ability of storms to form and intensify,” said Scott Braun, HS3 mission principal investigator and research meteorologist at NASA’s Goddard Space Flight Center in Greenbelt, Md.

The CPL will measure cloud structure and aerosols such as dust, sea salt and smoke particles. The S-HIS can remotely sense the temperature and water vapor vertical profile along with the sea surface temperature and cloud properties. The AVAPS dropsonde system will eject small sensors tied to parachutes that drift down through the storm, measuring winds, temperature and humidity.

“Instruments on the ‘over-storm’ Global Hawk will examine the role of deep thunderstorm systems in hurricane intensity change, particularly to detect changes in low-level wind fields in the vicinity of these thunderstorms,” said Braun.

HIWRAP measures cloud structure and winds, providing a three-dimensional view of these conditions. HAMSR uses microwave wavelengths to measure temperature, water vapor, and precipitation from the top of the storm to the surface. HIRAD measures surface wind speeds and rain rates.