Greening of the Earth pushed way back in time

A new study has presented evidence for life on land that dates back 2.2 billion years and almost half way back to the inception of the planet.

Conventional scientific wisdom has it that plants and other creatures have only lived on land for about 500 million years, and that landscapes of the early Earth were as barren as Mars.

A new study, led by geologist Gregory J. Retallack of the University of Oregon, now has presented evidence for life on land that is four times as old — at 2.2 billion years ago and almost half way back to the inception of the planet. 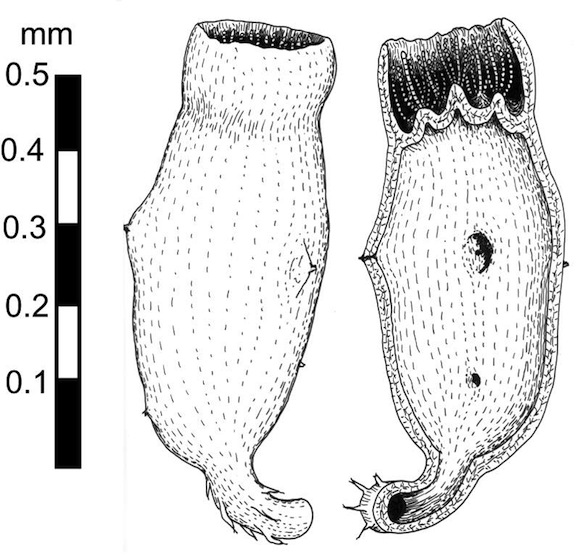 That evidence, which is detailed in the September issue of the journal Precambrian Research, involves fossils the size of match heads and connected into bunches by threads in the surface of an ancient soil from South Africa. They have been named Diskagma buttonii, meaning “disc-shaped fragments of Andy Button,” but it is unsure what the fossils were, the authors say.

“They certainly were not plants or animals, but something rather more simple,” said Retallack, professor of geological sciences and co-director of paleontological collections at the UO’s Museum of Natural and Cultural History. The fossils, he added, most resemble modern soil organisms called Geosiphon, a fungus with a central cavity filled with symbiotic cyanobacteria.

“There is independent evidence for cyanobacteria, but not fungi, of the same geological age, and these new fossils set a new and earlier benchmark for the greening of the land,” he said. “This gains added significance because fossil soils hosting the fossils have long been taken as evidence for a marked rise in the amount of oxygen in the atmosphere at about 2.4 billion to 2.2 billion years ago, widely called the Great Oxidation Event.”

By modern standards, in which Earth’s air is now 21 percent oxygen, this early rise was modest, to about 5 percent oxygen, but it represented a rise from vanishingly low oxygen levels earlier in geological time.

Demonstrating that Diskagma are fossils, Retallack said, was a technical triumph because they were too big to be completely seen in a standard microscopic slide and within rock that was too dark to see through in slabs. The samples were imaged using powerful X-rays of a cyclotron, a particle accelerator, at the Lawrence Berkeley National Laboratory in California.

The images enabled a three-dimensional restoration of the fossils’ form: odd little hollow urn-shaped structures with a terminal cup and basal attachment tube. “At last we have an idea of what life on land looked like in the Precambrian,” Retallack said. “Perhaps with this search image in mind, we can find more and different kinds of fossils in ancient soils.”

In their conclusion, the researchers noted that their newly named fossil Diskagma is comparable in morphology and size to Thucomyces lichenoides, a fossil dating to 2.8 billion years ago and also found in South Africa, but its composition, including interior structure and trace elements, is significantly different.

Diskagma also holds some similarities to three living organisms, which were illustrated microscopically in the study: the slime mold Leocarpus fragilis as found in Oregon’s Three Sisters Wilderness; the lichen Cladonia ecmocyna gathered near Fishtrap Lake in Montana; and the fungus Geosiphon pyriformis from near Darmstadt, Germany.

The new fossil, the authors concluded, is a promising candidate for the oldest known eukaryote — an organism with cells that contain complex structures, including a nucleus, within membranes.

“Researchers at the UO are collaborating with scientists from around the world to create new knowledge with far-reaching applications,” said Kimberly Andrews Espy, UO vice president for research and innovation, and dean of the graduate school. “This research by Dr. Retallack and his team opens new doors of inquiry about the origins of ancient life on Earth.”

Via University of Oregon