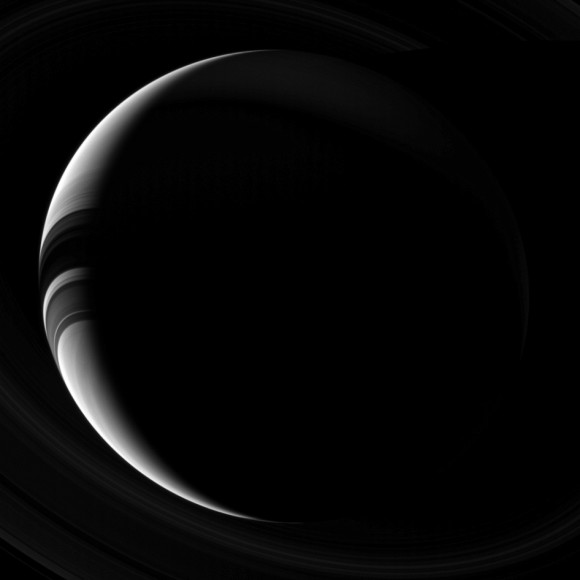 Cassini spacecraft cameras took this image of planet Saturn, which appears as only a thin, lit crescent, broken only by the shadows of its rings. It’s a view of Saturn you can’t see from Earth.

This view looks toward the unilluminated side of the rings from about 42 degrees below the ringplane. The image was taken with the Cassini spacecraft wide-angle camera on Sept. 20, 2013.

The view was obtained at a distance of approximately 1.4 million miles (2.3 million kilometers) from Saturn and at a sun-Saturn-spacecraft, or phase, angle of 142 degrees.