Video: A 1967 version of the Office of the Future

In this 1967 video clip, Walter Cronkite shows us the office of the future. His predictions, though visually dated, are more accurate than you might expect.

In the late 1960s, news anchor Walter Cronkite’s hosted a regular half-hour CBS documentary program called The 21st Century. Every Sunday night, viewers could tune in to see the exciting technological advancements that might become available 30 or 40 years down the road … in other words, now. 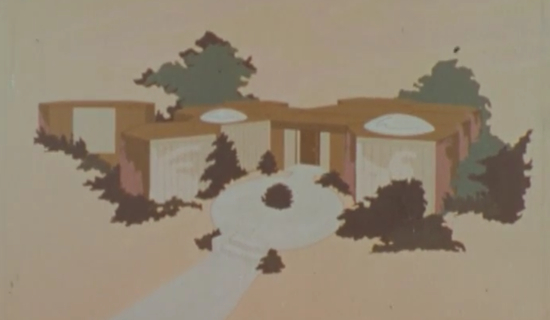 Exterior of the Home of the Future, as imagined in 1967. I think I’ve seen this one.

An episode airing on March 12, 1967 offered viewers a look at the home of the 21st century, filled with robot servants, 3D television, inflatable furniture and molded on-demand dishes.

In the video below, you can see the office of the 21st century.

Though my home doesn’t have robot servants (unfortunately) it does have a home office connected to the outside world by computers. According to Cronkite in 1967:

… in the 21st century, it may be that no home will be complete without a computerized communications consol.

Bottom line: In this 1967 video clip from The 21st Century, Walter Cronkite shows us the office of the future. His predictions, though visually dated, are more accurate than you might expect.