This date in science: The man who designed the Brooklyn Bridge

John A. Roebling, whose birthday is today, designed the Brooklyn Bridge. But he never saw the bridge come to completion.

June 12, 1806. John A. Roebling, who designed the Brooklyn Bridge, was born on this date in 1806. The Brooklyn Bridge was the first steel-wire suspension bridge and also the longest suspension bridge in the world when completed in 1883. Its main span is is 1,596 feet (486 meters). Completed in 1883, it’s one of the oldest suspension bridges in the United States today. The bridge connects the boroughs of Manhattan and Brooklyn across the East River. More than 120,000 vehicles still cross its span each day, according to a New York City official website. 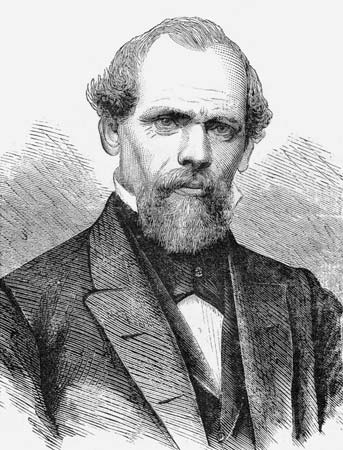 John A. Roebling, designer of the Brooklyn Bridge. Image via Wikimedia Commons

Roebling was born in Prussia and came to the United States as a young man in 1831. According to the Library of Congress, he began his career in Pennsylvania assisting with designing canals that criss-crossed the state. He also earned a patent for his work in designing a wire rope to get barges across railway tracks.

It turned out the wire rope was also useful for suspension bridges, and Roebling had his hand in designing quite a few of them, including the Brooklyn Bridge. Roebling’s work also included the Sixth Street Bridge in Pittsburgh and the Niagara River Gorge Bridge. 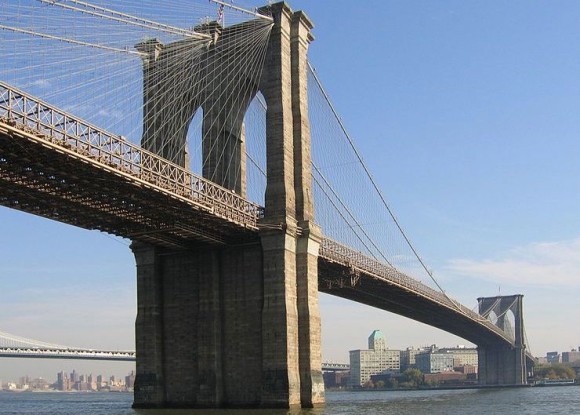 Yet Roebling did not live to see the grand opening of the Brooklyn Bridge. He died 14 years beforehand of tetanus arising from a foot injury he sustained on site. According to a story in the New York Times, Roebling had been conducting surveys for the bridge project when a ferry pinned his foot against a piling and crushed it. His crushed toes were amputated, and he later developed a tetanus infection which left him incapacitated and soon resulted in his death. At that point, his 32-year-old son Washington Roebling took charge of the project. 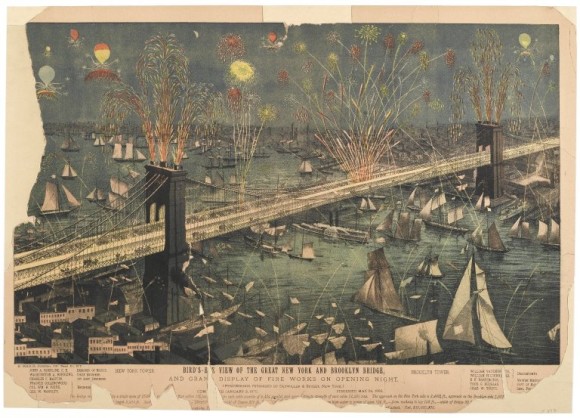 This drawing, by an unknown artist, is called “Bird’s-Eye View of the Great New York and Brooklyn Bridge and Grand Display of Fire Works on Opening Night.” It’s via Wikimedia Commons.

The Brooklyn Bridge has inspired artists of all disciplines. For example, in her poem Granite and Steel, Marianne Moore described the bridge as a:

way out; way in; romantic passageway
first seen by the eye of the mind,
then by the eye. O steel! O stone!
Climactic ornament, a double rainbow…

The video below is called New Brooklyn to New York #2. It’s by Thomas A. Edison, Inc. Producer is possibly James White. Circa 1899.

Bottom line: June 12, 1806 is the birthday of John A. Roebling, the man who designed the Brooklyn Bridge.