John Burroughs – born in 1837 – was one of the 1st nature writers. He said: “I go to nature to be soothed and healed, and to have my senses put in order.” 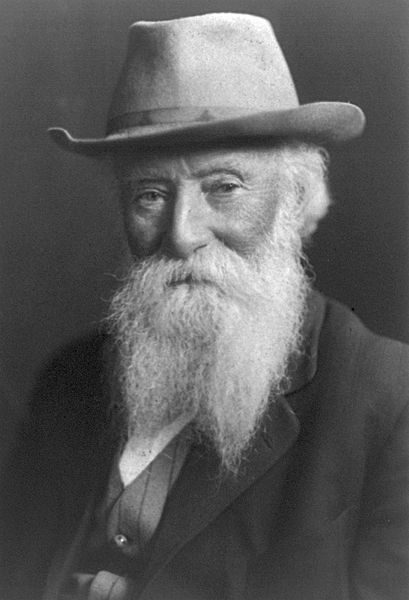 April 3, 1837. John Burroughs – born on today’s date in 1837 – was one of the first naturalists who focused on communicating his love of nature through the written word. You might think you haven’t heard of Burroughs, but you’ve probably heard of some of the things he said. For example:

I go to nature to be soothed and healed, and to have my senses put in order.

He was one of the first to say in print:

If you think you can do it, you can.

Burroughs was born on a family farm in the Catskill Mountains in New York state. He was said to be captivated by the return of the birds each spring and other wildlife around the farm, including frogs and bumblebees. In his later years, he credited his life as a farm boy for his subsequent love of nature and feeling of kinship with all rural things.

Later in life, Burroughs often moonlighted as a writer while holding other jobs, which ranged from a teacher, to a farmer, to an employee of the U.S. Treasury Department. He published articles in prominent magazines of his time, including Atlantic Monthly. Read Burroughs’ Atlantic Monthly articles here, or find many of his writings available free online at Project Gutenberg. 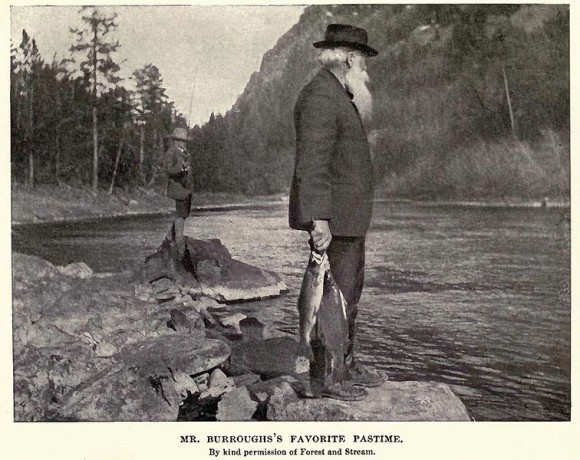 From his youth, Burroughs was an avid fly fisherman. This photo is from his 1906 book “Camping and Tramping with Roosevelt.”

John Burroughs died in 1921. President Theodore Roosevelt, in dedicating one of his books to Burroughs, wrote of him:

It is a good thing for our people that you have lived, and surely no man can wish to have more said of him.

Meanwhile, Burroughs said of himself:

Joy in the universe, and keen curiosity about it all – that has been my religion.

Bottom line: April 3, 1837, is the birthday of John Burroughs, one of the first naturalists who focused his writing on communicating his love of nature.