Still no evidence for blood-type diet

Unless something new emerged whilst I wasn’t paying attention, Paleo is probably still the fad diet du jour. It gets a lot wrong about human evolution and biology, and yet it’s not the most scientifically dodgy popular diet out there. That honor, IMHO, should go to the so-called “blood-type diet”. Based on P.J. D’Adamo’s bestselling book Eat Right For Your Type, the dining regimen aims to match individuals’ food choices to their ABO blood group. And despite initially sounding like some kind of vampirism, the blood-type diet has captured a broad audience. During it’s almost two decades in print, the book has sold over 7 million copies and been translated into upwards of 60 languages. Does it work? Proponents of the diet shout a resounding “Yes! I’ve lost ten pounds!” But, as always, those lab-coated killjoys in science beg to differ. The latest is a team from the University of Toronto, whose new study is published in PLOS One.

So, ABO blood-types. Let’s review. Depending on your blood-type, your red blood cells are adorned with one or more flavors of polysaccharide antigens. Type A blood has A antigens, type B has B antigens, type AB sports some of each, while poor type O wanders around naked.* In addition to these antigens, your body also produces antibodies that bind to and generally muck whatever antigens aren’t carried on your own blood cells. This is why we can’t just use any old blood for transfusions. If, for instance, a type O individual (with carries no antigens and thus makes antibodies against both A and B antigens) receives A, B or AB blood, their antibodies attack the foreign cells and make a bloody mess. Figuring this out made medicine run a lot more smoothly, which is great, but what does it have to do with eating habits? 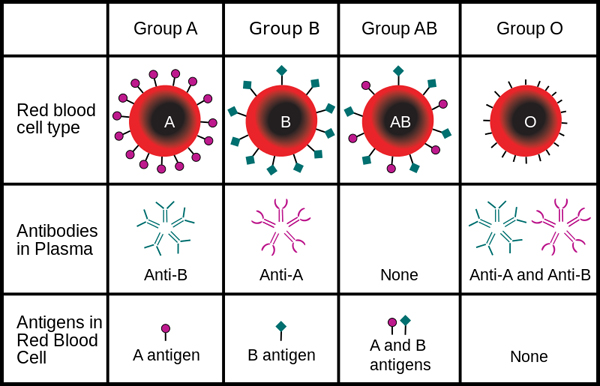 Well, the ABO blood types are hereditary, and the four groups allegedly emerged at different periods in evolutionary history. As with the Paleo diet, the blood-type diet suggests that we eat more like our ancestors. But it adds to this that we should specifically eat those foods that would have been common during the emergence of our particular blood type. For D’Adamo that means type O should emulate a hunter-gatherer diet, type A should aim for the largely plant-based diet that might have been the norm for early agrarian societies, and type B should do well with meat and dairy products favored by nomadic herding tribes. Meanwhile AB can do a split-the-difference thing with the A and B type meal plans. These are broad strokes summaries, but you get the idea.

Not surprisingly, scientists have taken issue with some of the concepts behind the diet. For one thing, D’Adamo’s would-be mechanism of action – the claim that lectins (sugar-binding proteins) on certain foods would interact badly if they encountered a mismatched blood-type – is not supported by experimental evidence. Additionally, there seems to be some confusion over the order in which the blood groups evolved. D’Adamo bases his diet around type O being the first on the scene, but current wisdom pegs type A as the more likely ancestral blood group.

Still, there is notable variation between individuals of different blood groups in terms of disease risk. For instance, type B people have a lower risk of type 2 diabetes than do the type Os. So it’s not completely daft to speculate that there could also be some variation on how blood types react to particular foods. Perhaps D’Adamo stumbled on to something significant without properly understanding the reasons behind it. We should at least check, right? And thus, with no decent studies directly addressing the diet’s efficacy, (user reviews on Amazon are not considered scientifically rigorous evidence) the University of Toronto researchers decided to take up the task. 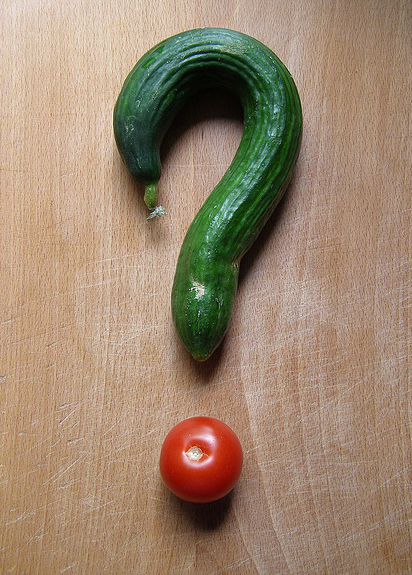 Should you eat these? Image: erix!

Their study examined the eating habits of 1455 individuals (assessed via month-long food questionnaire) and ranked them based on how closely they matched the four different diets recommended for the ABO blood groups. The results showed that those individuals whose food intake most closely resembled the Type-A diet (lots of vegetables and grains, minimal on the meat and dairy) faired well in several measures of cardiometabolic health. They had smaller waist circumference, lower BMI, lower blood pressure, cholesterol, and triglycerides, and less insulin resistance than those with less A-ish diets (crude translation: they were thinner and healthier). Individuals following something close to the Type AB diet (like Type A, but with a few more animal products thrown in, mostly eggs and fish) did alright too. They scored well in the health measures, but had no advantage in waist circumference or BMI (crude translation: healthier but not thinner). A Type O diet (meat and veggies, avoid grains and dairy) helped out with triglycerides, but not much else. And the Type B diet had no significant health benefits to offer.

Now keep in mind that up to this point we’ve just been discussing the data on how eating habits relate to health, not how this relates to individuals’ blood types. Do folks with type A blood fare better on the Type A diet than do the type O people, and vise versa? To find out, the researchers re-examined the data, this time with everyone sorted by blood type and, wouldn’t you know it, it didn’t make any difference. The results were the same. The diets had their particular benefits, but those benefits extended to everyone, regardless of blood type. Conclusion: you don’t need to find out your blood type before buying groceries.

It’s not a perfect study, to be sure. Subjects weren’t randomly assigned to diets. They just ate whatever they normally ate and reported it. They were also a bit young (20-29) for the effects of poor diet to be really noticeable. But so far, it’s the best thing going. In the meantime, the only evidence in favor of the diet remains anecdotal – the happy tales of satisfied customers.

So what gives the blood-type diet its appeal? Personally, I suspect it’s because there’s something genuinely enjoyable about grouping things into categories. It’s like taking one of those “which Harry Potter character are you?” quizzes online. Each of the blood types even come with their own astrology-esque personality traits.** And the list of recommended/to-be-avoided foods used for the study is itself hours of fun. Interestingly, everyone can have broccoli and kale, but nobody can have olives. (Seriously? No olives? What’s the point of being alive then?)

Entertainment value aside, the diets themselves aren’t terrible. The Type A diet, for one, looks like the standard plant-based, whole-grain affair often recommended for those at risk for cardiovascular disease. And the other diets are reasonable enough too, and certainly an improvement on many modern eating habits. There is no blood group for which D’Adamo recommends a regimen of 32-ounce sodas and chocolate-frosted pop-tarts. (Do they still make those? They were a childhood favorite of mine.) So if you currently subsist primarily on junk food, as often the case, and you can stick to one of these diets, then, sure, you may indeed lose weight and feel better. But it likely has nothing to do with your blood type.

* There’s also the whole positive/negative Rh factor thing, but it doesn’t figure into D’Adamo’s diet so we’ll ignore it for today.

** From the Eat Right For Your Type website: “Type As most often described themselves in ways related to the following characteristics: sensitive to the needs of others, good listeners, detail oriented, analytical, creative and inventive.”