A physicist suggests that crop-circle artists might be using GPS, lasers and microwaves to create intricate patterns on farmer’s fields.

In the August 2011 edition of Physics World, Richard Taylor, director of the Materials Science Institute at the University of Oregon, takes on a topic that his critics might claim is beyond scientific understanding – crop circles. Taylor suggests that that crop-circle artists might be using GPS, lasers and microwaves to create elaborate crop-circle art.

No one can pinpoint the exact date that crop circles began to appear, but the documented cases of these huge patterns on Earth’s surface – created by flattening a crop such as wheat, barley or rye – have substantially increased from the 1970s to current times. According to Wikipedia, 26 countries reported some 10,000 crop circles in the last third of the 20th century. About 90% of those were located in southern England.

As the 21st century began, crop-circle designs have become more complex than ever. Some feature up to 2,000 different shapes. Mathematical analysis has revealed the use of construction lines, invisible to the eye, that govern pattern design, although exactly how crop circles are created remains mysterious. 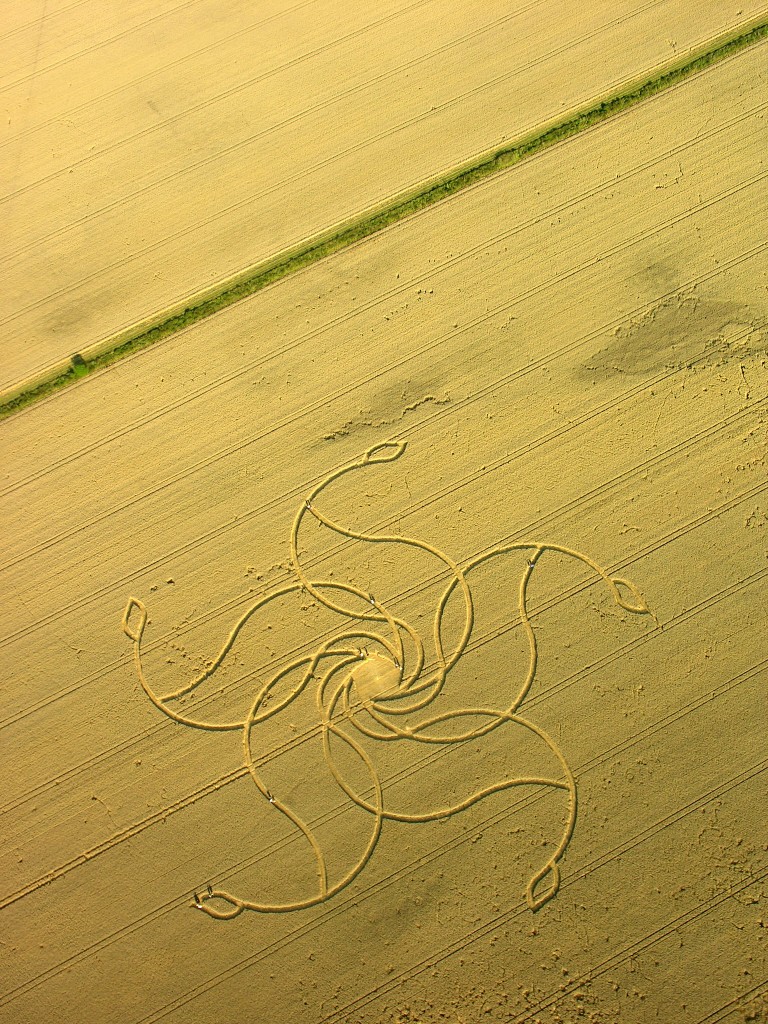 Richard Taylor believes that physics could hold the answer. He suggests that crop-circle artists might be using a Global Positioning System (GPS), as well as lasers and microwaves, to create their patterns, dispensing with the rope, planks of wood and bar stools some used in the past.

Taylor suggests that artists could be using microwaves to make crop stalks fall over and cool in a horizontal position – a technique that might explain the speed and efficiency of the artists and the incredible detail of some patterns.

One research team claims to have reproduced the intricate damage inflicted on crops using a handheld magnetron, readily available from microwave ovens, and a 12 V battery.

Crop-circle artists are not going to give up their secrets easily. This summer, unknown artists will venture into the countryside close to your homes and carry out their craft, safe in the knowledge that they are continuing the legacy of the most science-oriented art movement in history.

It may seem odd for a physicist such as Taylor to be studying crop circles, but then he is merely trying to act like any good scientist – examining the evidence for the design and construction of crop circles without getting carried away by the side-show of UFOs, hoaxes and aliens.

Bottom line: Richard Taylor, director of the Materials Science Institute at the University of Oregon, suggests in the August 2011 issue of Physics World that crop-circle artists might be using GPS, lasers and microwaves to create elaborate crop-circle art.

Via Institute of Physics

If we found alien life, would we know it?