MIT discovery: A drug to cure nearly any virus

In tests, the new drug was effective against rhinoviruses that cause the common cold, the swine flu virus H1N1, a stomach virus, a polio virus and dengue fever.

In a development that could transform how healthcare professionals treat viral infections – and potentially bring you relief when you have a cold, the flu, or something more serious – researchers at MIT’s Lincoln Laboratory have announced that they have designed a new drug that can cure nearly any viral infection.

They say the drug identifies cells infected by a virus, then kills those cells to terminate the infection, leaving healthy cells unharmed.

The anitviral drug – named DRACO for Double-stranded RNA Activated Caspase Oligomerizers – was effective against all of the 15 viruses tested by these researchers, including rhinoviruses that cause the common cold, the swine flu virus (H1N1), a stomach virus, a polio virus, dengue fever and several types of hemorrhagic fever.

In theory, it should work against all viruses.

Most bacterial infections respond to antibiotics such as penicillin, discovered decades ago. However, such drugs are useless against viral infections, including influenza, the common cold, and deadly hemorrhagic fevers such as Ebola.

DRACO works by targeting a type of RNA produced only in cells that have been infected by viruses.

Because the technology is broad-spectrum, it could potentially be effective in combating outbreaks of new viruses, such as the 2003 SARS (severe acute respiratory syndrome) outbreak, according to Rider. 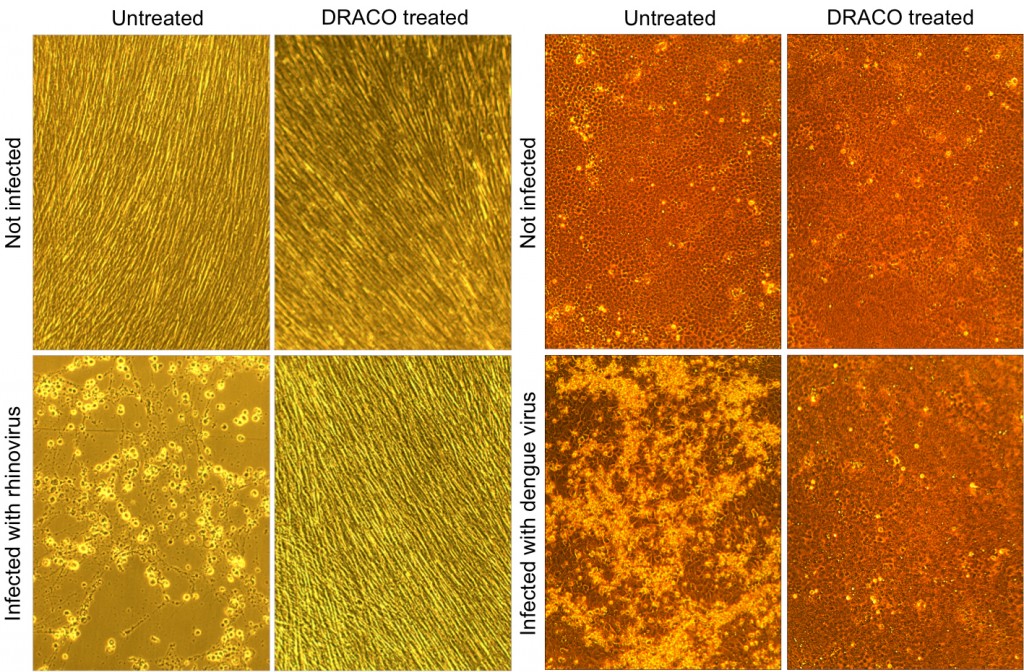 Rider had the idea of developing a broad-spectrum antiviral therapy about 11 years ago, after inventing CANARY (Cellular Analysis and Notification of Antigen Risks and Yields), a biosensor that can rapidly identify pathogens. He explained:

If you detect a pathogenic bacterium in the environment, there is probably an antibiotic that could be used to treat someone exposed to that, but I realized there are very few treatments out there for viruses.

There are a handful of drugs that combat specific viruses, such as the protease inhibitors that control HIV infection, but these are relatively few in number and susceptible to viral resistance.

When viruses infect a cell, they take over its cellular machinery for their own purpose – that is, creating more copies of the virus. During this process, the viruses create long strings of double-stranded RNA (dsRNA), which is not found in human or other animal cells. 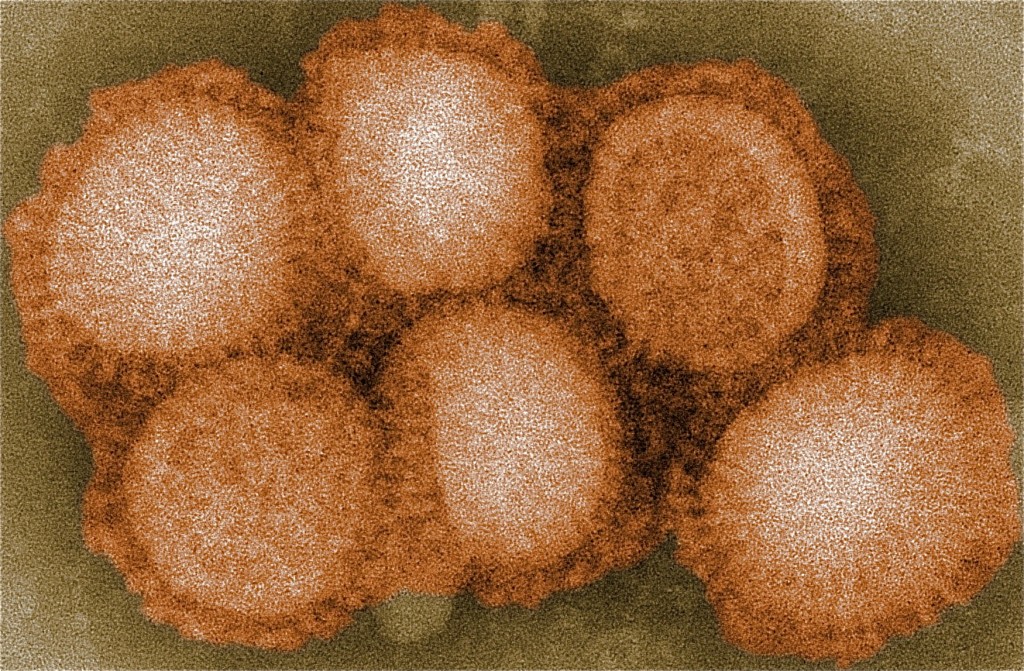 As part of their natural defenses against viral infection, human cells have proteins that latch onto dsRNA, setting off a cascade of reactions that prevents the virus from replicating itself. However, many viruses can outsmart that system by blocking one of the steps further down the cascade.

Rider had the idea to combine a dsRNA-binding protein with another protein that induces cells to undergo apoptosis (programmed cell suicide) – launched, for example, when a cell determines it is en route to becoming cancerous. Therefore, when one end of the DRACO binds to dsRNA, it signals the other end of the DRACO to initiate cell suicide.

Each DRACO also includes a “delivery tag,” taken from naturally occurring proteins, that allows it to cross cell membranes and enter any human or animal cell. However, if no dsRNA is present, DRACO leaves the cell unharmed.

Most of the tests reported in this study involved human and animal cells cultured in the lab, but the researchers also tested DRACO in mice infected with the H1N1 influenza virus. When mice were treated with DRACO, they were completely cured of the infection. The tests also showed that DRACO itself is not toxic to mice.

The researchers are now testing DRACO against more viruses in mice and beginning to get promising results. Rider says he hopes to license the technology for trials in larger animals and for eventual human clinical trials.

Bottom line: Todd Rider and his team at MIT have developed an antiviral drug, DRACO – for Double-stranded RNA Activated Caspase Oligomerizers – that they say has the potential to cure almost any viral infection. Their study results appear in the July 27, 2011 issue of PLoS One.