Japan’s coastline before and after the tsunami

These NASA satellite photos from September 2010 and March 2011 show the contrast in the appearance of Japan’s coastline, before and after the March 11 tsunami.

These images taken with NASA satellites show the effects of the March 11, 2011 tsunami on the coastline of the island nation of Japan. 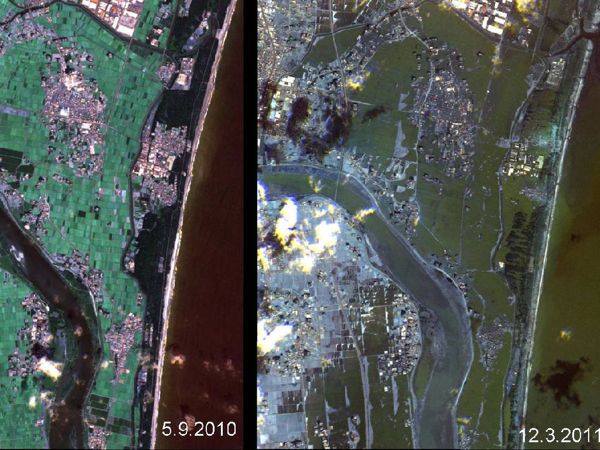