“It’s not practical to talk about powering a planet with energy stored in batteries. It’s more reasonable to store energy in the chemical bonds of molecules.” – Tom Meyer 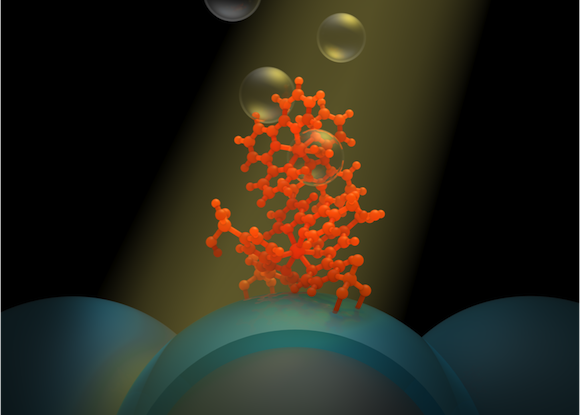 Tom Meyer at the Energy Frontier Research Center at the University of North Carolina at Chapel Hill built a device that converts the sun’s energy not into electricity but hydrogen fuel and stores it for later use. He says his group’s findings could provide “a last major piece of a puzzle for a new way to store the sun’s energy – it could be a tipping point for a solar energy future.”

Researchers at the University of North Carolina (UNC) at Chapel Hill have built a system that converts the sun’s energy not into electricity but into hydrogen fuel. The system then stores this fuel for later use. Chemist Tom Meyer at UNC’s College of Arts and Sciences led the research. He said in a press release on January 14, 2014 that it’s not practical to talk about powering a planet with energy stored in batteries. It’s more reasonable, he said, to store energy in the chemical bonds of molecules. He said:

And that’s what we did – we found an answer through chemistry.

A major hurtle for those trying to develop a viable and inexpensive way to use solar energy has been energy storage. The sun goes down at night, taking with it the ability to power our homes and cars.

Meyer and colleagues at UNC and North Carolina State University used a technique known as a dye-sensitized photoelectrosynthesis cell, or DSPEC, to generate hydrogen fuel by using the sun’s energy to split water into its component parts. After the split, hydrogen is sequestered and stored, while the byproduct, oxygen, is released into the air. But, Meyer said:

… splitting water is extremely difficult to do. You need to take four electrons away from two water molecules, transfer them somewhere else, and make hydrogen, and, once you have done that, keep the hydrogen and oxygen separated.

The team says the infrastructure to install their new sunlight-to-fuel converters is in sight, based on existing technology.