“Anybody besides me notice that the past two decades have been nameless?” 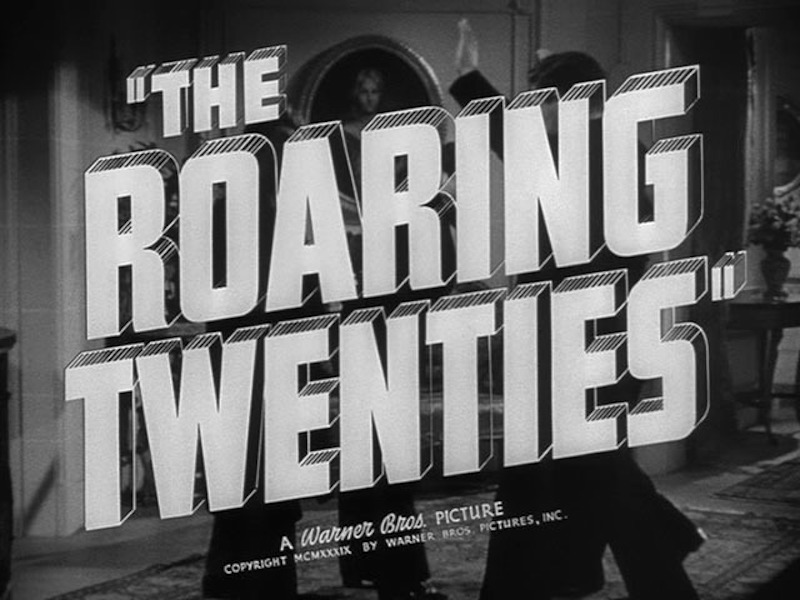 Can you believe this is a century ago?

Reprinted with permission from Jay Ryan at Classical Astronomy

Another decade has passed quickly and here we are on the threshold of yet another. For those of us of a certain age, it’s kind of mind-blowing that the ’20s are here again, and that the decade of the Roaring ’20s is already a century gone by. My grandmother told me stories of her days as a flapper who danced the Charleston. It’s already 100 years since Prohibition and Charles Lindbergh’s historic first nonstop flight from New York to Paris. Wonder what the 2020s will one day be famous for?

For my own part, I’m glad to be getting back to a decade that has a name and an identity. Anybody besides me notice that the past two decades have been nameless? I mean, I grew up in the ’60s and ’70s and those decades were known by those names, as were the ’80s and ’90s that followed.

I remember asking people in the late ’90s, as the Y2K scare loomed, what will we call the next decade? The ’00s??? How about the 2000s???? But notice that nobody ever called that decade anything at all. And so the first decade of the 21st century still remains nameless to this day. Nobody really talks about it. Same with the current decade now ending. The ’10s??? The Teens??? Nobody says either of those either.

The first decade of the 20th century was sometimes called the Oughts, as in, “Why sonny, I bought my first Model T back in ‘Ought-Nine”. But that’s not how people talk today. The current decade is not properly the Teens either, due the idiosyncrasies of the English language. Ten is not a teen and neither are 11 and 12. So the decade of the Teens would be a third over before you ever got to 13.

Some people have their own theories about what these past two decades should be called. My one friend calls the first decade of the 21st century the Oh-Oughts. Well, that’s one of him and zero of everybody else. We need a consensus!

If something has a name, it has an identity. When someone says the ’60s it conjures up images of hippies and moon landings. The ’70s evokes disco and double-digit inflation, and the ’80s connotes MTV and video arcades. These decades were always mentioned by name during their times and were the subject of daily conversation by everyone. But not so since 2000. The nameless decades of the ’00s and the ’10s have no such identities, though certainly enough notable and iconic events have happened in those decades to distinguish them.

An entire generation has come of age growing up in these nameless, faceless, unidentified decades. So these young people might be in for a surprise when the TV media and the average people on the street will all of a sudden be talking about the ’20s all day, every day, just like we all did back in the ’60s, ’70s, ’80s and ’90s. Thus, the sequence of named decades is about to resume again, and will likely continue until the year 2100.

So the ’20s will begin on January 1, 2020. Or will they? There’s always some pedantic killjoy who insists that the new decade does not begin on the 0th year of the decade. We heard a lot from these people 20 years ago, in 1999, when they were insisting that the 21st century woouldn’t begin in 2000, that we had to wait until 2001. See, according to the Christian calendar, Jesus was born in the year 1, not the year 0, so the first decade ended in A.D. 10, and the next decade began in A.D. 11.

Continue the same process for another two millennia and you have the decade of the 2010s ending in 2020. The ’20s must then begin in 2021. Well that’s no fun at all! So I respectfully submit that any random 10 year interval can be arbitrarily grouped into a decade. So how about we make it simple and all agree that the random 10 year interval that arbitrarily begins in 2020 be collectively regarded as the ’20s? Case closed!

Speaking of which, for the last two decades, lots of people (like me) have been counting the years according to two-thousand-whatever. For example, the year that is about to end has been called two-thousand-nineteen. There have been some people who have called the years by twenty-whatever, as in twenty-nineteen. But these folks have mostly been the outliers. The reason for this is simple. The first year of the current reckoning was the long-anticipated year two-thousand. I mean, what else was anyone going to call it? Twenty-oh-oh? No one said that. So then it followed that the next year would be two-thousand-one, just like the movie. That year was then followed by two-thousand-two and so on, until the current year about to end.

I predict that’s about to change for everyone, and change for good. Probably no one is going to say two-thousand-twenty. I mean, twenty-twenty is just plain catchy. It’s the number of perfect eyesight. So after this next new year ends, it will then follow that the next year after that will be twenty-twenty-one, followed by twenty-twenty-two and so on. This will continue all the way up to twenty-ninety-nine which most people today will not be counting. In the meantime, only the cranky old hold-outs from the 20th century will still insist on saying two-thousand-thirty-two after another dozen years.

It’s surprising to me that no one else has been talking about any of this yet. It’s an issue that will impact all our lives. But let’s wait another month or so to see how the ’20s get going and we’ll all find out together!

Bottom line: Looking ahead to the new decade of the 2020s.