I run ‘facial recognition’ on buildings

An art historian describes how he and his team use an analysis technique similar to facial recognition, to unlock architectural secrets. 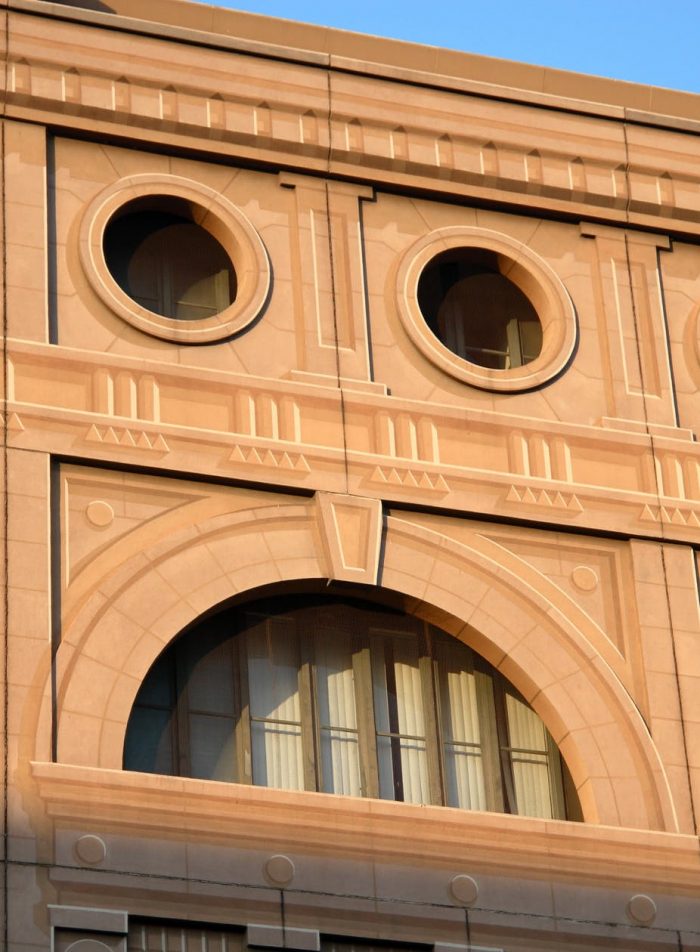 Is this a face or a building? Image via David W/Flickr.

BY Peter Christensen, University of Rochester

About a decade ago, a modest update to Apple’s iPhoto software showed me a new way to study architectural history. The February 2009 update added facial recognition, allowing users to tag friends and loved ones in their photos. After a few faces were tagged, the software would begin to offer suggestions.

But it wasn’t always accurate. Though Apple’s algorithm continues to improve, it had a tendency to find faces in objects – not just statues or sculptures of people, but even cats or Christmas trees. For me, the possibilities became clearest when iPhoto confused a human friend of mine – I’ll call him Mike – with a building called the Great Mosque of Cordoba. 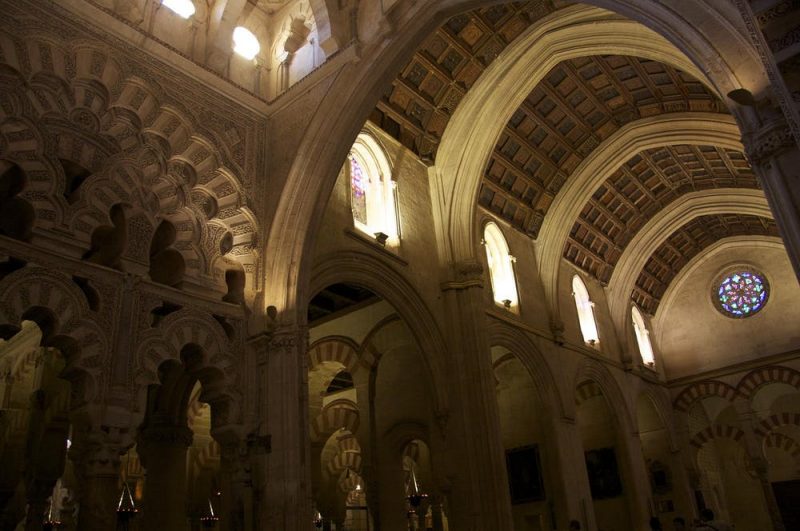 People – but maybe not computers – can tell whether this is a person’s face or the Great Mosque of Cordoba. Image via Erinc Salor.

The ceiling of the mosque’s forecourt supposedly resembled Mike’s brown hair. The layering of two Visigothic archways supposedly resembled the area between Mike’s hairline and the edge of his brow. Finally, the related alignment of the Moorish cusped arches with their striped stonework resembled Mike’s eyes and nose just enough that the software thought a 10th-century mosque was the face of a 21st-century human.

Rather than viewing this as a failure, I realized I had found a new insight: Just as people’s faces have features that can be recognized by algorithms, so do buildings. That began my effort to perform facial recognition on buildings – or, more formally, “architectural biometrics.” Buildings, like people, may just have biometric identities too.

In the late 19th century, railway stations were built across Canada and the Ottoman Empire, as both countries sough to expand control of their territory and regional influence. In each country, a centralized team of architects was charged with designing dozens of similar-looking buildings to be constructed throughout a vast frontier landscape. Most of the designers had never been to the places their buildings would go, so they had no idea whether there were steep slopes, large rock outcroppings or other terrain variations that might have led to design changes.

In both Canada and the Ottoman Empire, construction supervisors on the actual sites had to do their best to reconcile the official blueprints with what was possible on the ground. With communications slow and difficult, they often had to make their own changes to the buildings’ designs to accommodate local topography, among other variable conditions. 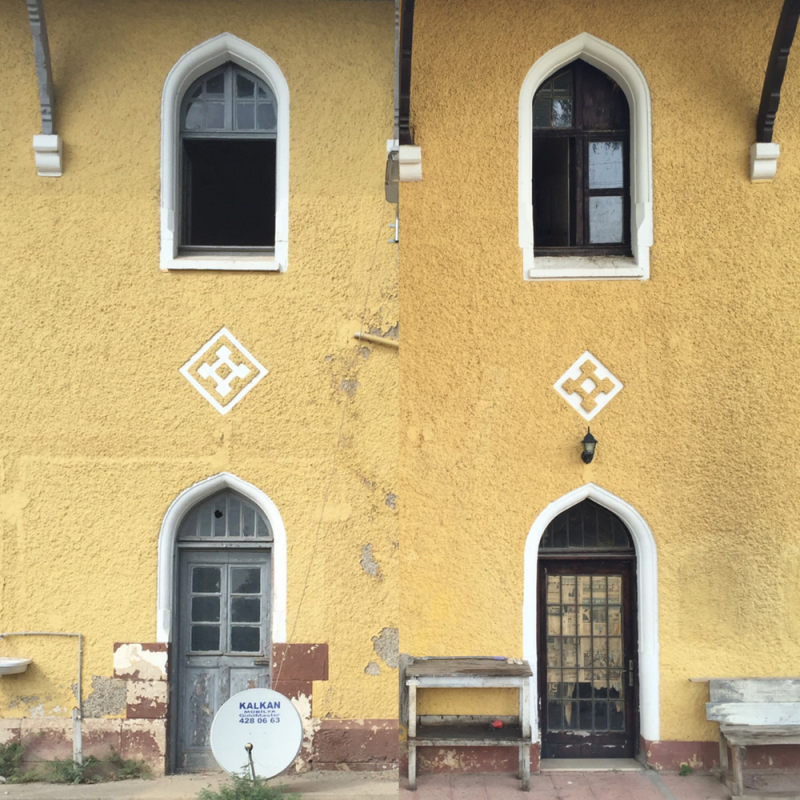 A composite image showing elements of train stations at Zeytinli, left, and Durak, right, which were built from the same plans, yet feature distinctive ornaments, windows and doors. Image via Eitan Freedenberg.

What’s more, the people who actually did the building came from an ever-changing multinational labor force. In Canada, workers were Ukrainian, Chinese, Scandinavian and Native American; in the Ottoman Empire, workers were Arab, Greek and Kurdish. They had to follow directions given in languages they didn’t speak and understand blueprints and drawings labeled in languages they didn’t read.

As a result, the engineers’ and workers’ own cultural notions of what a building should look like and how it should be constructed left their figurative fingerprints on what was built, and how it looked. In each place, there are subtle differences. Some stations’ wooden window frames are beveled, some roofs have finials, and some rounded arches are replaced with ever-so-slightly pointed arches.

Other design changes may have happened more recently, with renovations and restorations. Meanwhile, time has worn down materials, weather has damaged structures and, in some cases, animals have added their own elements – like birds’ nests.

The people behind the facades

In the Canadian and Ottoman case studies, many people had opportunities to influence the final building. The variations are quite like differences between people’s faces – most people have two eyes, a nose, a mouth and two ears, but exactly how those features are shaped and where they’re placed can vary.

Thinking about buildings as objects with biometric identities, I began to use analysis similar to facial recognition to find the subtle differences in each building. My team and I used laser scanners to take detailed 3D measurements of railway stations in Turkey and Canada. We processed the raw data to create computerized models of those measurements. 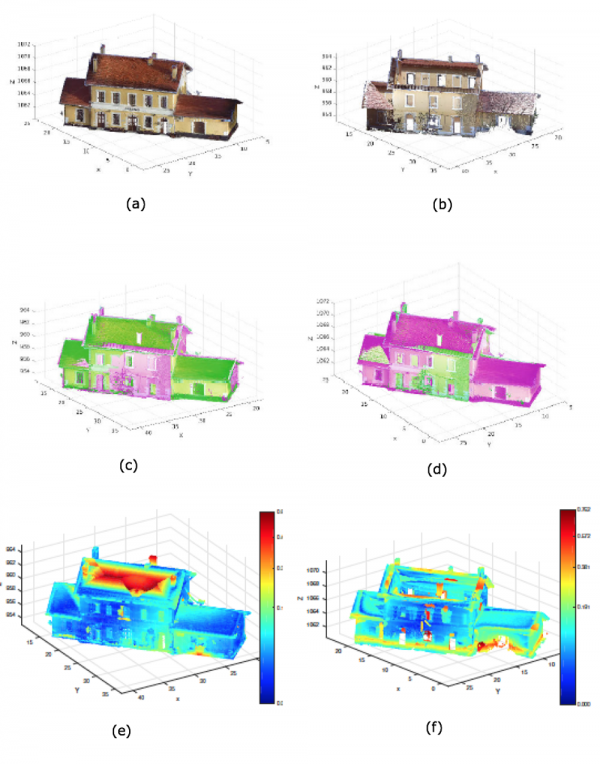 That, in turn, revealed the hands of the builders, highlighting the geographic and multicultural influences that shaped the resulting buildings.

This evidence called into question previous assumptions that buildings, like a sculpture or a painting, are primarily influenced by just one person. Our work has shown that buildings really only begin with drawings, but then invite the input of a vast number of creators, most of whom never achieve the heroic status of architect or designer.

To date, there are no good methods to even try to identify these people and highlight their artistic choices. The absence of their voices has only tended to prop up the idea that architecture is made only by brilliant individuals.

As 3D scanners become increasingly common, perhaps even elements of smartphones, our method will be available to almost anyone. People will use this technology on large objects like buildings, but small ones too. At present, our group is working with Paleoindian points, more commonly known as “arrowheads,” to explore a very different history, geography and set of circumstances than we did with the railway stations.