Musk said Monday from SpaceX headquarters in California that it will send Japanese billionaire and online fashion tycoon Yusaku Maezawa – with a group of artists – on a loop around the moon and back to Earth in 2023. 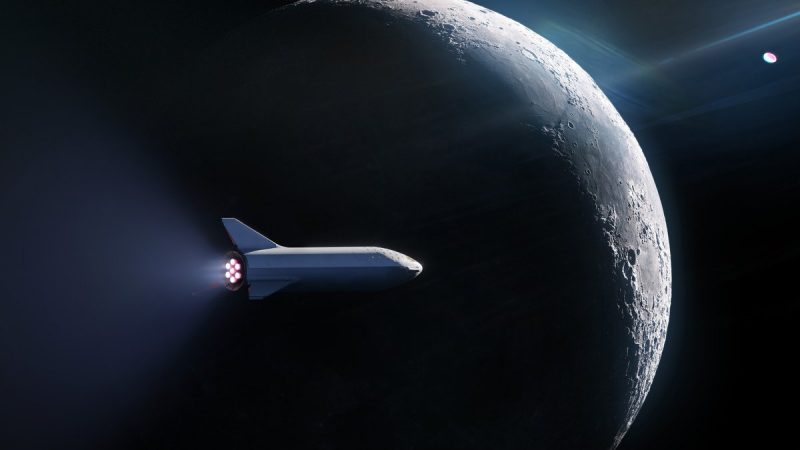 On Monday (September 17, 2018), Elon Musk’s company SpaceX unveiled its plans to send the first private passenger around the moon. The passenger will be Japanese billionaire and online fashion tycoon Yusaku Maezawa, 42. The mission is planned for 2023, and, if all goes according to plan, will be the first journey to the moon by humans since 1972.

The announcement was made at SpaceX’s headquarters in Hawthorne, California.

Maezawa (@yousuck2020 on Twitter) is the founder of Zozotown, Japan’s largest online fashion mall. His net worth is $2.9 billion, according to Forbes. He is also an art enthusiast and said he planned to invite six to eight artists from around the world to accompany him on his trip to the moon, drawing them from a global pool of painters, photographers, musicians, film directors, fashion designers, and architects. He said they’d be asked to “create something” on the return to Earth, adding for reporters:

These masterpieces will inspire the dreamer within all of us.

I choose to go to the moon, with Artists. #dearMoon https://t.co/ivMypEcWBZ

Do you remember the moon missions of the late 1960s and early ’70s? They required giant rockets, called Saturn Vs – of which 15 were built and 13 flown – each as tall as a 36-story building, or about 111 meters tall. To date, the Saturn Vs are the only launch vehicles that have carried humans beyond low Earth orbit.

SpaceX said its moon flight will launch via an as-yet-unbuilt rocket, named the Big Falcon Rocket (BFR). Musk and SpaceX announced this launch system in 2016. The BFR is expected to stand 118 meters high, taller than a Saturn V. SpaceX has said it hopes this rocket will someday carry people to Mars.

No BFR has yet been built, and Musk cautioned, in best Willie Wonka fashion:

It’s not 100 percent certain we can bring this to flight.

Spoiler alert on the video below, if you’ve never seen the movie:

As of today, only 24 humans – all Americans – have traveled from Earth to the moon. Only 12 have set foot on the moon.

Maezawa and his team of artists will not land on the moon. They will travel on a free return trajectory, carrying the BFR to the moon’s far side, the side never seen from Earth, then back to Earth again.

Can Elon Musk and SpaceX pull this off? There’s no question that it’s exceedingly daring, not the least for the passengers. Maezawa said:

Ever since I was a kid, I have loved the moon. This is my lifelong dream.

Hanging out with @yousuck2020 before the @SpaceX moon mission announcement pic.twitter.com/RTOwutzMtG

Bottom line: Elon Musk and SpaceX headquarters plan to send Japanese billionaire Yusaku Maezawa – with a group of artists – on a loop around the moon and back to Earth in 2023.