Thanks to 2019’s record drought in Europe, a 7,000-year-old circle of 150 upright stones is back on dry land in western Spain, after 50 years underwater. 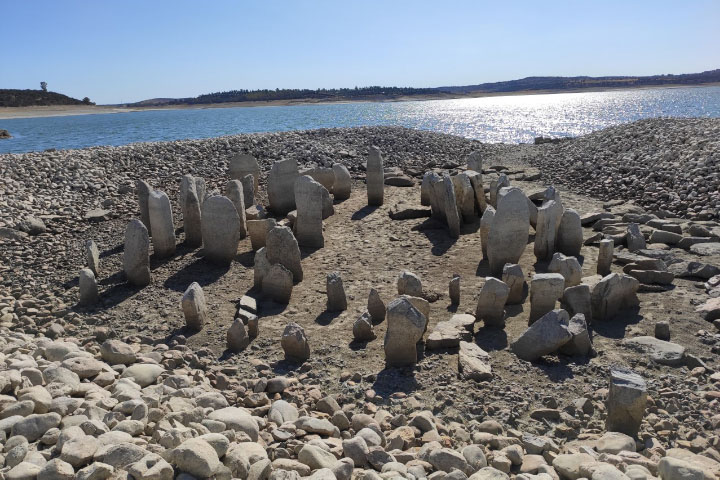 This image shows the remains of the standing stones in July 28, 2019, after having been submerged since the 1960s. Image via NASA Earth Observatory.

After 50 years underwater, Spain’s Dolmen of Guadalperal — a 7,000-year-old circle of 150 upright stones — is back on dry land, thanks to record heat and drought in Europe this summer.

The megalithic monuments – known as the Spanish Stonehenge, located several miles from the town Peraleda de la Mata – have been underwater since the 1963 construction of the Valdecañas Dam flooded this region of western Spain. In the summer of 2019, several areas of Europe experienced drought conditions, including Spain, which had its third-driest June of the century, along with above-average temperatures in July and August. The drought conditions were enough to expose the Dolmen of Guadalperal, so that some residents of the nearby town of Peraleda de la Mata were able to see it for the first time. Angel Castaño is president of Raíces de Peralêda, a local cultural association dedicated to preserving the monument. He told AtlasObscura.com:

All my life, people had told me about the dolmen. I had seen parts of it peeking out from the water before, but this is the first time I’ve seen it in full. It’s spectacular because you can appreciate the entire complex for the first time in decades.

When we saw it, we were completely thrilled. It felt like we had discovered a megalithic monument ourselves.

NASA Earth Observatory also reported on the reappearance of the Dolmen of Guadalperal, showing two different satellite images of it, captured in July 2013 and July 2019, by NASA’s Landsat 8 satellite. Note the changing water levels and the widening of the tan ring around the along the reservoir’s shoreline in the second image. These lighter colored sediments are the recently exposed lake bottom. A circle marks the Dolmen of Guadalperal. 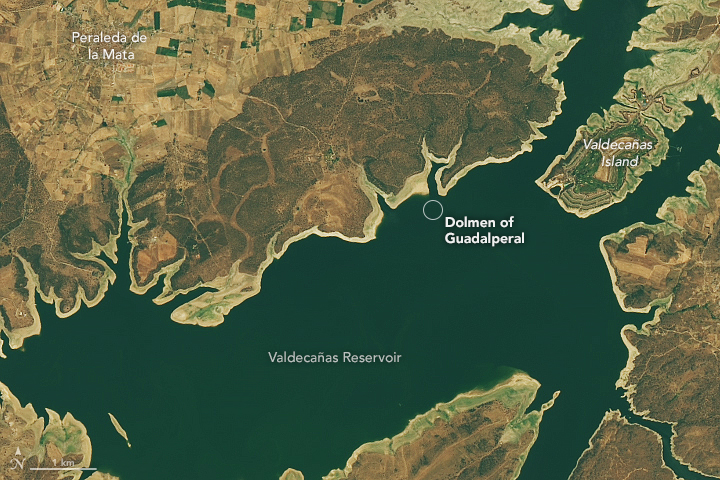 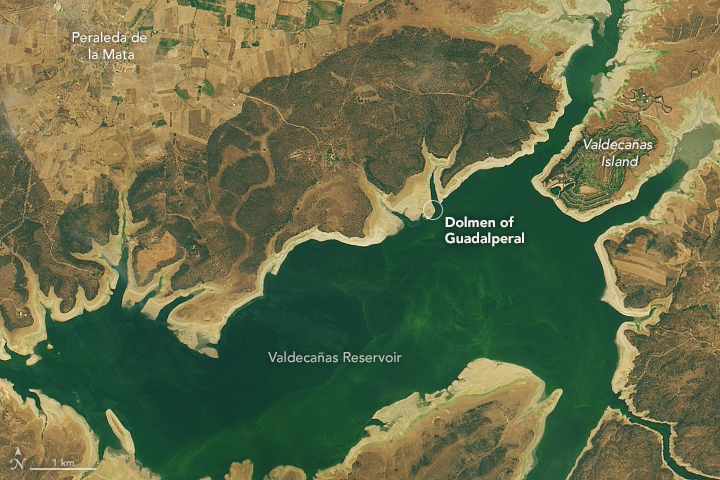 The Dolmen of Guadalperal was found in 1926, part of a research and excavation campaign led by the German archaeologist Hugo Obermaier. Scientists believe it could have been a solar temple, as well as a burial enclave. Roman remains have been found there, including a coin, ceramic fragments and a grinding stone. Axes, ceramics, flint knives and a copper punch were found in a nearby dump. According to the Spanish media outlet Repelando, a settlement was also found nearby, thought to date back to the time of the monument’s construction. There were homes, charcoal and ash stains, lots of pottery, mills and stones to sharpen axes, among other objects, .

Since the 1960s, tips of the tallest megaliths have peaked out of the lake as water levels fluctuated. The monument consists of 150 granite stones or orthostates, placed in vertical arrangement that make up a circular chamber about 15 feet (five meters) in diameter, preceded by an access corridor about 70 feet (21 meters) long.

At the end of the hall, just at the entrance of the chamber, there is a menhir or standing stone, about 6 feet (2 meters) high, that contains the image of a snake. Research suggests this image represents the Tagus River – longest river in the Iberian peninsula – which passes through the area. 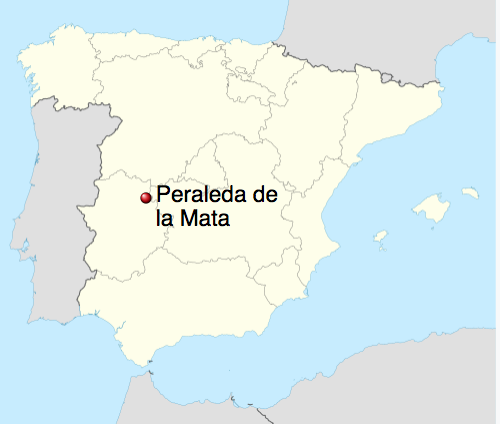 The Dolmen of Guadalperal are located in the town of Peraleda de la Mata in Spain.

Archeologists believe the Dolmen of Guadalperal was originally constructed as an enclosed space — a large stone house with a cap. The dolmen could have served as a tomb, a site for religious rituals, or a trading hub since it was relatively easy to cross the river at this location.

The most recent recorded exploration and excavation of the site was by German archaeologist Hugo Obermaier in the 1920s. By the time Obermaier’s findings were published in the 1960s though, Valdecañas Reservoir was filled with water. 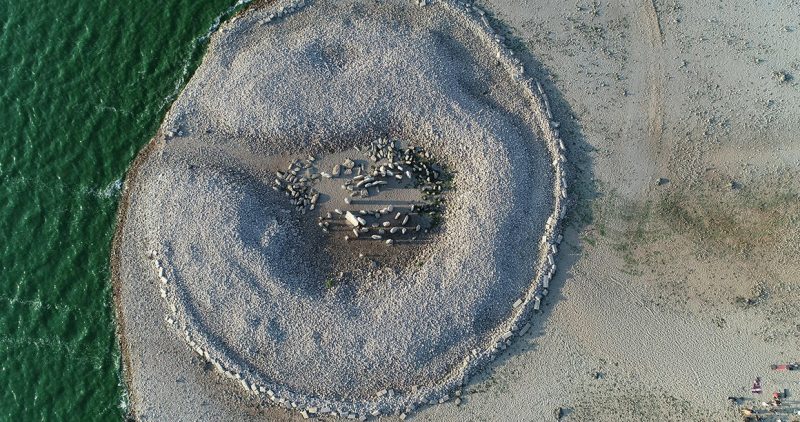 The Dolmen de Guadalperal was excavated and studied in the 1920s, drowned in the 1960s, and dry again in 2019. Image via 1080 Wildlife Productions/ AtlasObscura.

Bottom line: The Dolmen of Guadalperal – aka the Spanish Stonehenge, submerged for 50 years – is back on dry land, thanks to the hot and dry 2019 summer.