Do bats excel at making us sick?

When it comes to hosting viruses, bats may have an edge.

Rabies, it seems, is just the tip of the iceberg. In the past few decades bats have been found to harbor such exotic emerging viruses as Marburg, Hendra and even Ebola. Like rabies, these viruses are newsworthy for their ability to jump from animals to humans (they’re so-called zoonotic* diseases) and for their dreary prognoses once they get there, with mortality rates often exceeding 50 percent. Zoonotic diseases are of particular interest because, under the right circumstances, they can spiral into global epidemics (e.g., AIDS). With scientists warily scanning the horizon for the next outbreak, there has been speculation that bats are somehow unique in their ability to house zoonotic viruses. As a result, bats are starting to get a reputation as something of a biohazard. But do the numbers support this? Are bats really such little germ bags?

With much of the case against bats being anecdotal, a group of scientists led by Angela Luis from Colorado State University at Fort Collins attempted to quantify the allegation. They decided to start by examining how bats stacked up to another animal known for spreading pestilence – rodents.** The two orders of mammals have enough shared qualities to avoid the apples-to-oranges problem of comparing bats to something like chimpanzees. By analyzing existing literature on viruses (both zoonotic and non-zoonotic) found in species of bats and rodents the researchers were able to address which qualities might predispose a species to being a public health threat. 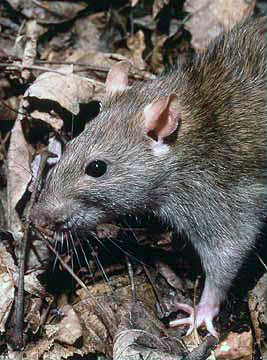 If you’d asked me a week ago to guess which animal was the bigger germ-o-rama, I’d likely have gone with rodents. Having a spent enough time in New York City tripping over rats (on one occasion literally) as they scurried in between the sidewalk trash bins, I’ve come to perceive rodents as none too hygienic. But according to the study’s results, bats are the champion zoonotic virus carriers, at least in this match. Rodents contribute a larger overall diversity of viruses for us to contract, but that’s only because the number of rodent species is about double that of bats. When it comes down to the amount of different viruses housed per species, bats are the hosts with the most. By the numbers, that’s 61 known zoonotic viruses found in bats compared to rodents’ 68, with each species of bat housing an average 1.79 zoonotic viruses (compared to just 1.48 per species for rodents). The pattern was the same for both zoonotic viruses and total viruses (mercifully not every cootie carried by animals can invade human cells), with rodents boasting the greater overall number of viruses, but bats cramming in more per species.

So the rumors aren’t completely unfounded. At least relative to rodents, bats are a better-stocked warehouse of zoonotic viruses, and of viruses in general. But why? What makes bats so special? You may be thinking, “Duh, because bats can fly and rodents can’t”. While that is a conspicuous difference between the two animals, it may not account for bats’ viral edge. The study wasn’t able to examine the impact of flight directly (there aren’t extant flightless species of bats for comparison), but they did find that migratory species of bats were not more prone to carrying zoonotic viruses than those that stayed put. In other words, getting around more doesn’t necessarily equal bringing back more germs. 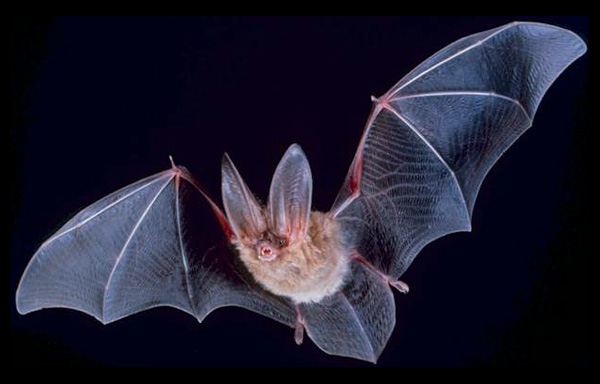 The most notable difference between bats and rodents was how much they were affected by other related species inhabiting their geographic range. While the overlap in habitats increased viral numbers in both orders of animal, the effect was almost 4 times stronger in bats. In other words, bats living in the same regions as other bat species were bigger cootie carriers than rodents who lived near other rodent species. This suggests that viruses are more likely to jump between different species of bats than between different species of rodents. Whether this is caused by behavioral traits (bats are more likely to roost in communities with other bats species, whereas rodents generally prefer to bunk down with more immediate family) or physical difference is still unknown, but either way, such bat species are carting around an impressive number of viruses. 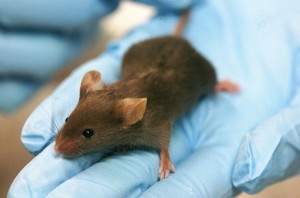 The all too familiar Mus musculus. Image: Rama via Wikipedia.

61 bat-dwelling zoonotic viruses sounds like more than enough to keep global health organizations busy, but there are likely additional ones out there. It would be foolish to assume that we’ve already found every virus housed by every species of bat or rodent. In fact, one rodent was deliberately excluded from the analysis precisely because it is too well studied. Mus musculus, aka the house mouse, has been so thoroughly prodded in laboratories that science has discovered twice the number of viruses in this species than are known for any other rodent. Including it would have thrown off the averages. So you can just imagine the list of diseases we could catalogue if every bat and rodent had the same scientific workup as the house mouse.

Before you declare open season on bats, you should consider a few things. For one, this study looked at viruses per species, not the average number of viruses carried by individual animals. The focus was on whether animals were capable of being infected, rather than the actual infection rates. So not every bat you see is looking to inflict 1.79 maladies on you. (Though you still shouldn’t pick them up and kiss them on the forehead.) And the authors are quick to remind us that bats are vital to the ecosystem (who else is going to eat all those bugs for you?) and that rodents, were their greater species diversity, still account for more overall viruses.

And let’s not forget that the spread of disease goes both ways. Bats populations are currently being devastated by fungal diseases, which can potentially be tracked between caves by spelunking humans. So after you’ve finished washing your hands of any nasty bat viruses encountered on a cave tour, don’t forget to disinfect your clothing and gear too. Better still, don’t reuse the same items for future caving. Because if bats had peer-reviewed science journals and internet search engines, I suspect entering the words “homo sapiens disease vector” would yield plenty of hits.

* A disease is called a zoonosis if it is passed to humans from other animals. Conversely, if you were to give the flu to your cat, that would be an “anthroponosis”.

** Please shelve your questions/concerns about bubonic plague for the moment. While its spread is facilitated by rodents, the actual disease causing agent is a bacterium – Yersinia pestis – not a virus. Bacterial zoonoses will have to be addressed another day.