Covid-19 will probably become endemic. Here’s what that means

Rather than completely disappear – even when vaccines become available- it’s likely that the coronavirus SARS-CoV-2 will be added to the family of infectious diseases known as “endemic” in the human population. 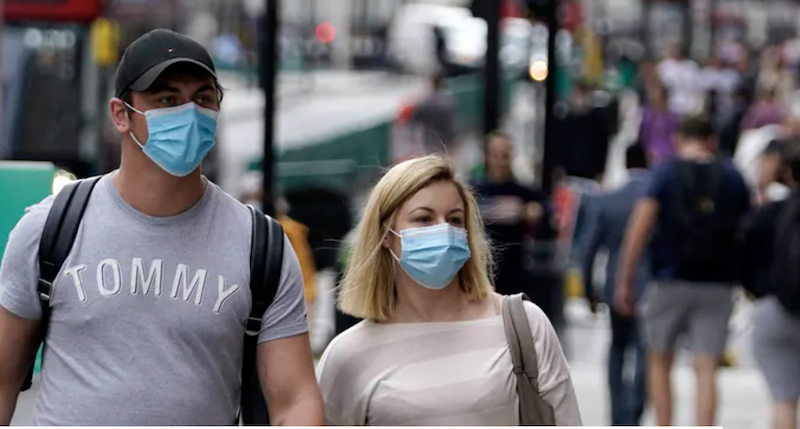 Masks help prevent the spread of Covid-19. Image via Will Oliver/ EPA/ The Conversation.

We can’t say with any certainty what the future of Covid-19 is. But based on our experience with other infections, there is little reason to believe that the coronavirus SARS-CoV-2 will go away any time soon, even when vaccines become available. A more realistic scenario is that it will be added to the (large and growing) family of infectious diseases that are what is known as “endemic” in the human population.

With the worldwide spread of the disease increasing again, it seems unlikely that the currently available measures can do more than bring that spread under control, except in countries that can effectively isolate themselves from the outside world. The fact that the vast majority of people are still susceptible to some degree means that there is sufficient fuel for the fire to keep burning for quite some time.

This will be the case even if specific locations reach what is known as population (or herd) immunity (and it’s not clear how likely this is to happen). When a sufficient number of people become immune to a disease, either through vaccination or natural infection, its spread starts to slow down and the number of cases gradually decreases. But that doesn’t mean it will disappear instantly or completely.

Outside any areas with population immunity, there are likely to be plenty of locations that still have enough susceptible individuals to keep transmission going. No measure of isolation is so strong that it will completely stop human interaction between regions, within and between countries, or globally.

It’s also possible that the spread of an infection will eventually stabilize at a constant level so that it becomes present in communities at all times, possibly at a relatively low, sometimes predictable rate. This is what we mean when we say a disease is endemic.

This can occur when effective control has eliminated the infection elsewhere, or because the conditions needed for effective transmission can only be found in specific locations. This is the case for malaria and many other infections transmitted by mosquitoes. 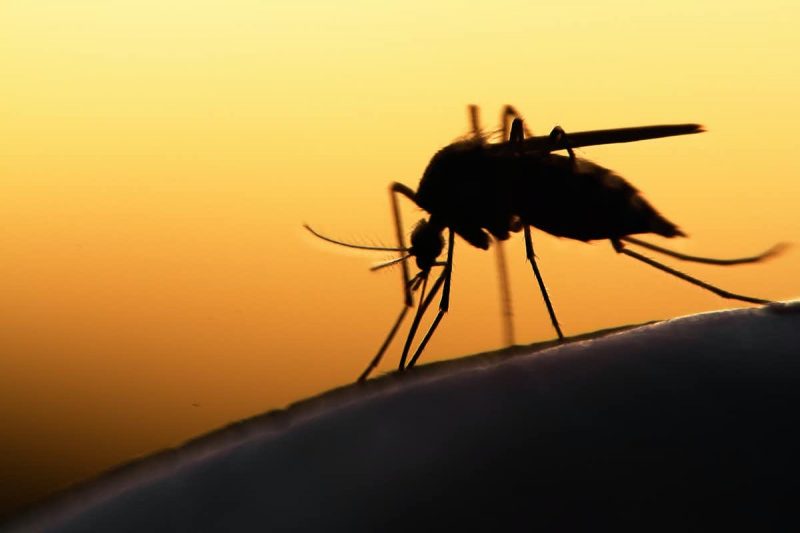 Malaria is endemic in many countries. Image via Mycteria/ Shutterstock.

Theoretically speaking, an infection becomes endemic if on average each infected individual transmits it to one other person. In other words, when the reproduction number (R) = 1. In comparison, during an epidemic when the spread of the disease is increasing, R is more than 1, and when the spread is decreasing through control measures or population immunity, R is less than 1.

In practice, there are a number of patterns that can be observed in endemic diseases. Some can exist at low levels throughout the year, while others might show periods of higher transmission interspersed with periods of low transmission. This might happen if seasonal factors influence how much contact people have with one another, how susceptible they are to the disease, or other organisms that spread it such as insects.

As long as there is a sufficient supply of people still susceptible to the disease for each infected person to pass it on to, it will continue to spread. This supply can be replenished in various ways, depending on the characteristics of the disease.

In diseases that give permanent immunity after infection, each new child born is susceptible after the immunity obtained from the mother wears off. This is why childhood infections such as measles are endemic in many parts of the world where the birth rate is high enough.

In diseases that only give temporary immunity through natural infection, people lose that immune protection to become susceptible again. A virus or bacteria can also evade the immune memory by mutation so that people with immunity to an older strain will become susceptible to the new version of the disease. Influenza is a prime example.

We don’t yet know how long immunity from infection from Covid-19 will last, or how good vaccines will be at protecting people. But other coronaviruses that are endemic in the human population, such as those that cause colds, only confer temporary immunity of about one year.

Another important point is that people with immunity, whether from infection or vaccination, are rarely evenly distributed throughout a community or country, let alone the world. Certainly in the case of Covid-19, there are areas where the infection has spread more intensively and areas that have been relatively spared. Without even distribution, there is no population immunity even if enough people have been vaccinated to meet the predicted necessary threshold.

In these cases, the average R can be low enough that the infection is under control, but in the unprotected pockets it will be well above 1. This leads to localized outbreaks and allows the disease to remain endemic. It continues to spread from place to place, seeded by a few locations where population density and interaction are high enough, and protection low enough, to sustain transmission.

How we deal with Covid-19 once it becomes endemic will depend on how good our vaccines and treatments are. If they can protect people from the most severe outcomes, the infection will become manageable. Covid-19 will then be like several other diseases that we have learned to live with and many people will experience during their lives.

Depending on whether immunity – either from natural infection or from vaccination – is permanent or temporary, we may need yearly vaccine updates to protect us (like influenza). Or it could be controlled by vaccination at some optimal age (like many childhood infections).

If vaccines not only prevent clinical disease but also strongly reduce transmission and confer long-lasting immunity, we can envisage other scenarios, such as the potential eradication of the disease. But realistically this is unlikely. Eradication is notoriously difficult, even for diseases for which we have almost perfect vaccines and permanent immunity. Endemic disease is therefore the most likely outcome.

Bottom line: Scientists suspect that the coronavirus SARS-CoV-2 will not go away any time soon, even when vaccines become available. A more realistic scenario is that it will be added to the family of infectious diseases known as “endemic” in the human population.