In September, India hoped to become the 4th nation to soft land on the moon successfully with its Chandrayaan 2 mission. Moments before touchdown, the mission’s Vikram lander crashed. Now the lander has been found again. 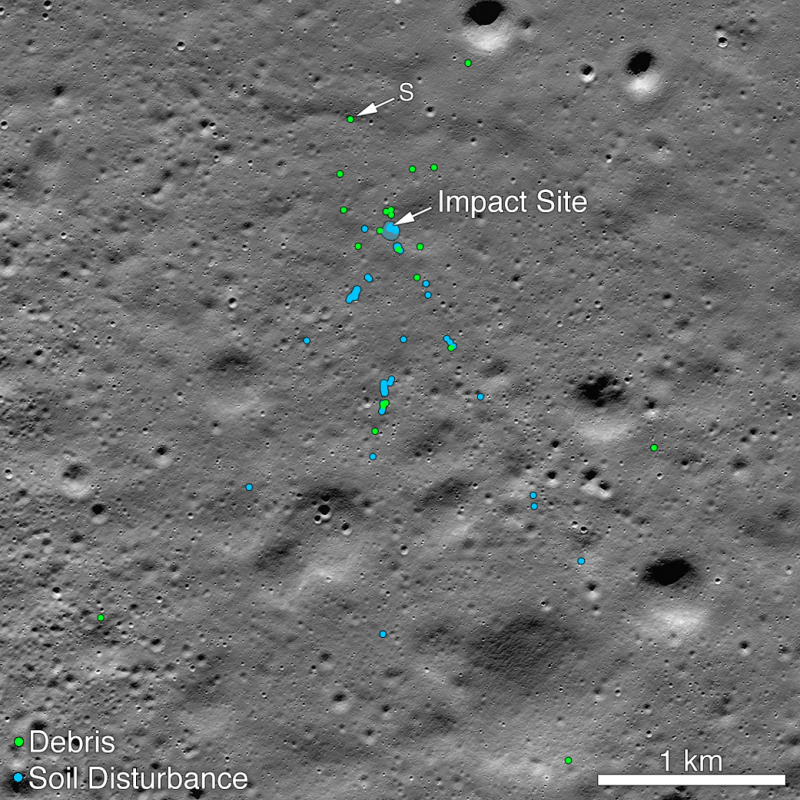 Here’s a great twist to the heartbreaking story of the loss of India’s Vikram moon lander, which had been scheduled to soft-land on September 6, 2019 (September 7 in the U.S.). Only minutes before touchdown, communications with the lander were lost, and the lander was not heard from again. It remained lost – crashed somewhere on the moon’s surface – until being found again by a Chennai-based engineer, Shanmuga Subramanian. He not only located the debris from the Vikram moon lander that scientists had been seeking. He also helped guide scientists to the spot where the lander had crashed, enabling NASA’s Lunar Reconnaissance Orbiter to acquire the images on this page.

India had hoped to become the fourth nation to soft land on the moon successfully with its Chandrayaan 2 mission, which carried the lander to the moon. If it had succeeded, it would have followed the former Soviet Union, the U.S. and, as of 2019, China. The Chandrayaan 2 mission’s Vikram lander had been targeted for a highland smooth plain about 400 miles (600 km) from the moon’s south pole. But it wasn’t to be. The news of Vikram’s crash – conveyed by the Indian Space Research Organisation (ISRO) – saddened space enthusiasts around the world, although, as NASA said in a statement:

Despite the loss, getting that close to the surface was an amazing achievement.

After the crash, space scientists around the world began scanning spacecraft images for signs of Vikram’s debris on the moon. The Lunar Reconnaissance Orbiter Camera (LROC) team acquired images to make a mosaic of the approximate location on September 17, and released them on September 26. Many people have downloaded the mosaic to search for signs of Vikram, NASA said.

It was Shanmuga Subramanian – who runs the Facebook page Chennai Rains – who contacted the NASA project with the first positive identification of debris. A December 3, 2019, article by Manasa Rao at TheNewsMinute.com – which reports and writes specifically on issues in India – quoted Subramanian as saying:

I feel very happy that I could find the debris. I kept comparing picture by picture for almost a week and used to do it for seven hours a day. 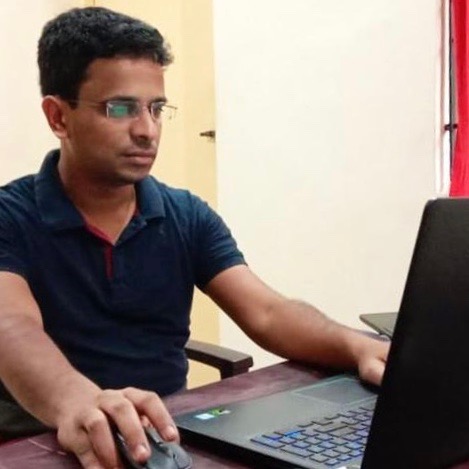 This is 33-year-old Shanmuga Subramanian. He graduated in engineering from the Government Engineering College in Tirunelveli, India. He’s been working as an IT engineer for 12 years but is also a citizen scientist whose regular updates regarding rains in Chennai – with the help of radar data and satellite imagery – has been helpful to people, according to TheNewsMinute.com. Go to that website to see a cool video interview with Subramanian, in which he describes his feelings about finding India’s Vikram lander.

After receiving Subramanian’s tip, the Lunar Reconnaissance Orbiter Camera (LROC) team confirmed the identification by comparing before and after images. NASA explained:

When the images for the first mosaic were acquired the impact point was poorly illuminated and thus not easily identifiable. Two subsequent image sequences were acquired on October 14 and 15, and November 11. The LROC team scoured the surrounding area in these new mosaics and found the impact site (70.8810°S, 22.7840°E, 834 m elevation) and associated debris field. The November mosaic had the best pixel scale (0.7 meter) and lighting conditions (72° incidence angle).

The debris first located by Shanmuga is about 750 meters northwest of the main crash site and was a single bright pixel identification in that first mosaic (1.3 meter pixels, 84° incidence angle).

The November mosaic best shows the impact crater, ray and extensive debris field. The three largest pieces of debris are each about 2×2 pixels and cast a one pixel shadow. 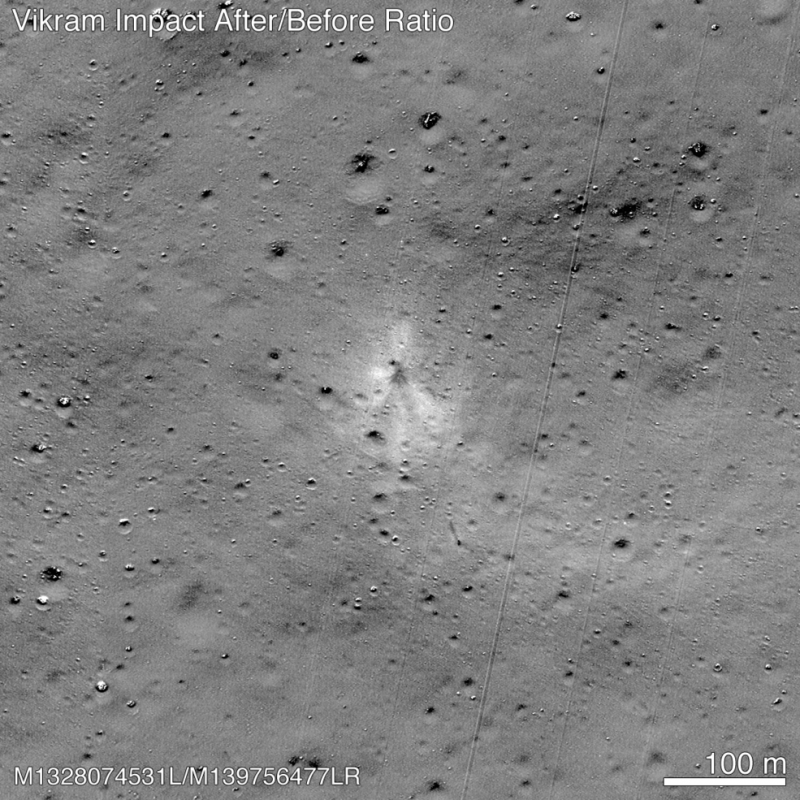 This before and after image ratio highlights changes to the surface; the impact point is near center of the image and stands out due the dark rays and bright outer halo. Note the dark streak and debris about 100 meters to the SSE of the impact point. Diagonal straight lines are uncorrected background artifacts. Image via NASA/ Goddard/Arizona State University.

Before and after images show the Vikram impact point. NASA thinks the changes to the moon’s surface are more easily seen in the ratio image presented above. Image via NASA/ Goddard/Arizona State University.

Bottom line: A Chennai-based engineer, Shanmuga Subramanian, helped NASA find the crash-landing site of India’s Vikram moon lander. The lander – part of India’s Chandrayaan 2 mission – was scheduled to land on the moon on September 6, 2019 (September 7 in the U.S.), and crashed moments before touchdown.