The pace of archaeological discoveries has picked up in recent decades, helping to refine the human story. 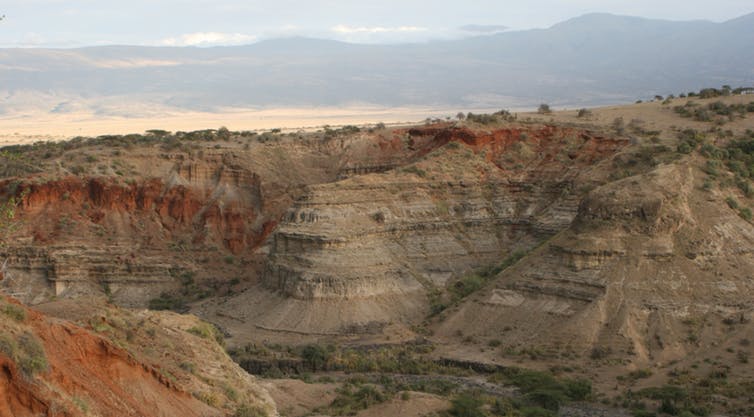 Nearly a century ago, archaeologists started to shift the focus of human origins research from Europe to Africa’s “cradles of humankind” like Oldupai (Olduvai) Gorge in Tanzania. What will the next big shifts be? Image via Manuel Domínguez-Rodrigo.

The Taung Child, our first encounter with an ancient group of proto-humans or hominins called australopithecines, was a turning point in the study of human evolution. This discovery shifted the focus of human origins research from Europe and Asia onto Africa, setting the stage for the last century of research on the continent and into its “Cradles of Humankind.”

Few people back then would’ve been able to predict what scientists know about evolution today, and now the pace of discovery is faster than ever. Even since the turn of the 21st century, human origins textbooks have been rewritten over and over again. Just 20 years ago, no one could have imagined what scientists know two decades later about humanity’s deep past, let alone how much knowledge could be extracted from a thimble of dirt, a scrape of dental plaque or satellites in space.

In Africa, there are now several fossil candidates for the earliest hominin dated to between 5 and 7 million years ago, when we know humans likely split off from other Great Apes based on differences in our DNA.

Although discovered in the 1990s, publication of the 4.4 million year old skeleton nicknamed “Ardi” in 2009 changed scientists’ views on how hominins began walking.

Rounding out our new relatives are a few australopithecines, including Australopithecus deryiremeda and Australopithecus sediba, as well as a potentially late-surviving species of early Homo that reignited debate about when humans first began burying their dead. 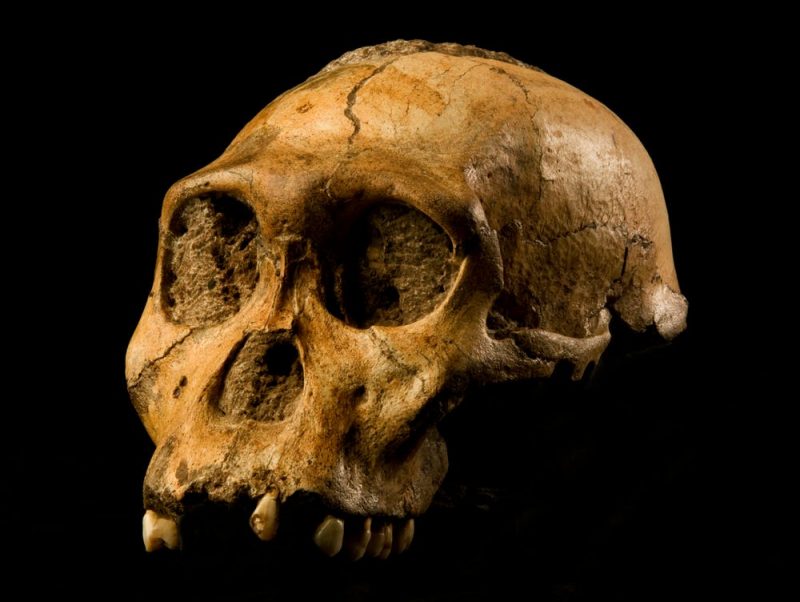 Fossils like that of Australopithecus sediba, discovered in South Africa by a 9-year-old boy, are reshaping the human family tree. Image via Brett Eloff/ Courtesy Prof Berger and Wits University.

Perspectives on our own species have also changed. Archaeologists previously thought Homo sapiens evolved in Africa around 200,000 years ago, but the story has become more complicated. Fossils
discovered in Morocco have pushed that date back to 300,000 years ago, consistent with ancient DNA evidence. This raises doubts that our species emerged in any single place.

This century has also brought unexpected discoveries from Europe and Asia. From enigmatic “hobbits” on the Indonesian island of Flores to the Denisovans in Siberia, our ancestors may have encountered a variety of other hominins when they spread out of Africa. Just this year, researchers reported a new species from the Philippines.

Anthropologists are realizing that our Homo sapiens ancestors had much more contact with other human species than previously thought. Today, human evolution looks less like Darwin’s tree and more like a muddy, braided stream. 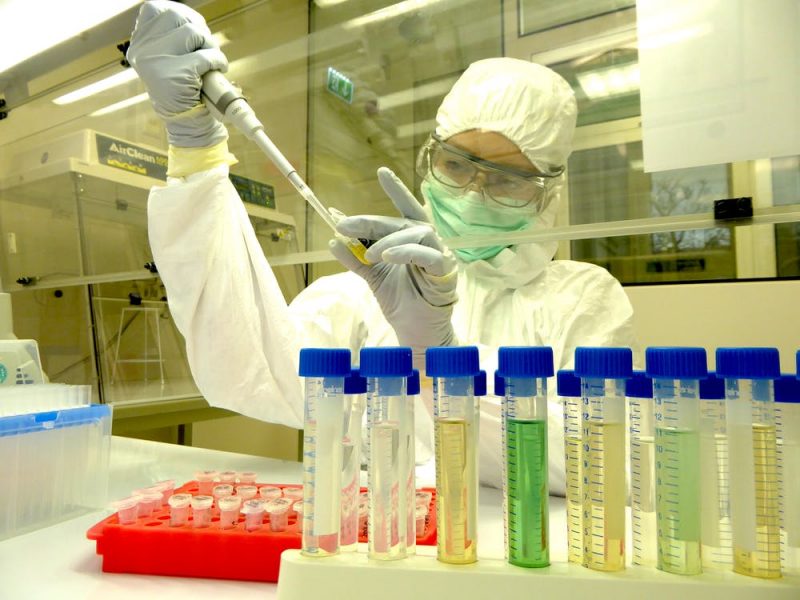 The rise of biomolecular archaeology means new opportunities for interdisciplinary collaboration among field- and lab-based scientists. Image via Christina Warinner.

Many recent discoveries have been made possible by the new science of ancient DNA.

Since scientists fully sequenced the first ancient human genome in 2010, data from thousands of individuals have shed new insights on our species’ origins and early history.

One shocking discovery is that although our lineages split up to 800,000 years ago, modern humans and Neanderthals mated a number of times during the last Ice Age. This is why many people today possess some Neanderthal DNA. 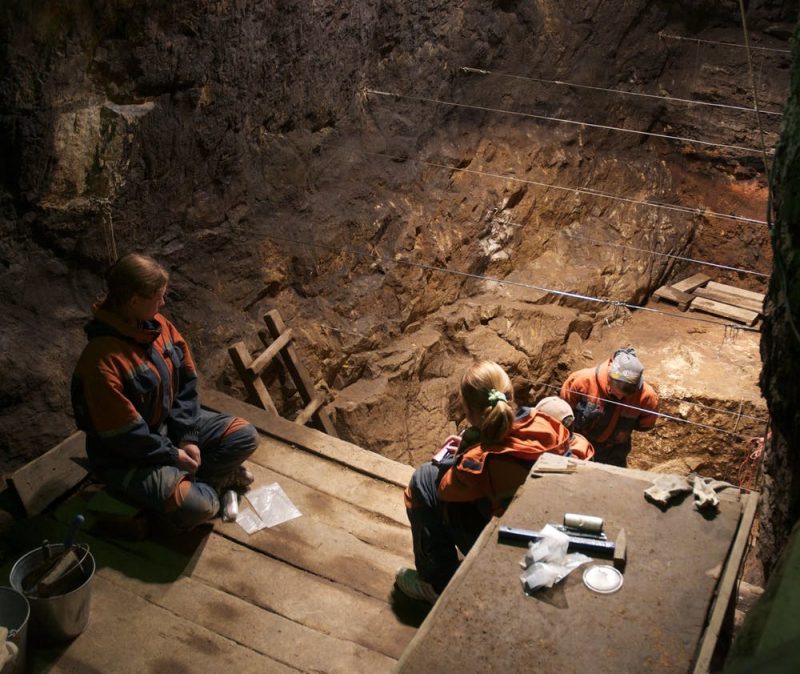 The 2010 excavation in the East Gallery of Denisova Cave, where the ancient hominin species known as the Denisovans were discovered. Image via Bence Viola. Dept. of Anthropology, University of Toronto.

Ancient DNA is how researchers first identified the mysterious Denisovans, who interbred with us and Neanderthals. And while most studies are still conducted on bones and teeth, it is now possible to extract ancient DNA from other sources like cave dirt and 6,000-year-old chewing gum.

The applications go far beyond humans. Paleogenomics is yielding surprising discoveries about plants and animals from ancient seeds and skeletons hidden in the back rooms of museums. 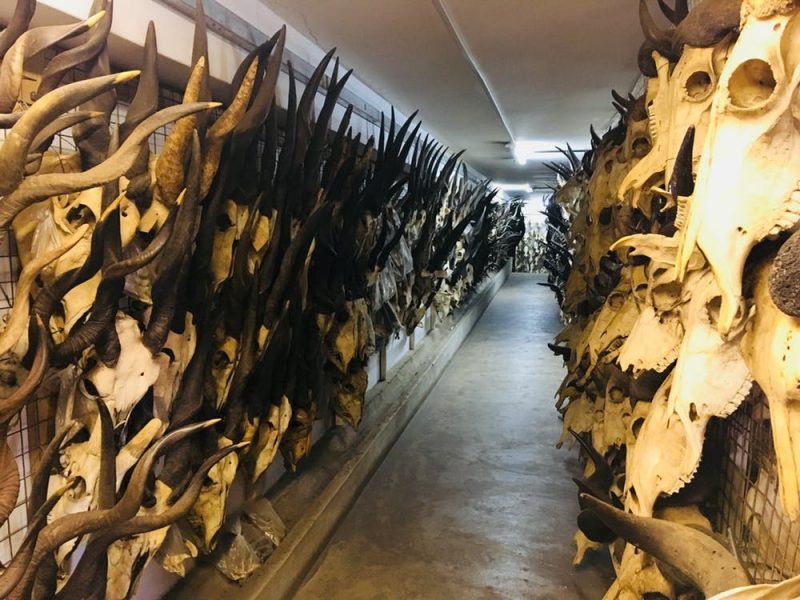 Natural history museums hold a wealth of information, some of which can only be tapped through new biomolecular methods. Scientists analyze modern and fossil animal skeletons to ask questions about the past using ancient proteins. Image via Mary Prendergast at National Museums of Kenya.

Biomolecules are making the invisible visible

DNA is not the only molecule revolutionizing studies of the past.

Paleoproteomics, the study of ancient proteins, can determine the species of a fossil and recently linked a 9-foot tall, 1,300-pound extinct ape that lived nearly 2 million years ago to today’s orangutans.

Dental calculus – the hardened plaque that your dentist scrapes off your teeth – is particularly informative, revealing everything from who was drinking milk 6,000 years ago to the surprising diversity of plants, some likely medicinal, in Neanderthal diets. Calculus can help scientists understand ancient diseases and how the human gut microbiome has changed over time. Researchers even find cultural clues – bright blue lapis lazuli trapped in a medieval nun’s calculus led historians to reconsider who penned illuminated manuscripts. 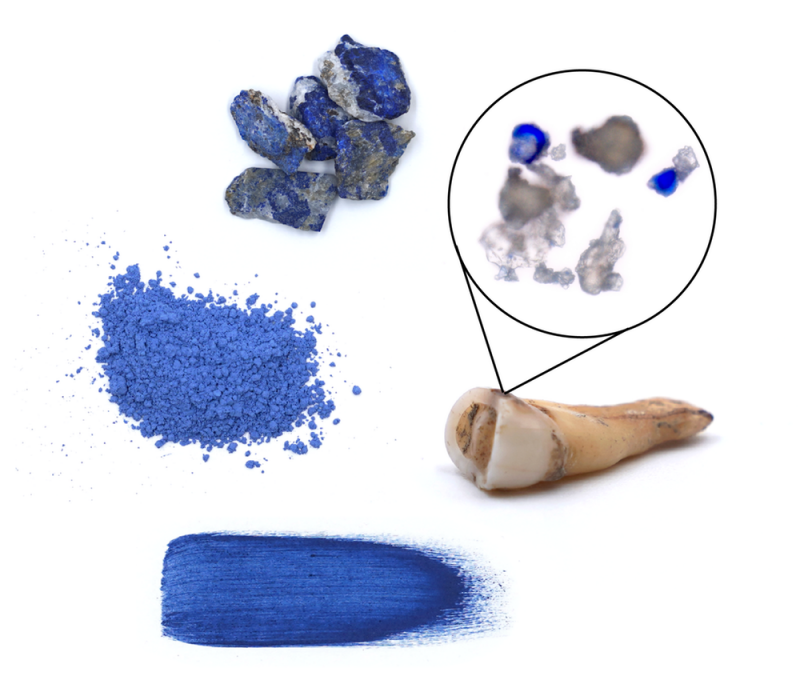 Scientists unexpectedly found lazurite pigment in calcified plaque clinging to an 11th- to 12th-century woman’s tooth, challenging the assumption that male monks were the primary makers of medieval manuscripts. Image via Christina Warinner.

Lipid residues trapped in pottery have revealed the origins of milk consumption in the Sahara and showed that oddly shaped pots found throughout Bronze and Iron Age Europe were ancient baby bottles.

Researchers use collagen-based “barcodes” of different animal species to answer questions ranging from when Asian rats arrived as castaways on Africa-bound ships to what animals were used to produce medieval parchment or even to detect microbes left by a monk’s kiss on a page.

While biomolecules help researchers zoom into microscopic detail, other approaches let them zoom out. Archaeologists have used aerial photography since the 1930s, but widely available satellite imagery now enables researchers to discover new sites and monitor existing ones at risk. Drones flying over sites help investigate how and why they were made and combat looting. 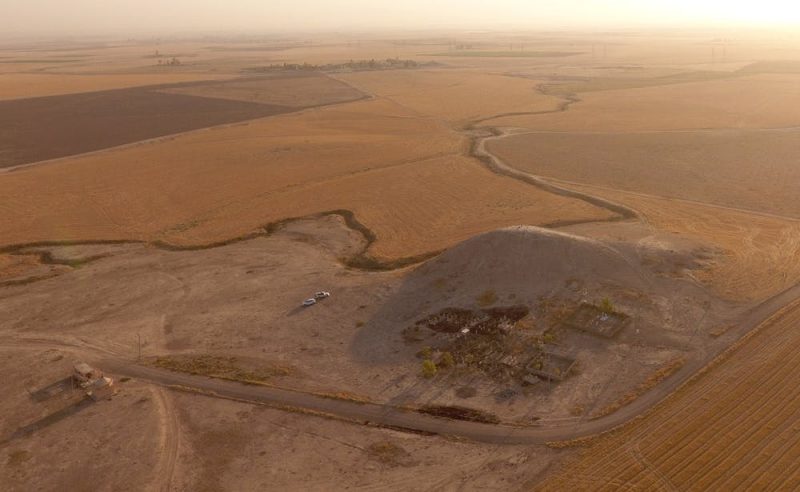 Archaeologists increasingly use technology to understand how sites fit into their environment and to document sites at risk. Here, a drone captured a tell (a mound indicating build-up of ancient settlements) in the Kurdistan Region of Iraq. Image via Jason Ur.

Originally developed for space applications, scientists now use LIDAR – a remote sensing technique that uses lasers to measure distance – to map 3D surfaces and visualize landscapes here on Earth. As a result, ancient cities are emerging from dense vegetation in places like Mexico, Cambodia and South Africa.

Technologies that can peer underground from the surface, such as Ground Penetrating Radar, are also revolutionizing the field – for example, revealing previously unknown structures at Stonehenge. More and more, archaeologists are able to do their work without even digging a hole. 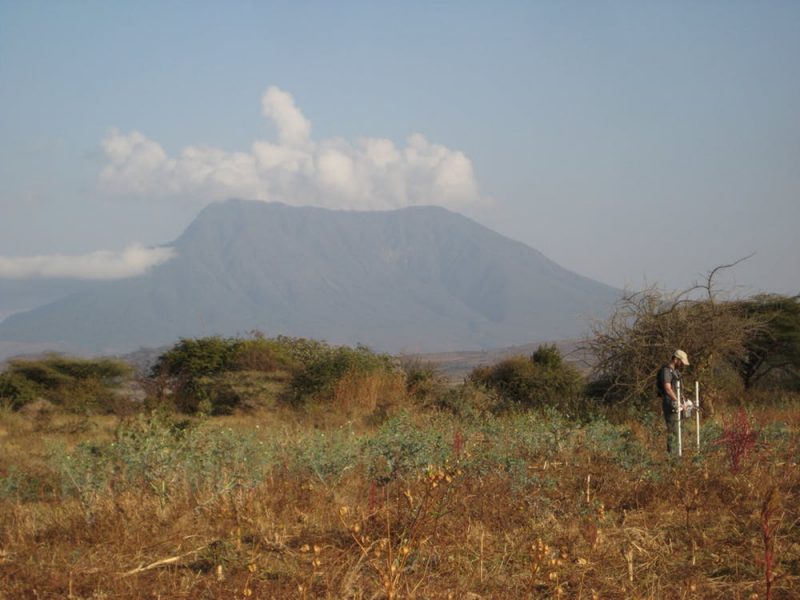 Teams of archaeologists are combining big datasets in new ways to understand large-scale processes. In 2019, over 250 archaeologists pooled their findings to show that humans have altered the planet for thousands of years, for example, with a 2,000-year-old irrigation system in China. This echoes other studies that challenge the idea that the Anthropocene, the current period defined by human influences on the planet, only began in the 20th century.

These advances bring researchers together in exciting new ways. Over 140 new Nazca Lines, ancient images carved into a Peruvian desert, were discovered using artificial intelligence to sift through drone and satellite imagery. With the wealth of high-resolution satellite imagery online, teams are also turning to crowdsourcing to find new archaeological sites.

Although new partnerships among archaeologists and scientific specialists are not always tension-free, there is growing consensus that studying the past means reaching across fields.

The Open Science movement aims to makes this work accessible to all. Scientists including archaeologists are sharing data more freely within and beyond the academy. Public archaeology programs, community digs and digital museum collections are becoming common. You can even print your own copy of famous fossils from freely available 3D scans, or an archaeological coloring book in more than 30 languages. 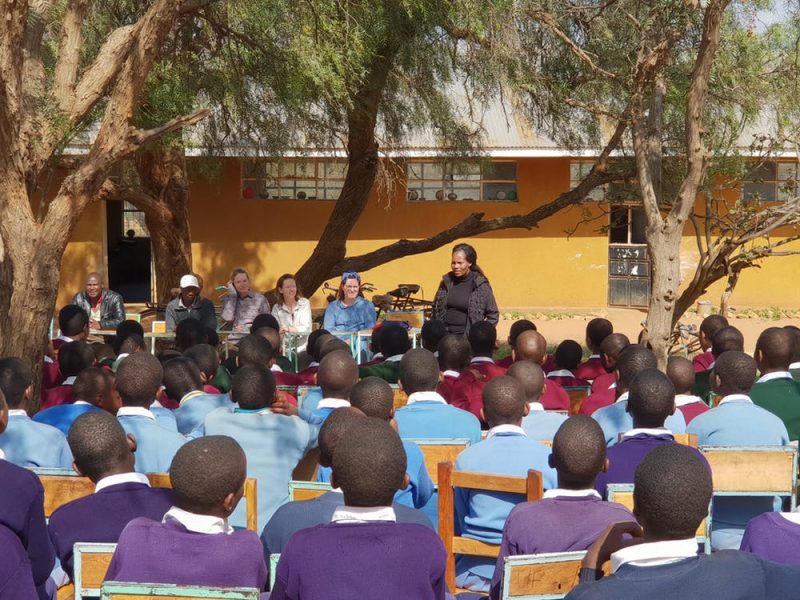 Archaeologists are increasingly reaching out to communities to share their findings, for example at this school presentation in Tanzania. Image via Agness Gidna.

Efforts to make archaeology and museums more equitable and engage indigenous research partners are gaining momentum as archaeologists consider whose past is being revealed. Telling the human story requires a community of voices to do things right.

Studying the past to change our present

As new methods enable profound insight into humanity’s shared history, a challenge is to ensure that these insights are relevant and beneficial in the present and future.

In a year marked by youth-led climate strikes and heightened awareness of a planet in crisis, it may seem counterproductive to look back in time.

Yet in so doing, archaeologists are providing empirical support for climate change and revealing how ancient peoples coped with challenging environments.

As one example, studies show that while industrial meat production has serious environmental costs, transhumance – a traditional practice of seasonally moving livestock, now recognized by UNESCO as intangible cultural heritage – is not only light on the land today, but helped promote biodiversity and healthy landscapes in the past.

Archaeologists today are contributing their methods, data and perspectives toward a vision for a less damaged, more just planet. While it’s difficult to predict exactly what the next century holds in terms of archaeological discoveries, a new focus on “usable pasts” points in a positive direction.