Simplified calendar and no time zones?

In the Hanke-Henry Permanent Calendar, there are no leap years and Christmas always falls on a Monday. Plus, it’s the same time everywhere on Earth. 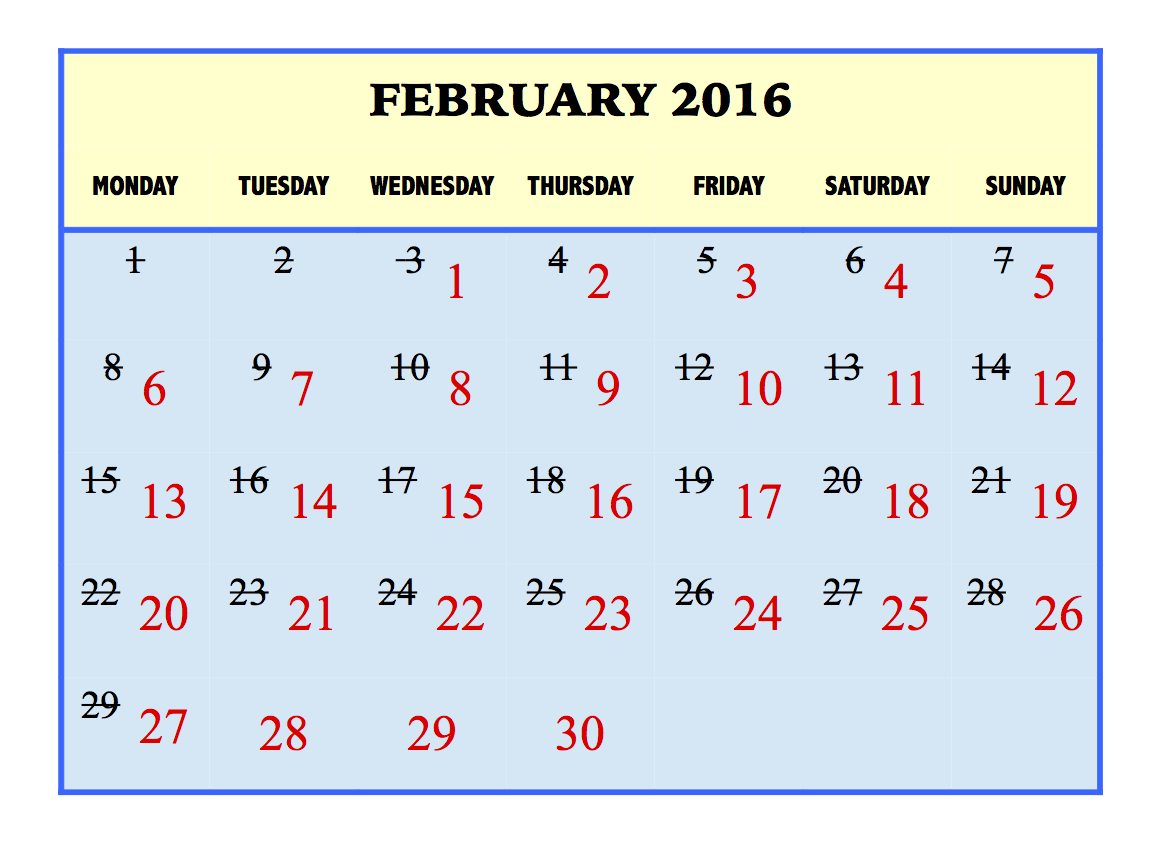 Imagine living in a world where Christmas always falls on a Monday. There’s no more February 29 every four years, as there will be in 2016. And it’s the same time everywhere in the world. That’s some of the changes we’d see in the Hanke-Henry Permanent Calendar, if it’s ever implemented. We’d also have to find a new date for Halloween since October 31 will no longer exist. Also say goodbye to “Friday the 13th” because in the new calendar, the 13th of the month only falls on a Saturday, Monday or Wednesday.

The Hanke-Henry Permanent Calendar was proposed as a more stable alternative to the calendar we currently follow, known as the Gregorian Calendar. It was originally conceived by Bob McClenon in an effort to simplify how we keep time. The concept was further adapted using mathematical formulae by astrophysicist Richard Henry and applied economist Steve Hanke, both at Johns Hopkins University in Baltimore, Maryland. They have proposed a formal start date of Monday, January 1, 2018 for their new calendar.

The Gregorian Calendar was first established in 1582. Over the centuries, it was gradually adopted as the civil calendar for most countries. But it has its quirks. We pay the same rent or mortgage every February and March, even though one month is three days longer than the other, and two days longer on leap years. Retailers that make most of their profits during the traditional gift-buying season are at the mercy of a calendar, developed more than 400 years ago, that determines the number of days between Thanksgiving (which only falls on Thursday) and Christmas. 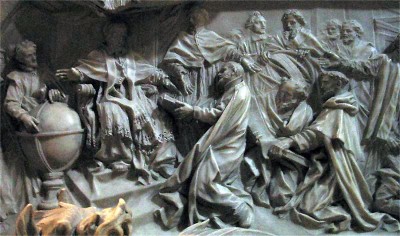 Carving on the tomb of Pope Gregory XIII celebrating the introduction of the Gregorian calendar. Image credit: Rsuessbr via Wikimedia Commons.

Time-keeping can get quite confusing. The world is divided into time zones because we traditionally kept time by the sun’s position in the sky. Today, time zones are set in reference to UTC, the Coordinated Universal Time, and expressed as plus or minus 1 to 12 hours from UTC. Some countries also have Daylight Saving Time from spring to fall so there’s an extra hour of daylight in the evenings.

While time zones generally track with the Earth’s longitude, they’re determined politically, not geographically. China, the third-largest country in the world, has only one time zone. And not long ago, North Korea changed her time zone from UTC+9 hours to UTC+8 hours 30 minutes. 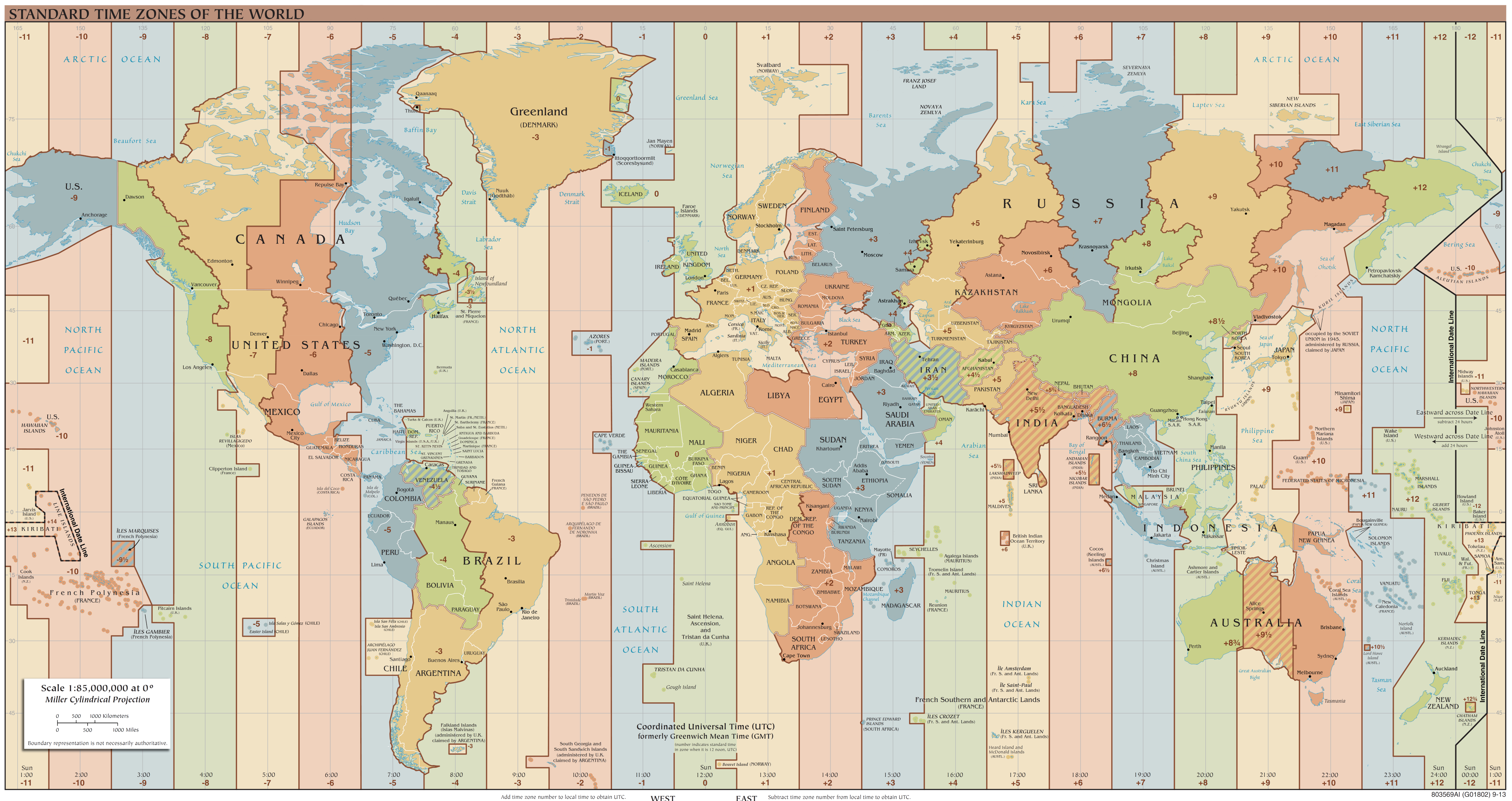 What if there was a simpler way to define the months, days and hours? In a December 2011 press release, when the Hanke-Henry calendar was first announced, Richard Henry said:

Our plan offers a stable calendar that is absolutely identical from year to year and which allows the permanent, rational planning of annual activities, from school to work holidays. Think about how much time and effort are expended each year in redesigning the calendar of every single organization in the world and it becomes obvious that our calendar would make life much simpler and would have noteworthy benefits.

Our calendar would simplify financial calculations and eliminate what we call the ‘rip off’ factor. To determine how much interest accrues on mortgages, bonds, forward rate agreements, swaps and others, day counts are required. Our current calendar is full of anomalies that have led to the establishment of a wide range of conventions that attempt to simplify interest calculations. Our proposed permanent calendar has a predictable 91-day quarterly pattern of two months of 30 days and a third month of 31 days, which does away with the need for artificial day count conventions.

In a nutshell, these are the new features of the Hanke-Henry calendar:
* The same day always falls on the same date, year after year.
* It maintains a 7-day week to preserve a day of religious observance (like Sabbath).
* All months would have 30 days, except March, June, September, and December that are 31 days in duration.
* Every 5 to 6 years, an extra week, a “mini month,” is added to the end of December to bring the calendar in sync with seasonal changes on Earth.

In a February 12, 2016 interview with the Washington Post, Henry and Hanke discussed why they would like to abolish time zones in favor of using UTC time everywhere in the world. The Post asked them why they were strongly advocating one universal time zone. Wouldn’t it be better to regulate time zones with local solar time?

Because from a physics point of view, there IS only one time! And this principle of physics lines up perfectly with the principles of economics….

Local solar time was fine, when almost all activity was local! Today, much activity is global, and ONE time is called for. You’d quickly get used to the new reading on your watch and your clock. I (Henry) recall when my elderly mother in Canada said to me, oh, it was hot today, 30 degrees! If she could change [from measuring temperature in Fahrenheit to measuring it in Celsius], everyone can change!

The reason all the airlines in the world use, today, now, Universal Time (Greenwich time), is so that planes don’t crash into each other. Every pilot and navigator knows what time it is.  As it stands now, we passengers don’t have what the pilots do have and we miss flights because of clock issues and time zones and Daylight Saving Time …  and it’s not just airline flights, it is conference calls as well. 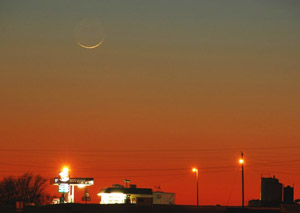 Early people also used the waxing and waning of the moon as a calendar. Photo Credit: Missouri Skies

Is this new calendar leaving you a bit disoriented? There are many “what if’s.”

What if my birthday is January 31st but the new January’s only 30 days long?

What if my kid was born during the extra week that’s tagged on to the end of the year every five or six years? Birthday celebrations only twice in a decade are not going to go down well.

What if I depend on the Gregorian calendar for planting dates in the Old Farmer’s Almanac?

On his website, Henry suggests we should adapt to it.

He also said that the Gregorian calendar won’t disappear and will continue to be available for those who need it.

But you don’t have to wait till 2018 to begin using the Hanke-Henry calendar; it’s available for download on Henry’s website.

Bottom line: Astrophysicist Richard Henry and applied economist Steve Hanke, both of Johns Hopkins University in Baltimore, Maryland, have devised a new calendar system, originally conceived by Bob McClenon. They call it the Hanke-Henry Permanent Calendar and say it is a more stable alternative to the Gregorian Calendar currently used throughout the world. They also advocate abolishment of time zones in favor of Universal Time, so that everyone across the world is on the same clock.