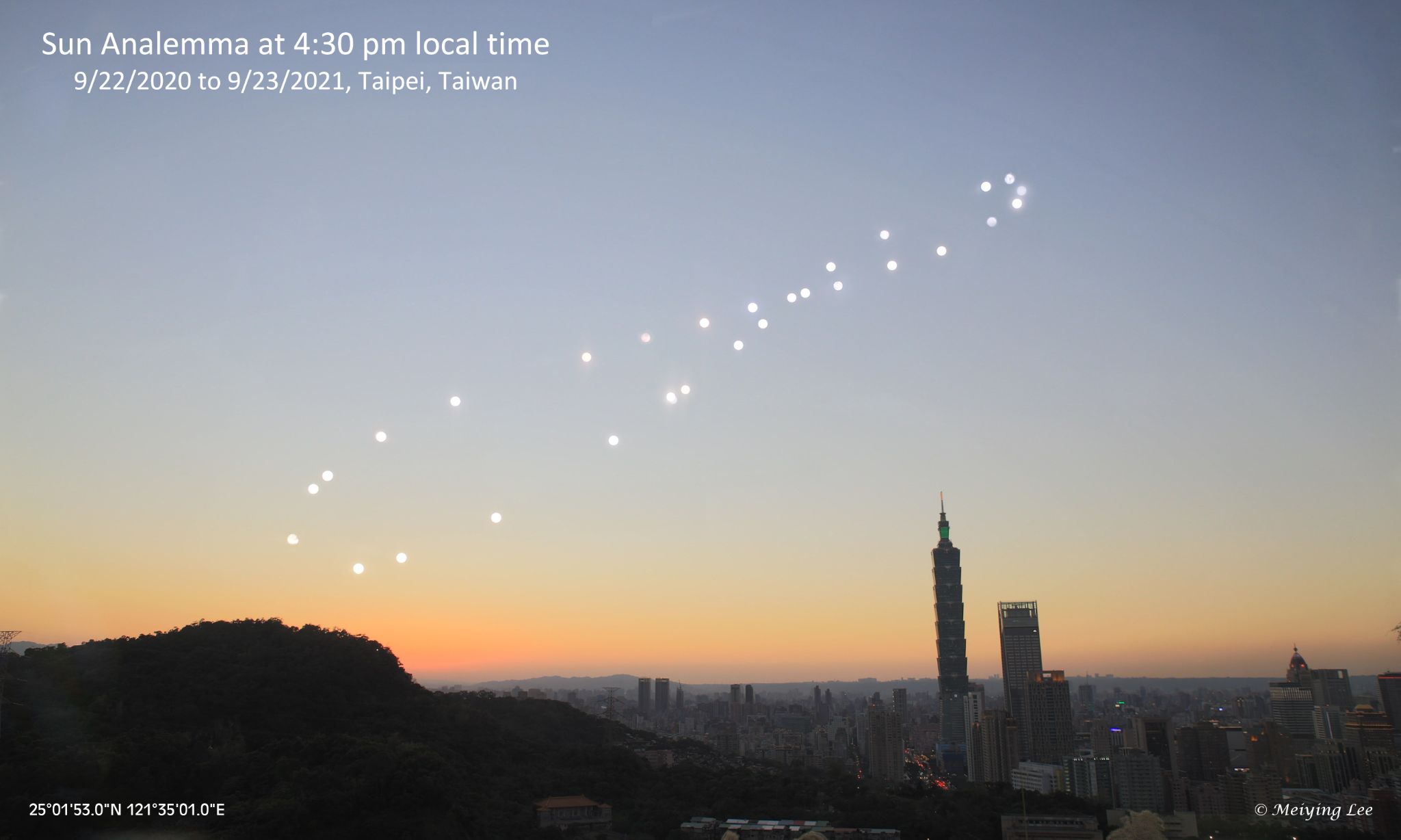 Startrails software was used to composite the sun tracks and foreground

Sun Analemma observed in Taipei, Taiwan at 4:30PM local time.
If you observe the sun at the same location and at the same time every day, you will find that the sun’s trajectory throughout the year looks like a figure 8 drawn in the sky. This is called sun analemma or directly called the sun figure 8. The figure 8 will be formed, which is related to the elliptical orbit of the earth's revolution and the tilt of its rotation axis. This sun analemma photo of Taipei is composed in Startrails by stacking 30 images taken at 4:30PM on different days with sun filter. They were shot from September 22, 2020 to September 23, 2021 from the same viewing platform on an eastern hill of Taipei.The foreground is the city view of Taipei as seen at the location, with the tallest building being Taipei 101, a famous Taipei landmark.