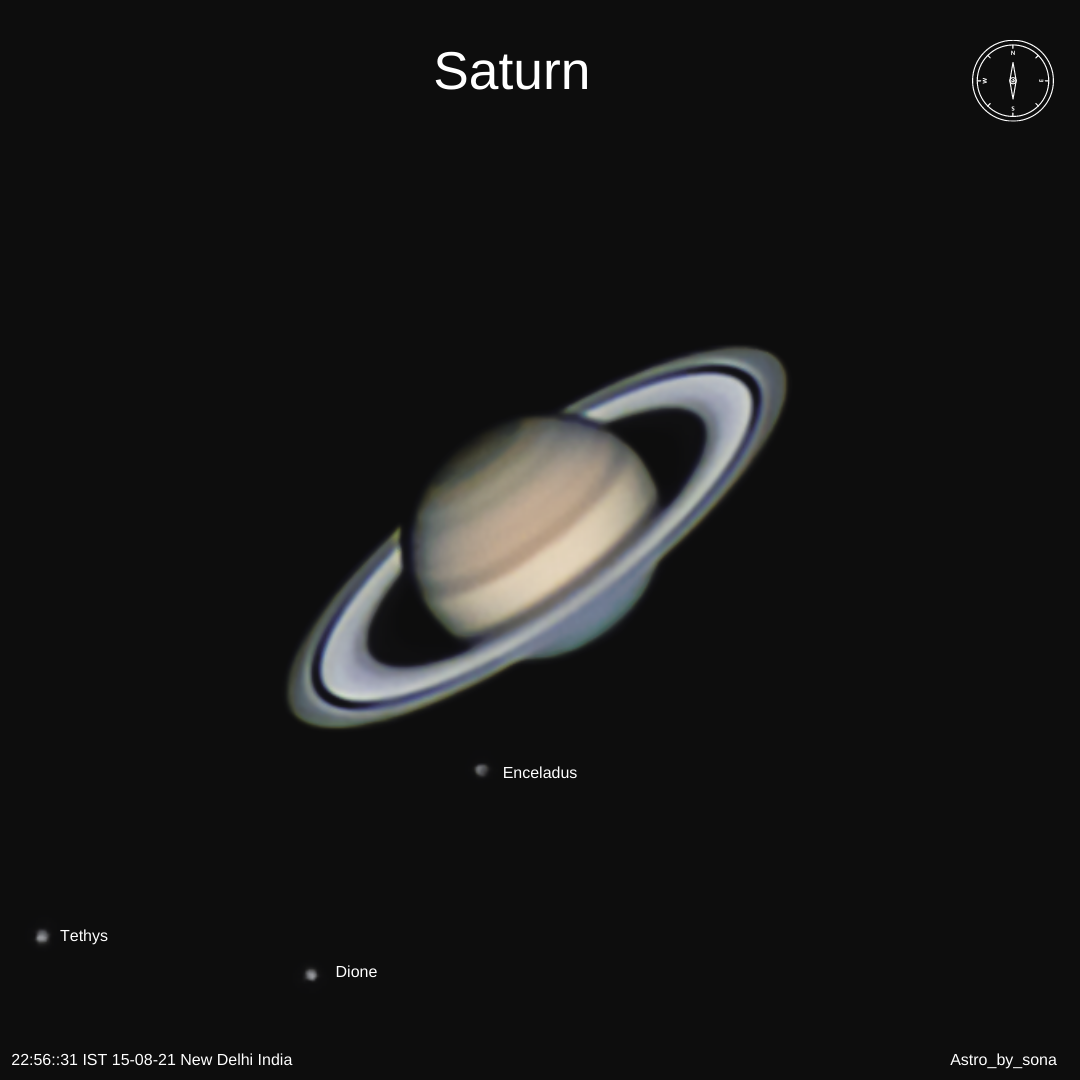 This is probably a decent Saturn for this season, post Saturn's opposition which was on 2nd August the seelinger effect seems to have waned off, Still the planet remains as stunning as always!
It's cool to be able to get few moons around Saturn, here I managed to get Enceladus, the sixth-largest moon of Saturn. It is about 500 kilometers in diameter, about a tenth of that of Saturn's largest moon, Titan. Enceladus is mostly covered by fresh, clean ice, making it one of the most reflective bodies of the Solar System.
Also seen are Tethys & Dione.