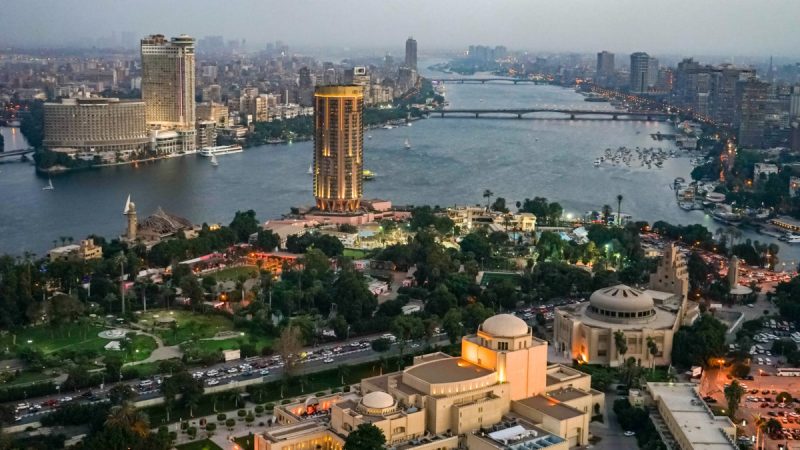 The Nile River in Cairo, Egypt. Image via Nina R./University of Texas.

The steady northward path of the Nile River – stretching over 4,225 miles (6,800 km) – has nourished the fertile valleys of northeast Africa for millions of years, and is still important for irrigation and transportation. For scientists, however, the Nile’s path has been a geologic mystery. That’s because long-lived rivers usually change course over time. Why has the northward course of the Nile remained so steady for millions of years?

A new study suggests that the river would’ve changed course westward many, many years ago if it weren’t for the movement of rock in the Earth’s deep mantle keeping the Nile on course. The Earth’s mantle is composed of solid rock that flows like a fluid over long periods. Like currents in an ocean, different areas of the mantle have different circulation patterns.

University of Texas geologist Claudio Faccenna is lead author of the paper, published November 11, 2019, in the journal Nature Geoscience. Faccenna said in a statement:

One of the big questions about the Nile is when it originated and why it has persisted for so long.

In the course of their investigation, the researchers also found the river to be 30 million years old – about 6 times older than previously thought. 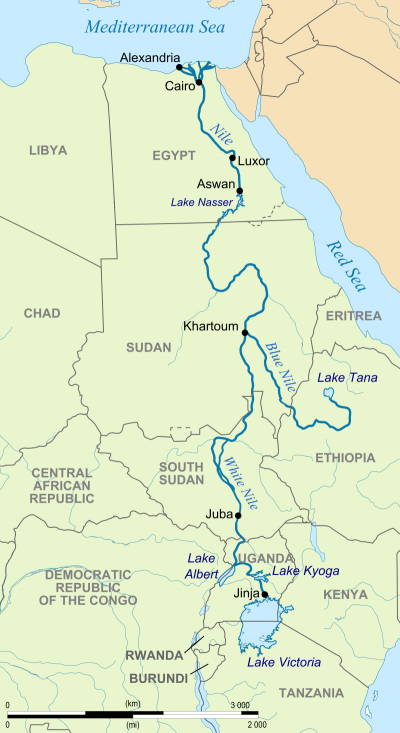 In the paper, the researchers connected the tilted nature of the Nile’s topography (the arrangement of an area’s physical features) to a conveyor belt of mantle rock pushing up against the Ethiopian Highlands in the south and pulling the surface down in the north. From beginning to end, the gentle gradient keeps the Nile on a consistent northward course.

The research team traced the Nile’s geological history by studying ancient volcanic rock in the Ethiopian Highlands and correlating it with enormous deposits of river sediment buried under the Nile Delta. Their analysis suggested that after rising dramatically, the Ethiopian Highlands have remained at a similar height for millions of years, which the researchers attribute to the support of the mantle rock from below.

Thorsten Becker is a University of Texas geologist and co-author of the study. He said:

We know that the high topography of the Ethiopian plateau was formed about 30 million years ago.

Until now, however, it was unclear how this topography has been maintained for so long.

The team verified their findings using computer simulations that re-created 40 million years of Earth’s plate tectonic activity. The model suggested that a hot mantle plume probably led to the outpouring of lava that formed the Ethiopian Highlands, while activating a conveyor belt in the mantle that persists today.

Bottom line: A new study suggest the reason the Nile River has maintained its northward course for so long, as well as a new estimate for the river’s age.

Source: Role of dynamic topography in sustaining the Nile River over 30 million years