Why do honeybees die after they sting you?

When a honeybee stings, it can’t pull out the barbed stinger – so leaves it behind, along with part of its digestive tract, muscles and nerves.

A honeybee will sting when it perceives a threat to its hive, but when it’s away from the hive foraging, it will rarely sting unless someone steps on it or handles it roughly. And when it does sting, it dies. A honeybee’s stinger is made of two barbed lancets. When the bee stings, it can’t pull the stinger back out. It leaves behind not only the stinger but also part of its digestive tract, plus muscles and nerves. This massive abdominal rupture is what kills the bee. 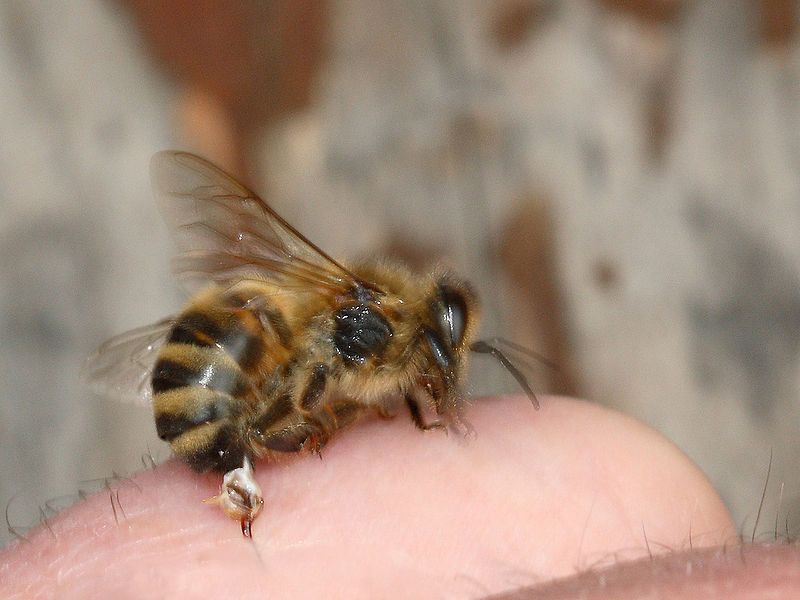 But there’s an advantage for the bees in this. Even after you swat the bee away, a cluster of nerve cells coordinates the muscles of the stinger left behind. The barbed shafts rub back and forth, digging deeper into your skin. Muscular valves pump toxins from an attached venom sac, and deliver it to the wound – for several minutes after the bee is gone.

You might’ve heard people say you should flick off the stinger, or scrape it, rather than pinch it off. But since the stinger continues to work after the bee is gone, it’s only essential that you remove it quickly. Studies show that it doesn’t matter how. And even a few seconds’ delay in debating how to remove it can have a detrimental effect.

Although an individual bee dies when it stings, this makes sense from an evolutionary perspective. Since the worker bees that defend the hive don’t reproduce, the only way they can ensure their genes are passed on is by protecting the hive and their reproductive relatives inside. 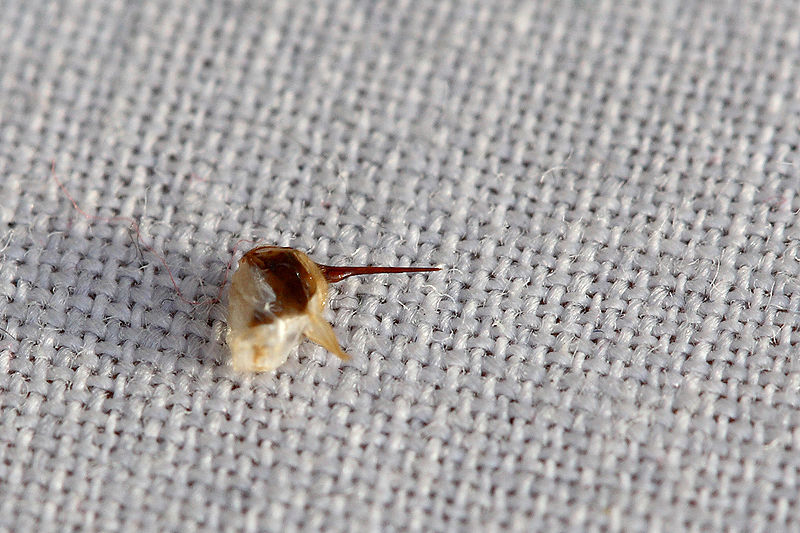 What’s left with you after a sting. Image Credit: Waugsberg

Other stinging insects, like yellowjackets and hornets, don’t die when they sting you. These insects have a special sheath that slides over the barbed stinger and disengages the hooks. It’s possible that these wasps benefit less than bees do from suicide defense, because their relatively inaccessible, honey-less nests aren’t attacked as often. Or perhaps they’re faster fliers and more likely to evade a swat during a sting attack.

Anatomy of stinging parts of a honeybee. Via UC Riverside

When a bee stings you, it gives off a mixture of alarm pheromones from a gland near the sting chamber. These pheromones excite the other bees in the hive, who will open their mandibles, protrude their stingers, and sting anything that moves close to them.

The process of leaving behind a body part as a form of defense – in this case, part of the abdomen – is called autotomy. Other examples in the animal kingdom include lizards dropping their tails and crabs leaving their claws behind when they’re threatened.

Summary: When a honeybee stings a mammal, its barbed stinger lodges in the skin, and the honeybee cannot remove it. Instead, it leaves the double lancet behind, along with part of its digestive tract, muscles and nerves. This abdominal rupture is what kills the bee. 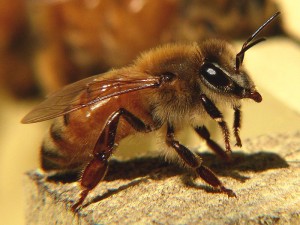 Jeff Pettis on the continuing mystery of honeybees’ decline